Ohio high schools have been racing the 5k distance during the cross country season since 1982. Until a few days ago the fastest 5k cross country time recorded by a high school runner from Ohio was by Scott Fry (Sandusky Perkins) at the Kinney Cross Country National meet way back in 1984 -- more than 3 decades ago. Fry was the national champion that year with a blazing time of 14:50. He won by 17 seconds! Since then many heralded Ohio runners -- including Bob Kennedy, Zach Wills, Jeff See, John Sence and Michael Brajdic to name a few - have posted fast times and outstanding performances but none of them posted a time that matches that of Andrew Jordan. The Watkins Memorial senior has been crushing course records this fall dropping his PR from 15:29 at the beginning of the season to 15:14 at Pickerington to 14:59 on his home course to 14:44 at Galion on September 19th. That 14:44 is the fastest time ever recorded by a high school boy in the state of Ohio and is the 2nd fastest time in the nation. Jordan's talents will be on display this Saturday at the Midwest Meet of Champions.

Another outstanding talent to watch on Saturday is Dominique Clarimonte from Lexington high school. Dominique has posted the 2nd fastest time in Ohio this fall (17:36) and is the defending D2 State champion.

The meet and course records are in jeopardy on Saturday. Emma Brink (17:44 in 2010) and Zach Wills (15:01 in 2010) hold the current meet records. St. Ignatius - currently ranked #1 in the state and #4 in the nation -- will seek to regain the team title after finishing a close 2nd last year. Defending champions Sacred Heart from Louisville, KY will be back to defend their title on the girls side. Once again, excellence should be on display this weekend at the Midwest Meet of Champions!

It should be quite a battle up front in the girls race! Defending MMOC Champion Sacred Heart (KY) is back to defend their title. Sacred Heart is the top ranked team in Kentucky and will be pushed by Lexington (#1 D2 in Ohio). Other top teams include Watkins (#12), Upper Arlington (#17), Brunswick, St Vincent-St Mary (#8 D2) and Sheridan (#21 D2). 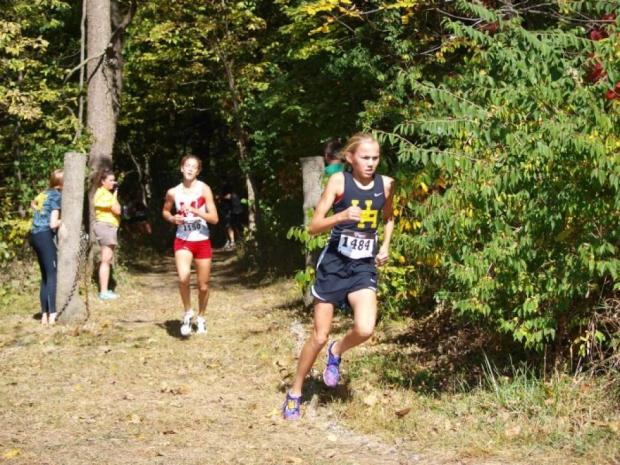 Upper Arlington Sr. Ann Heuerman was 2nd last year in a time of 18:30.47. (Just learned that Ann has a stress fracture and will not be running. We all wish Ann a speedy recovery.)

Dominique Clarimonte is the clear favorite in the individual race but there is a deep and talented field that will be bunched together up front. Most of the top runners from last year's MMOC are back including Ann Heuerman (Upper Arlington), Rachel Iacafano (SVSM), Rebecca Craddock (Brunswick) and a trio of Sacred Heart runners comprised of Kathleen Simms, Meg Buechler, and Abby Reburn. Other top ranked runners that should be near the top 10 include Michelle Hostetler (West Holmes), Felicia Pasadyn (Brunswick), Whitney Wendling and Mackenna Curtis-Collins (Lexington), Samantha Hyme and Andrea Kuhn (Watkins), Anna Gordon (Hurricane, WV),

It will be exciting to see which teams and individuals rise to the occasion this weekend! 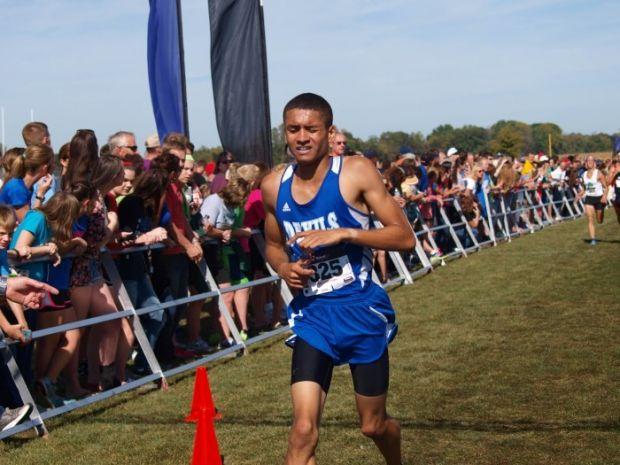 Andrew Jordan deservedly gets top billing in the individual race. Other outstanding runners include Nick Stricklen (Lexington) who has run 15:17(#2 time in Ohio), his teammate Ryan Johnston is the 2nd ranked sophomore (15:40) in Ohio, Andre Godott-bollam (Brunswick) was 5th last year at this meet as a sophomore, Simon Alford (6th last year) and Lucas Bons (Coffman) should be near the top, Other excellent runners to keep an eye on are Danny Cohen and Joe Riorden of Solon, Bradley Davis (Jerome), Edmund Coleman (Ashland), Joe Polakowski (Mentor), Hunter Moore (the #2 ranked junior in the state) from Orange, JP Trojan (University School), Daniel White (Watkins) and Daniel Reynolds (Darby) all of which have broken the 16 minute barrier this fall.

Look for some quick times from this deep field of outstanding runners!

The venue for the 2015 MMOC is at Hilliard Bradley High School (Course Map) on a course that is flat, fast and spectator friendly. The course records are 15:15 by Mark Hadley of Boardman in 2013 and 18:23 by Rachel Mahle of Springboro established in 2012. The course features a long, straight start, a few trips through the woods, several loops around the fields of Bradley HS and a 350 meter straightaway to the finish.

The energy will be high, the crowds will be large and the runners will be ready to make the running of the 2015 MMOC a must see event!