Here's a preview and virtual look at this year's varsity races.

Dan Cohen of Solon, OH #6, has the fastest time in the High School Boys Large Division.

On the team side, D3 Maplewood is the defending champion and have a D3 #1 State ranking and they have a home course advantage. D1 Solon however, is ranked #4 and just may be too strong for Maplewood in the 3, 4 and 5 spots. 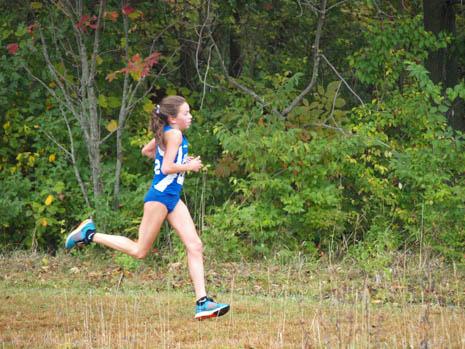 Fr. Felicia Pasadyn of Brunswick comes in to the Legends meet with the fastest time of the High School Girls Large Division.

Solon Sr. Louiza Wize is the defending champion and Brunswick Jr. Rebecca Craddock ran 2nd last year. This year however, they will have to contend with a pair of freshman. Fr. Felicia Pasadyn of Brunswick who is the #1 ranked freshman girl in Ohio and is ranked freshman US #10. She has gone under 18:00. Olivia Howell of Solon is the other freshman and she comes in with an 18:21.70 and a #3 Ohio freshman ranking.

The team race should be competitive, but Brunswick, the defending champion with the potential for three in the top 5 tomorrow should defend their championship. The race for the #2 and #3 and 4 spots should be very close between Solon and Shaker Heights. 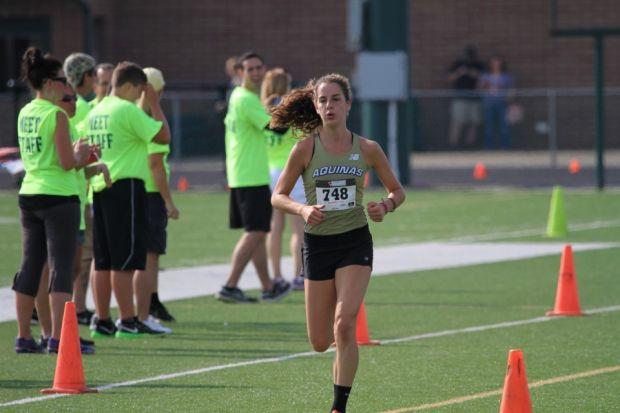 This could be the individual an team race of the day. Four of the top five finishers and number 10 from last year all return. St. Thomas Aquinas Sr. Athena Welsh is the defending D3 state champion and is ranked D3 #2 at this time. She is the defending meet champion. Sr. Rachel Iacofano of SVSM was runner-up last year. She is ranked D2 #8. Jr. Kalee Soehnlen of St. Thomas Aquinas was 3rd lat year and is ranked D3 #10. Sr. Hanna Markel of Gilmour was 5th last year. So. Malina Mitchell of McDonald was 10th last year.

SVSM (D2 #6) is the defending team champion but they will be challenged by Gilmour (D2 #5). In the virtual meet, Gilmour's 3, 4 & 5 runners have faster times this year and Gilmour wins. don't count out the D3 teams however. D3 #2 St.Thomas Aquinas and D3 #3 McDonalds should make it interesting. Should be fun to watch.

Daniel Loomis of McDonald heads the Boys Small Division field coming into the Legends meet with a 16:20.20.

Sr. Owen Reeher of Badger is the defending champion but he comes into this years comeptition with the #5 time. Girard So. Derek Basinger was 9th last year and comes in with the 7th fastest time. Four runners come in with times under 16:30. Sr. Brian Heller of SVSM and Sr. Clark Bookman of Field come in with 16:28.69 and 16:28.90. McDonald Sr. Daniel Loomis of McDonald heads the field with a 16:20.20 and just behind him is SVSM Fr. Alex Phillips with a 16:20.63.

The boy's team race features D2 #7 SVSM. Based upon times this year however, they have the potential to have four runners in the top 10 and should dominate. D3 #5 McDonald and Gilmour are only four points apart in a virtual meet. Second is up for grabs.

Note: Did not include Maplewood as I could not parse athletes as they are also running in the Boys large Division.

Read the bios of John Zishka and Katie Sabino Dugan