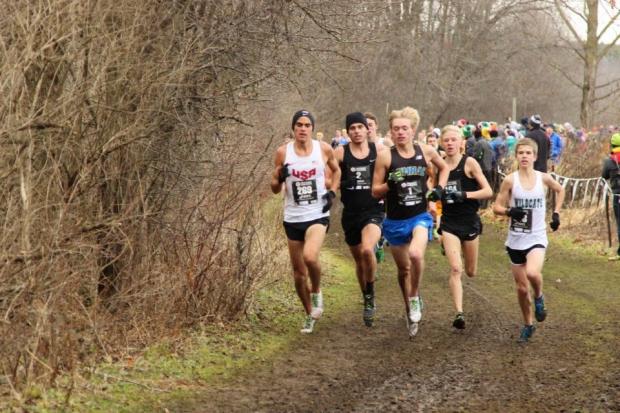 We started the Cross Country season back in August in Ohio's hot and humid weather.  Watkins Memorial Sr. Andrew Jordan will welcome that weather again December 12th at the footlocker National Championship in San Diego.  Today however, in sub freezing temperatures in Wisconsin, he ran 4th in the Footlocker Midwest Regional, just 2.1 seconds back of the winner, Jonathan Davis of Oakwood, IL.  Jordan's 14:59.1 was one of four times under 15:00 today on a course that had to be modifed because of the nasty conditions.