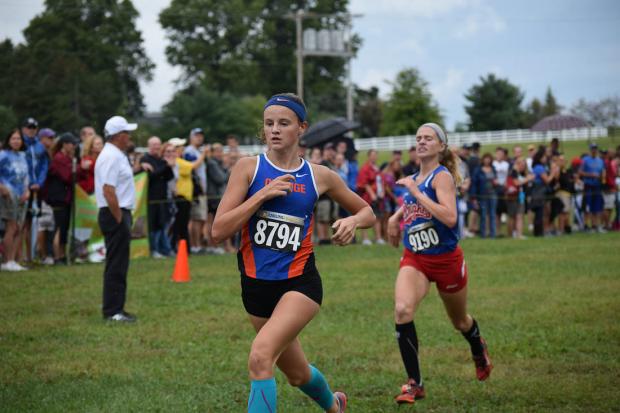 So. Allison Gaugenti of Olentangy Orange and West Homes Sr. Michelle Hostettler battled down the long finish straight with Gaugneti just holding off Hostettler for the win. (photo M. Stonecipher)

The hard rain held off and the Galion Cross Country Festival and had some impressive performances.  The most exciting race of the day came in the D1 Varsity Girls race where So. Allison Gaugenti of Olentangy Orange held off a fast closing Sr. Michelle Hostettler of West Homes to win by 1 second.  Gaugenti ran 18:44.50 and Hostettler 18:45.50.  So. Andrea Kuhn of Watkins Memorial made the turn to the finish with Gaugenti and Hostettler and finished just back of them in 18:47.40. 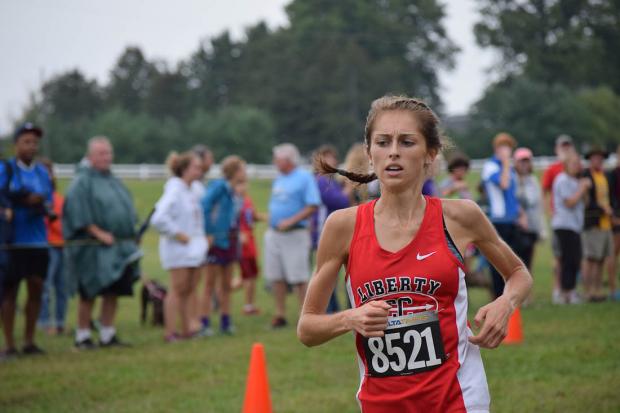 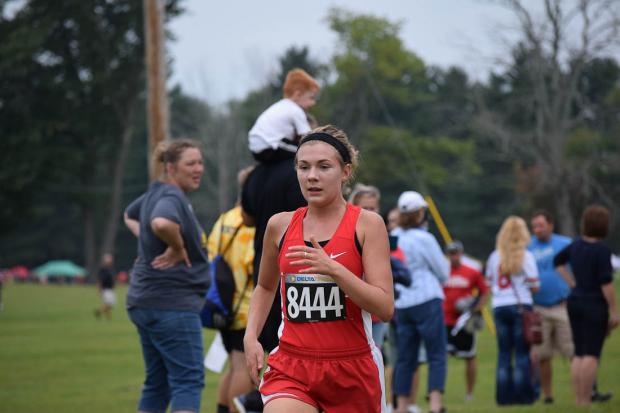