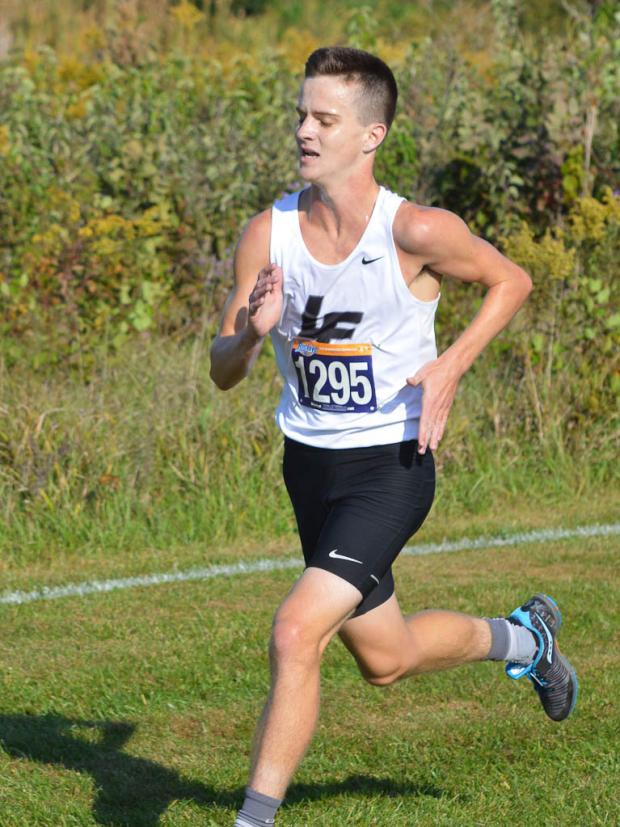 God blessed us with a great day to run.  The morning was looking fantastic with no wind and a temperature of about 65 degrees.  The team seemed ready to run hard on our home course.  We warmed up 1.5 miles and then stretched and did drills.  After our team did strides, we got into the zone.  The gun blasted and everyone took off.  I started on the line right next to Conant Smith from Middletown, my competition for the race.  Another guy I looked at to run well was Zach Birdsall of Fairfield, and out of the corner of my eye, I saw him dart to the front of the pack immediately.  At about the quarter mile mark, however, I passed him and took off.  I thought I was going a moderate pace and felt good doing so.  To my surprise, I ran through the mile mark hearing 4:25, 4:26 and then became even more determined to push harder.  It was a tad bit faster than I wanted to go for the first mile, but I separated myself from the field and made it a battle inside myself to push hard.  The next mile wasn't anything special, but I was on the pace my coach and I had set to go sub 15, at a 9:27.  The last mile was the mile I really had to battle myself.  I had to really fight mentally to finish off this race and the only thing that was pushing me was the thought of going sub 15 on my home course.  I finished just a second and a half short of that goal at 15:01.2, but given the circumstances of the race, I was happy with the results.  I broke my school record (15:08) from 1998 which was a huge goal of mine all year long.  Lakota East Boys XC battled to get a second place finish in the GMC which was also a goal of ours.  Although we were alright with getting second at the time, we know we all have work to do this week and the weeks to come in this upcoming post season.

Moment of the Week:  At the awards presentation it was announced that our coach, Adam Thomas, was named GMC Girls Coach of the Year.  It was great to see him recognized for all that he does for our cross country program at Lakota East.  During the season he sacrifices so much time away from his family to make us the best we can be. I was also glad to hear Thursday night that my brother Dillon was coming home for the weekend from the University of Toledo.  It was a great surprise that he was coming home and was a great weekend for him to see my sister and I, as well as his former team run at his old home course!  I had fun chatting and spending time with him while watching the team run on Saturday.  He's truly a role model for my sister and I because of his strong moral values, even when he's away from home. 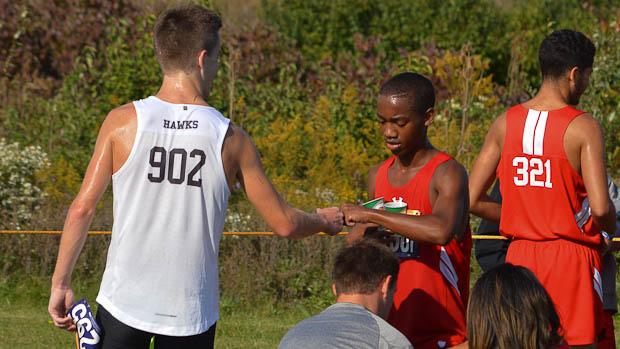