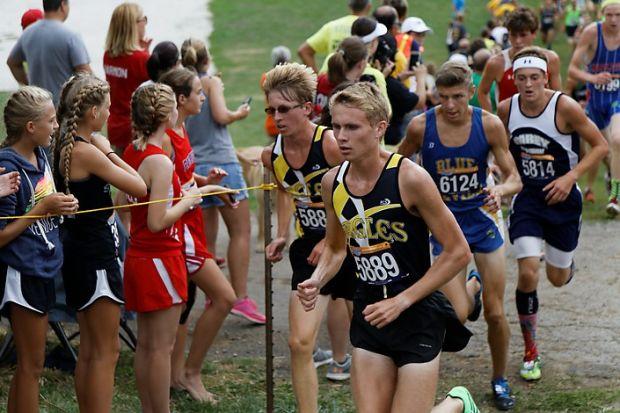 Colonel Crawford Jr. Chad Johnson is undefeated this season in D3.  He'll be challenged, but this year's D3 Boy's race is his to win.  (photo Christian Lisle)

Colonel Crawford Jr. Chad Johnson should take the individual D3 Boy's title this year.  He is undefeated in D3, losing once this season to D2 runner, Zach Kreft of Buckeye Valley. He has the D3 Boy's #1 ranking and is OH #6 overall.   He won the Tiffin Region over #4 ranked Jr. Brendan Siefker of Ottoville.  D3 #2, So. Evan Leist of Eastern-Beaver, was 6th at Pickerington.  D3 #8 Austin Hallabrin won at Pickerington over #7 Sr. Blake Rigdon of Easter-Sardinia, who was 3rd.  B.j. Schwartz of Garaway was 2nd.  At Youngstown, D3 #3 Independence St. Tyler Polman won handily, with D3 #10, So. Tyler Kouda of Garfield running 2nd.  The Troy Region was one of the most competitive with Jr. Ryan Estes of Clark Montesorri outlasting three Fort Loramie runners, So. Joe Ballas, So. Jake Rethman and Sr. Tom Ballas.

Look for Evan Leist and Tyler Polman to battle for the #2 & 3 spots on the podium.  . 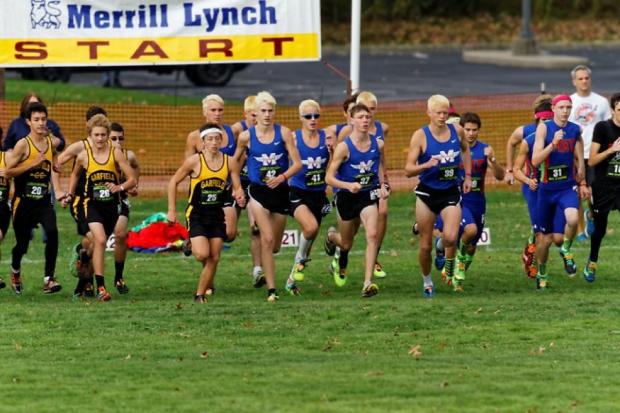 The Maplewood boys at the Start of the Youngstown Region.  They are favored to win thier 3rd straight D3 boy's team title.  (photo Christian Lisle)

The #3 team is Ft. Loramie.  they dominated at Troy.  The #4 team, Fairfield-Leesburg, won at Tiffin.  Look for an experienced Maplewood to defend and take their 3rd straight D3 boys team title.  2nd will be a battle between the Aquinas boys, who were 2nd last year and the Ft. Loramie boys who were 5th.  The Youngstown regional was a tough race, but Ft. Loramie went 2, 3 and 4 at Troy and just may get the 2nd spot on the podium.  Fairfield-Leesburg won the always tough Central regional and will be in the top five.  Mapleton and Smithville will contend for the 5th spot.

Get all of MileSplit's hottest content delivered to your email inbox!