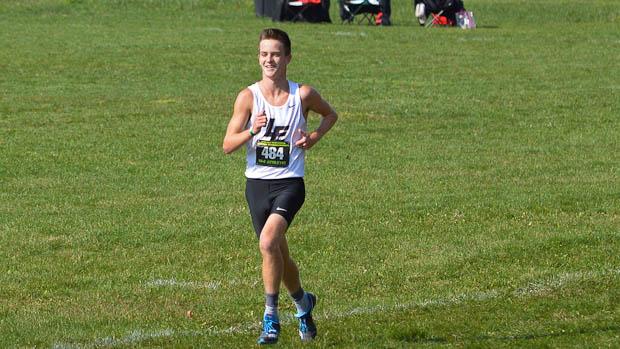 God blessed us with a beautiful day in Troy, Ohio.  It was about 75 degrees by race time with a head wind.  The team was focused in our tent and ready to race.  We knew that everyone had to do their job and run like we did at Districts, and if we did that, it was likely our men's team would make it to State.  We warmed up one and a half miles, stretched, and did our drills and strides.  The team then huddled up, and the message of the day was, "Do your job." Just before the race, our team united in a circle of prayer.  Not long after, the gun went off and everyone darted off the line.  I made my way to the front quickly and broke away about a half mile in.  The head wind coming back toward the start line was tough, but manageable.  I came through the mile mark in 4:41 or so and was feeling relaxed.  Then came mile two down along the levee and back to the start line where the wind became stronger.  I still felt comfortable however, and even smiled a little bit as I heard my teammates screaming for me to go faster.  This race for me was not trying to run a huge lifetime PR or even season PR, but to run a relaxed race and have fun.  I came through the two mile in 9:50 or so, wasn't very fast for a two mile but as I said before, I was very relaxed.  I moved on to probably the toughest part of Troy's course, getting atop the levee, which broke the momentum I had going before.  It wasn't long before I got it back on the downhill though.  I then ran about a quarter of a mile and got to the last hill on the course.  After I conquered that hill, it was all flat and downhill from there. I wasn't horribly flattered by the 15:30.2 when I came through the line, and realized I might have run too relaxed.  I know that there were places I could've sped up, but I also realized that it wasn't my goal to bust out a crazy time at Regionals.  I've prepared myself physically and mentally for State, and I couldn't be more excited for this upcoming Saturday. 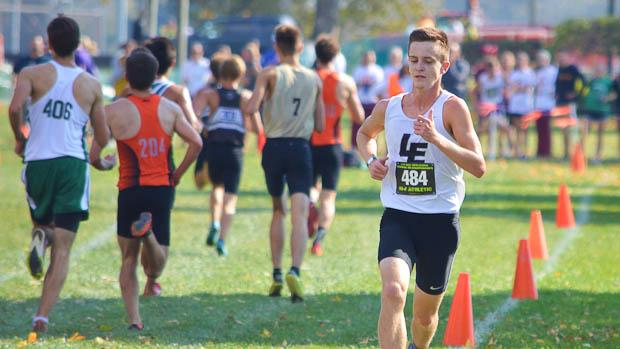 Special Moment: My special moment this week is more of a shout out than anything. I just want to congratulate Lakota East's girls' team on a fantastic year.  I know they gave it everything they had this year and were disappointed in the result they had at Regionals this year, but it's all about how you bounce back next year.  A perfect example of that is the Lakota East men's team, who came up a spot short of making it to State in 2015.  This year, the East men's team made it to Hebron, grabbing the last spot by only 3 points over a strong Turpin team.  I know for a fact I wouldn't be where I am today without 7 special guys and many other supporters that have pushed me not only as a person, but as a competitor.  Thanks so much to the varsity guys team members: Max Sellers, Dan Leonard, Blake Dodson, Ryan Jones, Logan Stumpf, Reese Kuhlman, Joe Mislansky, and Ben Reimer.  There are far too many people to list, but I'm very appreciative of the support I've received this year.  I'm very humbled and blessed to have such great people surrounding me. 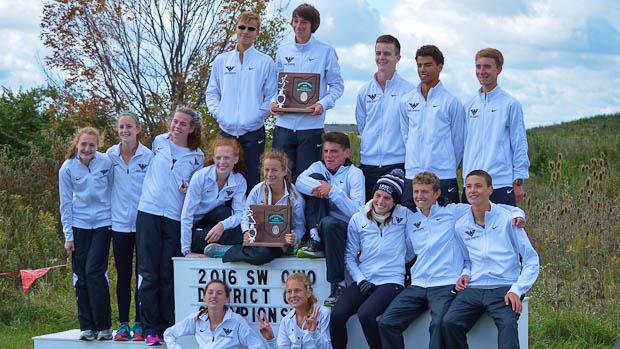