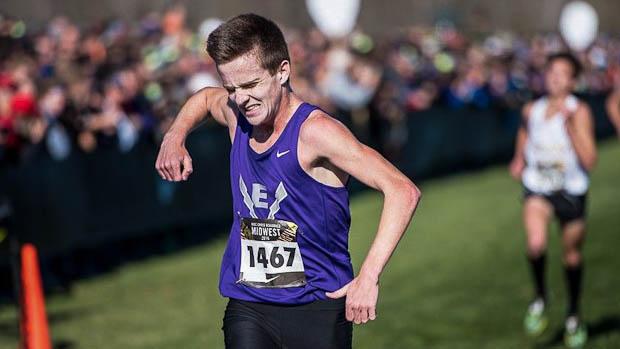 God blessed us with a beautiful day.  The 55-degree weather and light winds were the best conditions possible at Terre Haute, Indiana.  I came into this race feeling optimistic and surprisingly, I was relaxed.  All I wanted to do was have fun racing, whether I was moving on or not, I wanted to make this a fun last race for the seniors still running: Dan Leonard and Max Sellers.  Therefore, when the team made their way to the tent, no one was nervous or uptight.  Everyone was feeling confident.  The team warmed up 1.5 miles and stretched.  We made our way to the line where we did our drills and strides.  Just as we were finishing our last strides, the girl's championship race leaders were coming through.  This is just a minor detail; however I realized that one of the girls was close to breaking the course record and Ohio runner India Johnson performed well, proving to me that the course was running fast like the Ohio State meet course.  Not too long after the girls race, the gun shot off for the boys championship race and we were off.  I got a great start and immediately darted to the front.  I was in first for about half a mile until Gabe Findel from Indiana caught me and took the lead. 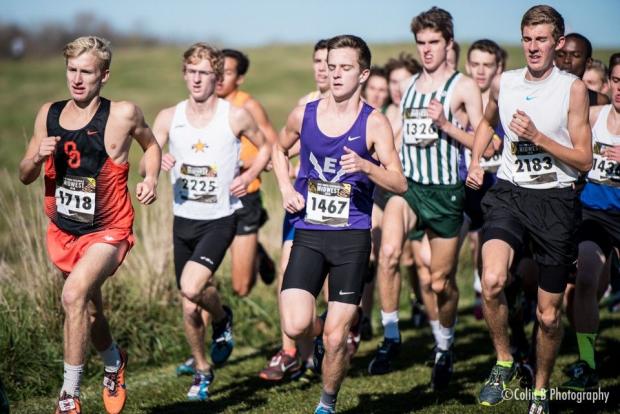 A pack of 20 guys all ran up on me as well, but instead of getting nervous and going after Findel immediately, I decided to adapt to the pace of the pack and stay as close to the front as possible.  The pack of 20 or so came through the first mile at 4:43, which isn't a horribly impressive mile split for my race strategy, but proved to work out fine in the end.  It seemed like I was going to have to run the race more consistent then have one killer mile on the front and progressing back to a five-minute mile.  I held my own in the pack and slowly but surely, a few guys began to drop off by about the mile and a half mark.  I was feeling good having a little more energy because my first mile was slower than normal.  By the two mile, the big pack had shortened to about 10 guys who all could battle for one of the five automatic qualifying spots.  I was nervous at this point, because a few competitor's kicks cost me positions at the end of last year's NXR.  However, I was within striking distance of both the 3rd and 4th place guys by about the 2.5 mile mark, sitting in 5thplace.  I heard my coach screaming for me to get insurance for the end of the race.  I didn't look back, but I knew I could at least get the former leader Findel with about 400m to go and we could push each other to the finish. 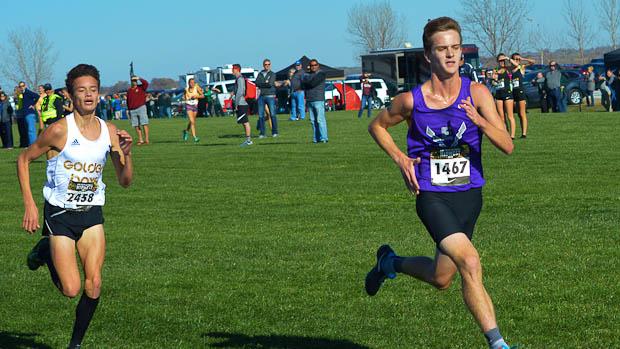 I thought if I beat him, that would be great, but all I need is someone to help me separate myself from all these other guys behind us.  So, I made it my mission to catch him, and sure enough with less than 400m to go, I was able to reach him and battle him for the 4th spot, where I finished. 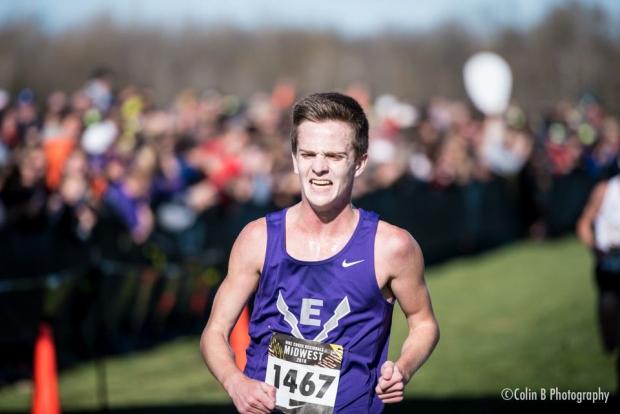 I felt good coming through the line, although pictures of my face said differently.  More than anything, I was trying to smile, not look like I was dying.  I was happy in that moment because I had achieved all my goals.  I finished in a 14:59.9, going sub 15 (barely) for the first time in my career.  I had broken my own school record and qualified to Nike Nationals, but more importantly, I've had fun so far this season, and it's not even over.  I'm so grateful, humbled, and blessed to be in the position I have been in all season long, and couldn't have done it without the help of God. 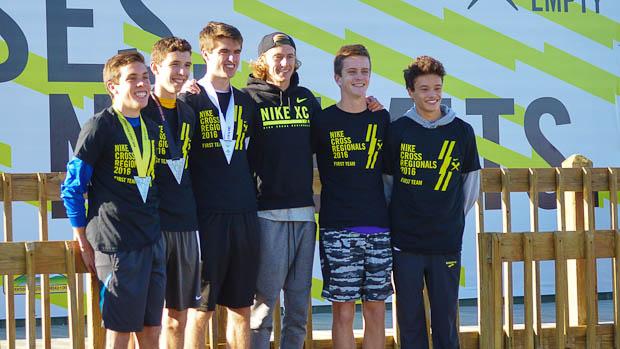 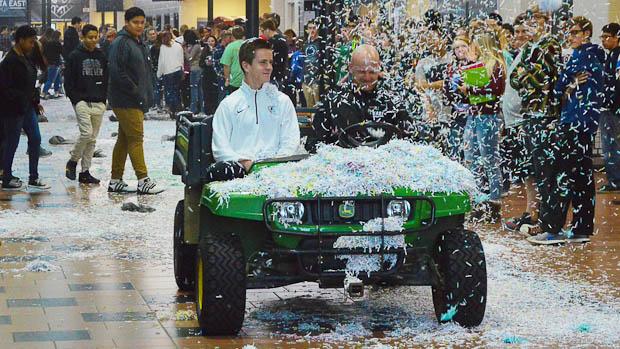 Special Moment:  My special moment of the week goes out to my fellow students and faculty at Lakota East High School.  It is a tradition at Lakota East to have a ticker-tape parade for State winners, so the school all gathered out in the big hallway we call 'Main Street' to help me celebrate what had happened last Saturday.  As Lakota East's AD Rich Bryant drove me down Main Street in the Gator, I felt so overwhelmed with the support of my friends, classmates, and teachers.  It was such a blast to be able to share such a special moment with everyone, and I believe that the spirit and support East has to offer is second to none.  It meant a lot to have that much support.  It was also nice to be accompanied by Coach Thomas at the parade, who managed to put his own teaching job on hold again to attend the event.  What a great way to cap off a wonderful post season. Despite all the celebration and reflection on this year, I'm ready for Portland and what this Nike National meet has in store for me.