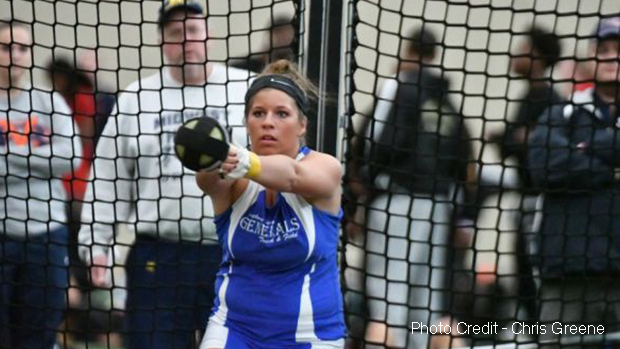 Madison Pollard is the winner of the 2017 Indoor State Championship Weight Throw event.

Below is a sample of some of the impressive performances that were demonstrated in the Girls D1 Field Events.

Anthony Wayne High School's Madison Pollard won multiple state titles, as she captured first place in both the Weight Throw and Shot Put competitions. Pollard's Shot Put winning throw was 47-08.75 while her 57-06.00 launch in the Weight Throw event was over 10 feet further than the mark achieved by her closest competitor.  Pollard's Weight Throw result represents an Ohio #3 and a U.S. #9. 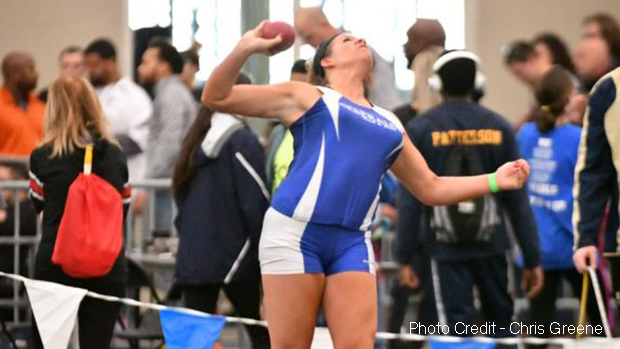 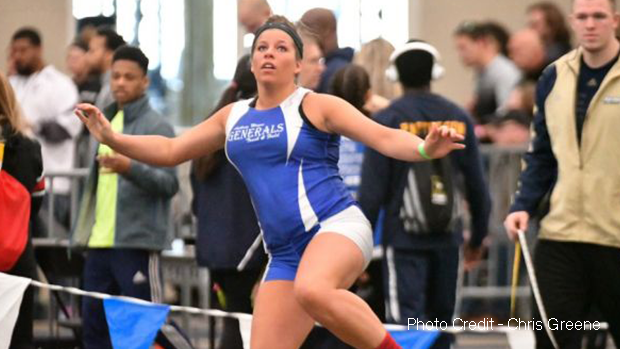 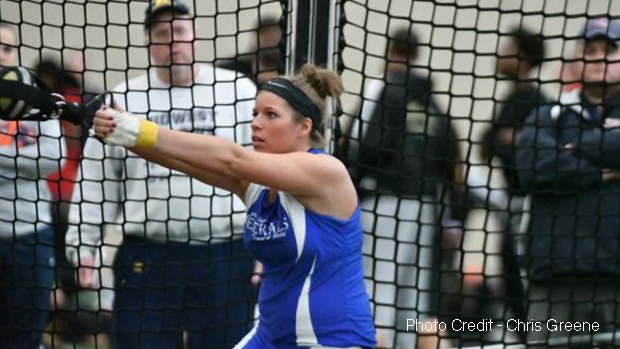 In Pole Vault action, Anna Watson of Olentangy Orange High School claimed the state championship with her 13-0 vault. This mark ties Watson's season's best and indoor P.R. and her 13-0 result places her in a tie for 9th place in the national rankings.  Siobhan Szerencsits of Olentangy finished runner-up with her U.S. tie for #12 jump of 12-9 while Geneva's Deidra Marrison came in 3rd place with her U.S. tie for #19 vault of 12-6. 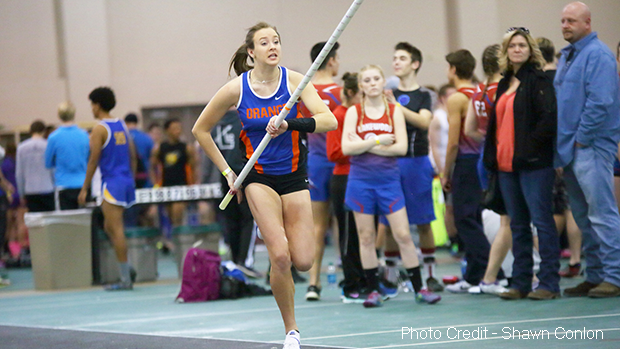 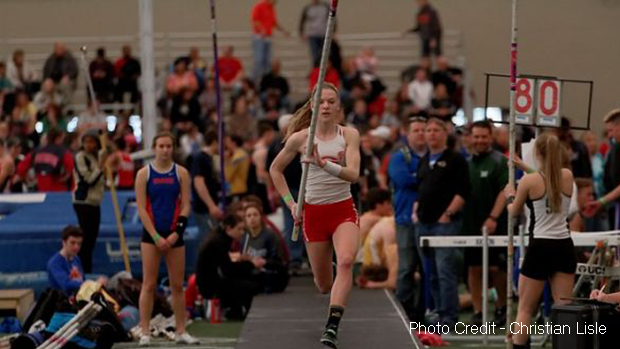 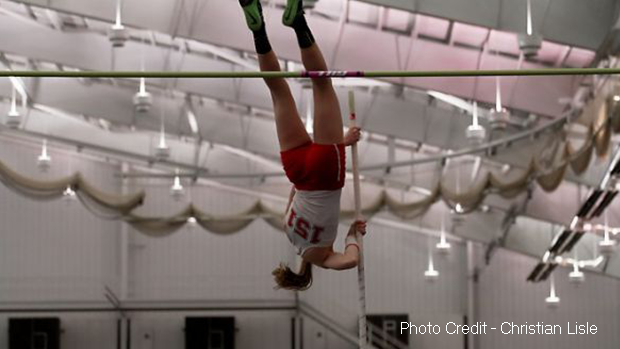 Deidra Marrison secured her 3rd place finish with a vault of 12-6 at the State Meet.

Emilia Lesniak and Hope Purcell engaged in a spirited battle in the High Jump competition, as both girls finished with 5-8 marks. Lesniak of Strongsville High School edged Lancaster's Purcell for the state title.  These matching 5-8 results represent an Ohio tie for #2 and a U.S. tie for #11 for both Lesniak and Purcell.  Kelly McCafferty of Strongsville High School finished in 3rd place with her tie for Ohio #8 jump of 5-5. 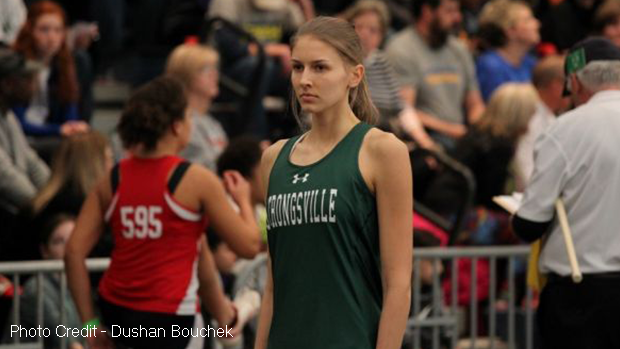 Strongsville's Emilia Lesniak was the winner of the High Jump competition with a 5-8 result. 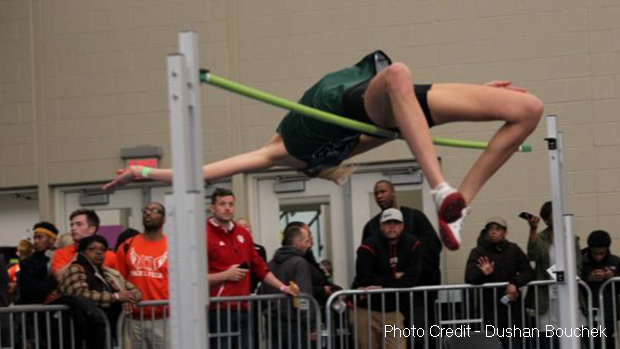 Emilia Lesniak showing excellent form and technique on her way to completing another jump. 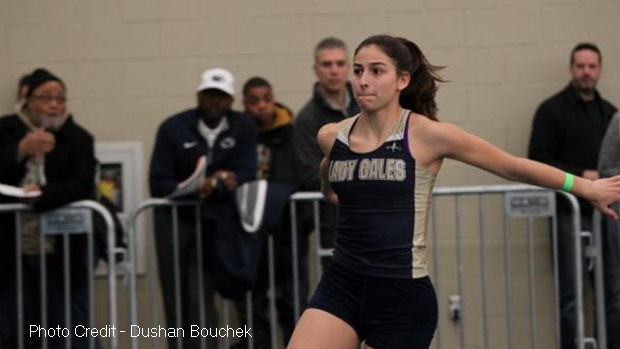 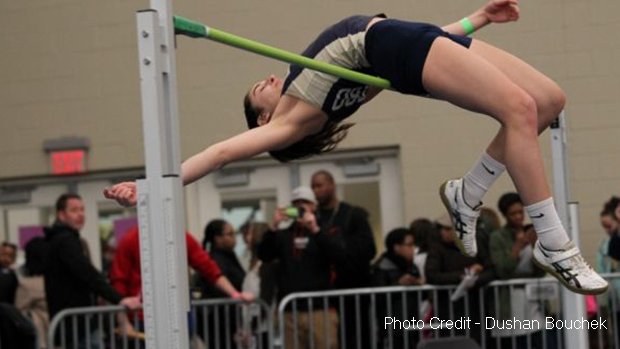