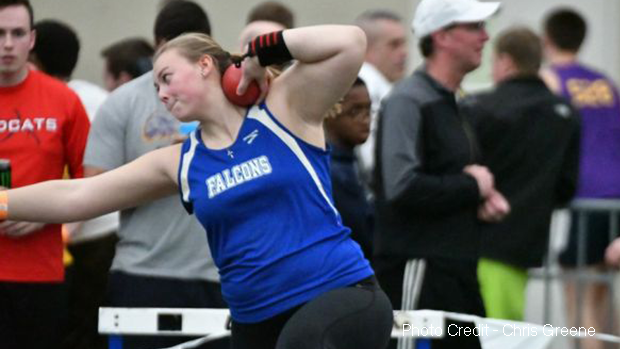 Riverdale's Carrol Pauley participated in both the Shot Put and Weight Throw events.

Below is a sample of some of the impressive performances that were demonstrated in the Girls D2 / D3 Field Events.

In the Weight Throw competition, Riverdale's Carrol Pauley claimed the state title with her 59-02.00 effort while Molly Leppelmeier of McComb High School secured 2nd place with a throw of 56-07.00. Pauley's 59-02.00 mark represents an Ohio #1 and a U.S. #4.  Molly Leppelmeier also participated in the Shot Put event where she captured the state championship with a terrific 48-07.50 result. Leppelmeier is ranked 1st in the Shot Put in Ohio and she occupies the 3rd spot on the national list. 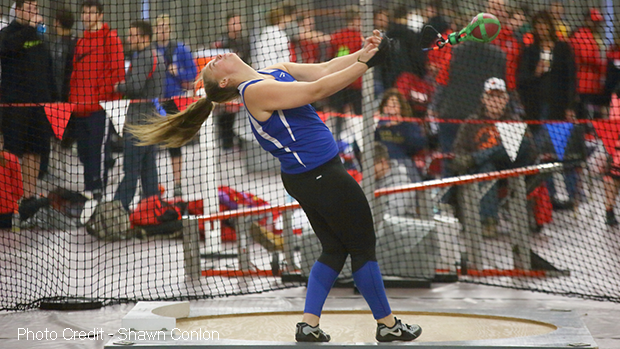 Carrol Pauley, shown here at a 2016 event, was the state championship winner in the WT. 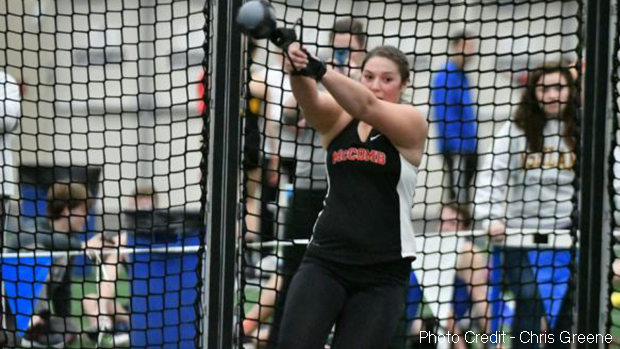 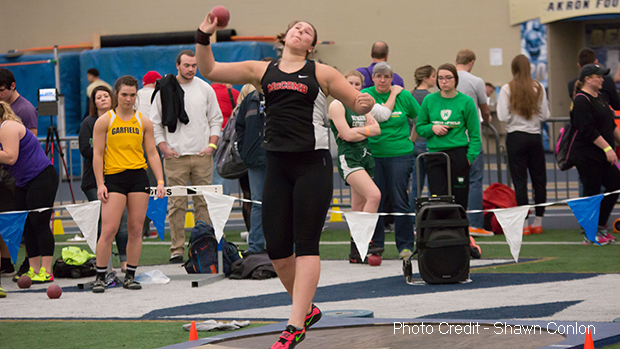 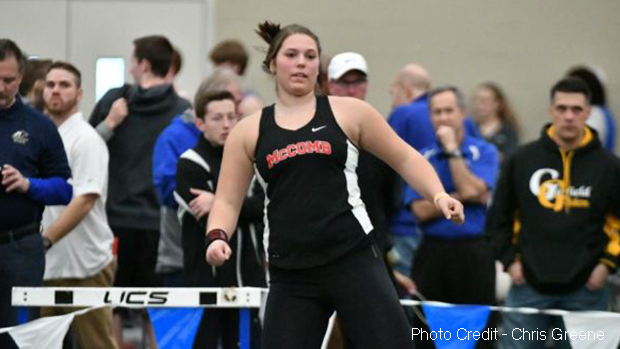 Molly Leppelmeier produced a winning throw 48-07.50 at the State Championship in Akron.

Elsewhere in the field events, Galion's Marisa Gwinner took the win in the High Jump with her 5-05.00 effort and Kassidie Stimmel of Margaretta High School won the Pole Vault competition with a vault of 12-06.00. Gwinner is ranked 4th in Ohio and in a tie for 22nd nationally due to a 5-7 performance at the Tiffin University High School Meet #3 in February.  Stimmel's 12-06.00 mark in Akron represents a tie for 3rd in Ohio and a tie for 19th in the U.S. 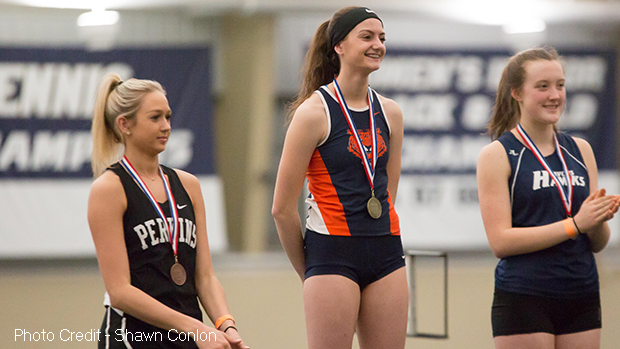 Marisa Gwinner of Galion High School is the state champion in the High Jump event. 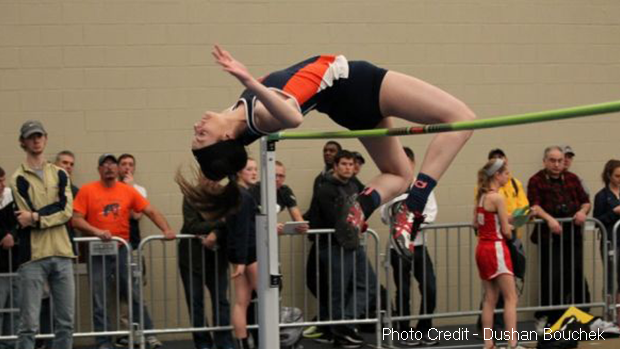 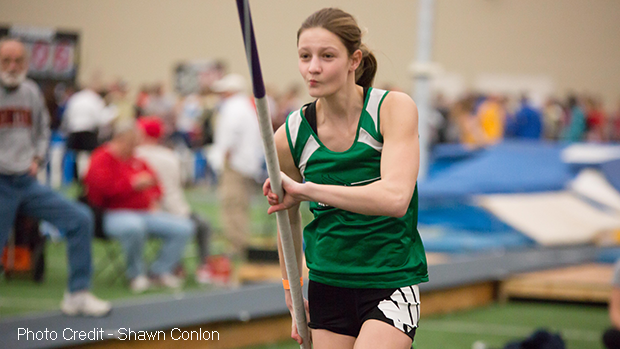 Kassidie Stimmel of Margaretta HS won the Pole Vault event with jump of 12-06.00. 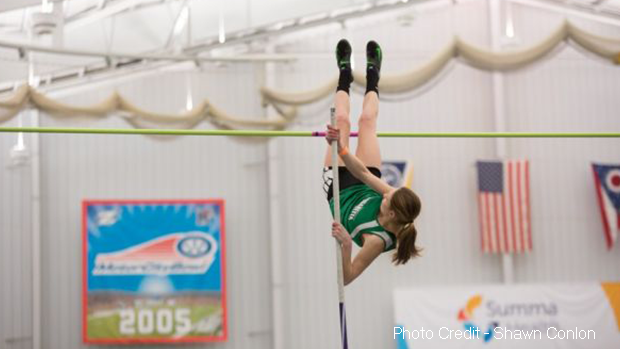 Kassidie Stimmel is ranked in a tie for 3rd in Ohio and a tie for 19th in the country.

Complete results can be viewed here:
http://oh.milesplit.com/meets/248108/results/499489/raw#.WL4DADsrLIU
Tweets by OHMileSplit