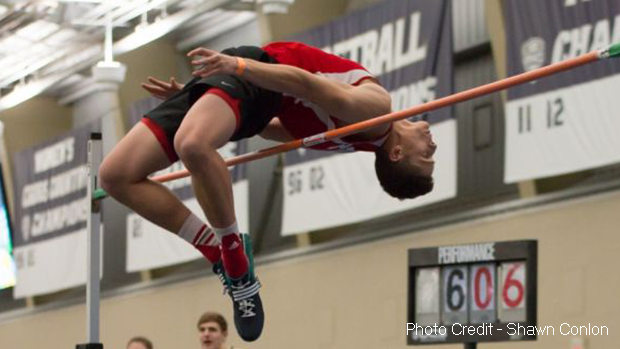 The OATCCC Indoor State Championship was held in Akron on Saturday, March 4th and it brought Ohio's best track and field athletes to the Stile Athletics Field House on the campus of the University of Akron.
Below is a sample of some of the impressive performances that were demonstrated in the Boys D2 / D3 Field Events.
Hillsboro High School's Jeremy Hayton claimed the state championship in the High Jump event with his terrific 6-06.00 effort in Akron. Hayton has a previous jump this season of 6-9 which ranks him 1st in Ohio and in a tie for 11th in the country. 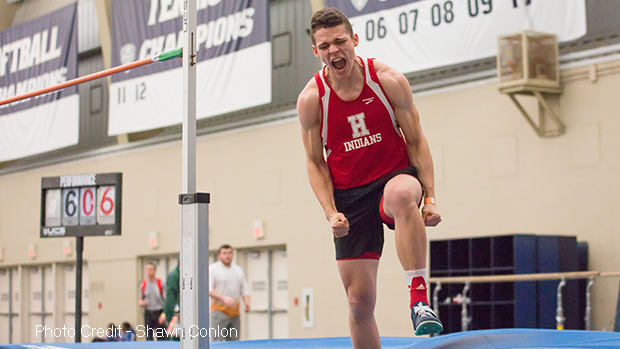 Jeremy Hayton is the top ranked High Jump athlete in the state of Ohio.

Elsewhere in the jumping events, Utica's Justin Riley captured 1st place in the Triple Jump with an impressive 42-01.50 result and Jordan Vincent of St. Clairsville High School secured the state championship title in the Long Jump with his 22-06.25 effort. Vincent's mark is an Ohio #3 while Riley's performance represents an Ohio #11. 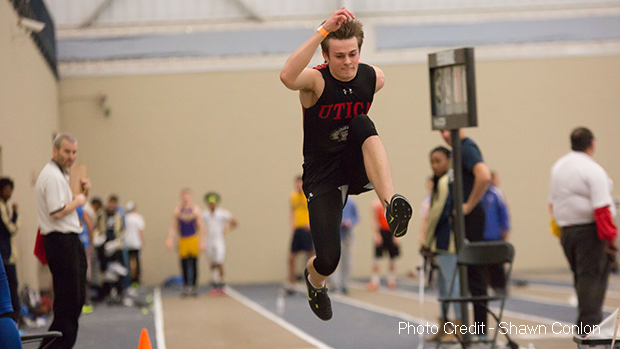 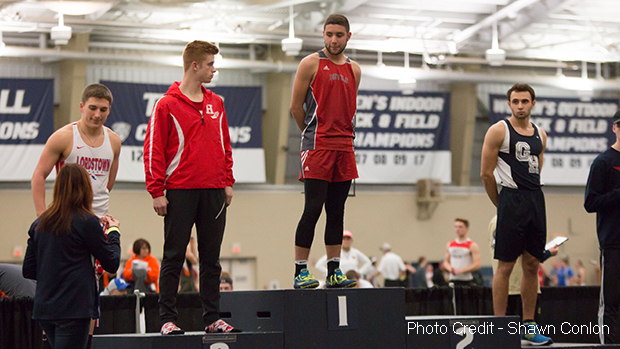 Jordan Vincent won the Long Jump competition with his 22-06.25 performance.

In Pole Vault action, Seneca East's Garrick Manning took the win with a vault of 15-06.00 while in the Shot Put competition, Ryan Demaline of Liberty Center High School took top honors with his 56-11.75 winning performance. Manning's effort represents an Ohio tie for #3 while Demaline's 61-4 result at the Oiler High School Invite earlier this season ranks him 2nd in Ohio and 12th in the U.S. 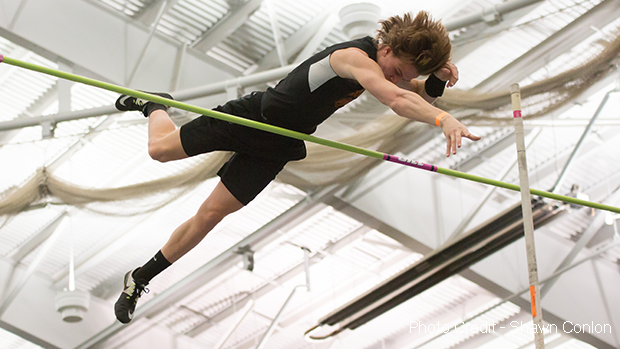 Garrick Manning of Seneca East High School is the state champion in the Pole Vault event. 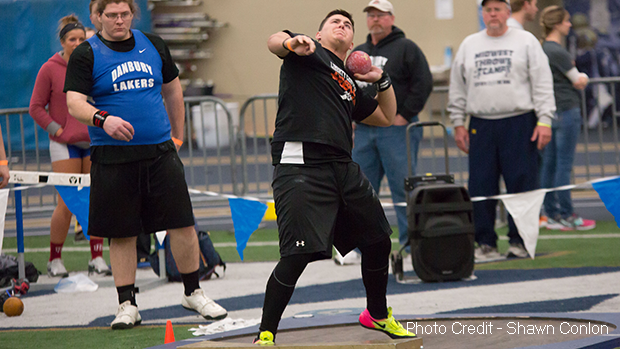 Liberty Center's Ryan Demaline won the Shot Put event with a throw of 56-11.75 in Akron.

Congratulations to all of the boys field athletes who participated in the state championship meet; there were many memorable throwing and jumping performances observed.