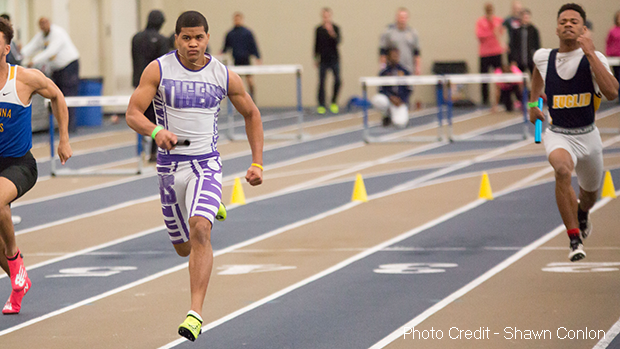 PC's Terry Simuel participated in multiple races at the State Championship in Akron.

Previous recap articles focused on boys and girls field events in both D1 and D2 / D3, so today we will review some of the outstanding team relay performances that were demonstrated at the state championship meet.

In Boys D1 action, Pickerington Central High School picked up wins in both the 4 x 200m and 4 x 400m races while the athletes from Thomas Worthington claimed the 4 x 800m state title.

Pickerington Central held off strong performances displayed by 2nd place Euclid and 3rd place Cleveland Heights to capture the 4 x 200m win. The Tigers posted a 1:29.21 result while Euclid and Cleveland Heights recorded times of 1:29.65 and 1:29.85 respectively.  With their terrific performances at State's, Euclid is now ranked 2nd in Ohio and 13th in the U.S. while Cleveland Heights currently occupies the #4 spot in the state and the #19 ranking on the national list. Pickerington Central produced a 1:28.84 effort at the MileSplit Scholastic Showcase at Spire in February which ranks them 1st in Ohio and 5th in the country. 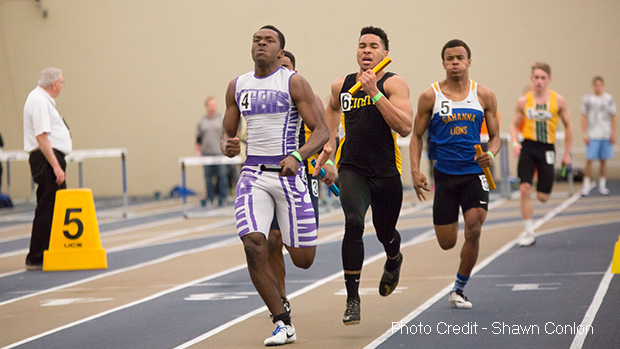 In 4 x 400m action, Pickerington Central took a comfortable 3 second win over the Gahanna Lincoln Lions with their 3:20.21 effort. Gahanna Lincoln's impressive 2nd place performance of 3:23.24 is good for an Ohio #2 and a U.S. #24.  PC's 4 x 400m squad produced their best team time of the season at the Spire Showcase where their 3:18.35 finish represents the top mark in Ohio and the 5th ranked time in the U.S. 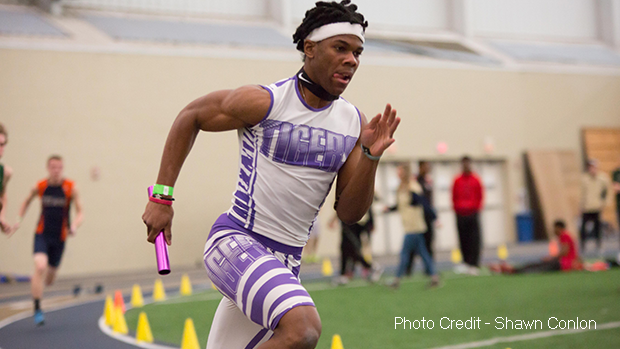 Zach Robinson was the 400m winner and he also helped his team win the 4 x 400m Relay.

The 4 x 800m race produced spectacular results as the 1st and 2nd place teams entered the national Top 10 rankings with their finishing times. Thomas Worthington High School won the event in an Ohio #1 and U.S. #4 mark of 7:50.32 while the 2nd place finishers from Wadsworth were not far behind with their 7:52.67 effort.  Wadsworth's performance represents an Ohio #2 and a U.S. #8. 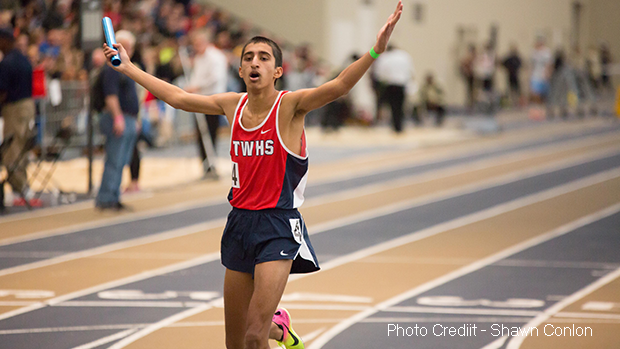 Thomas Worthington High School claimed the state title and a U.S. #4 time in the process.
Congratulations to all of the boys relay teams that participated in the state championship meet!
Complete results can be viewed here:
http://oh.milesplit.com/meets/248108/results/499475/raw#.WL8KwjsrLIU

Thank you to photographer, Shawn Conlon who provided all of the pictures that were used in this article. More of Shawn Conlon's photos can be found below: 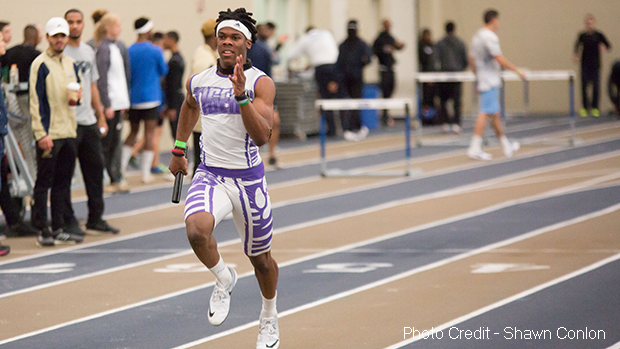 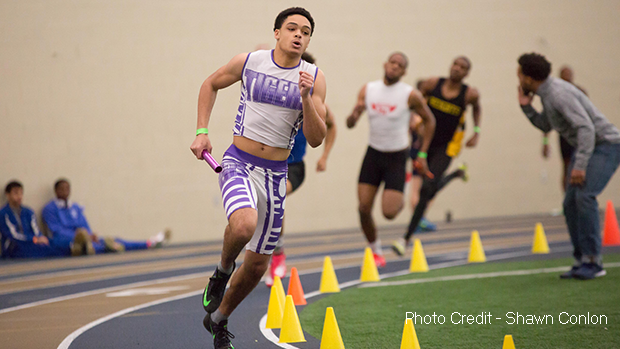 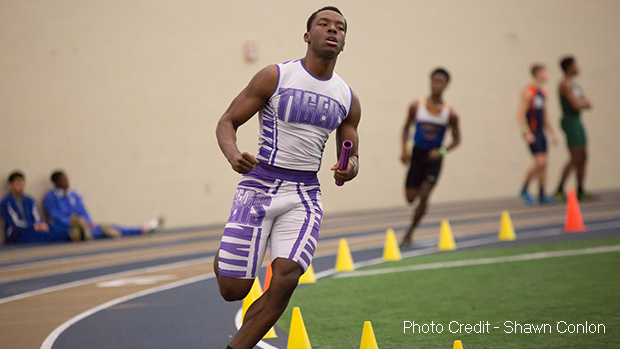 Zavien Parker also won the 200m individual state title in Akron in a time of 22.00. 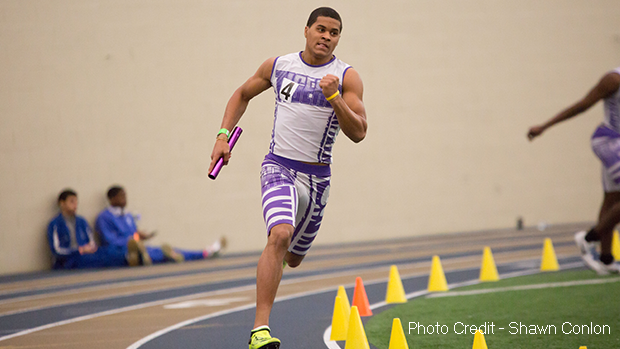 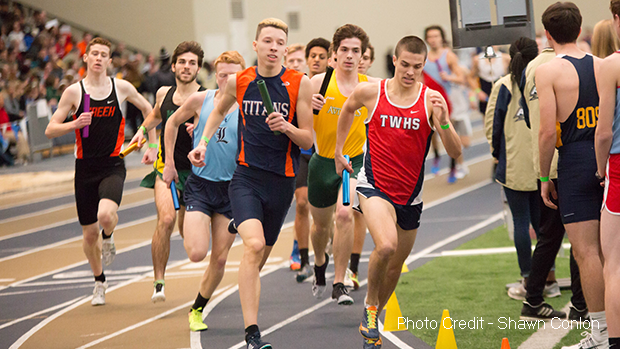 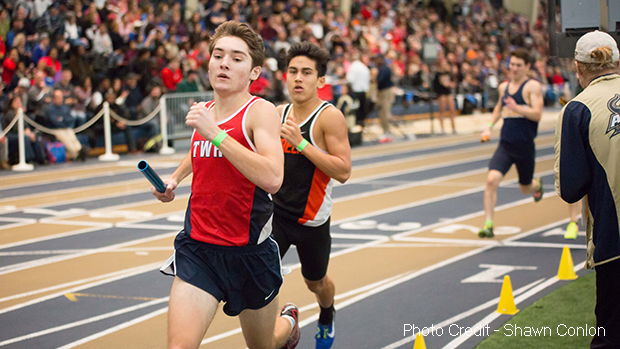 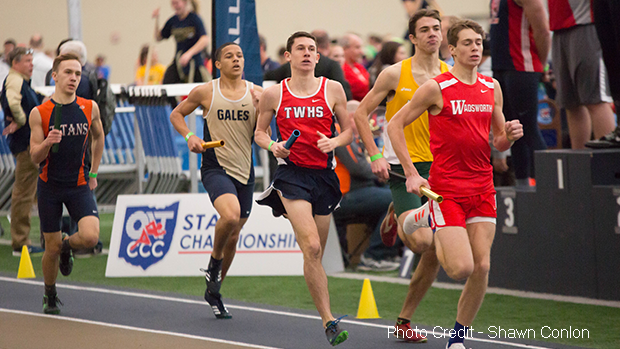