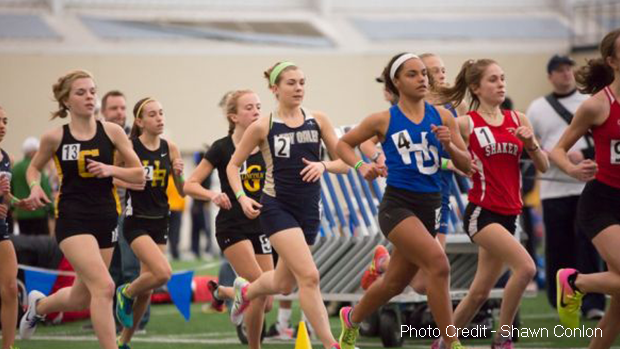 The OATCCC Indoor State Championship was held in Akron on Saturday, March 4th and it brought Ohio's best track and field athletes to the Stile Athletics Field House on the campus of the University of Akron.
Previous recap articles focused on boys and girls field events and team relay competitions for both D1 and D2 / D3, so today we will begin our review of some of the fantastic performances that were demonstrated in the girls D1 distance races.

In the 800m event, Thomas Worthington's Gia Napoleon recorded a 2 second win over her closest competitor on route to winning the state championship title. Napoleon posted an Ohio #1 time of 2:14.18 and this mark also represents a U.S. #23 for the 2017 indoor season.  Madison Martinez of Gahanna Lincoln High School finished 2nd in an impressive time of 2:16.44. 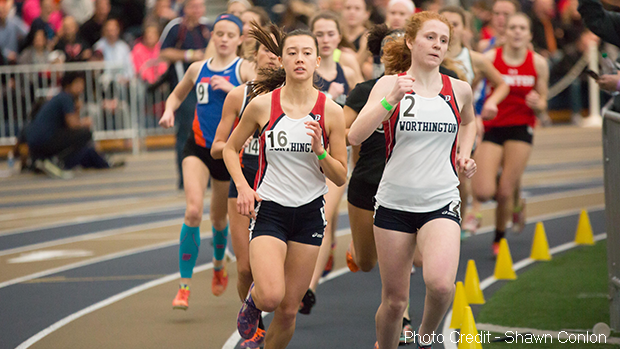 Gia Napoleon of Thomas Worthington High School is the state champion in the 800m event.

Solon's Olivia Howell and Allison Guagenti of Olentangy Orange High School engaged in an exciting contest in the 1600m race, as both girls broke the elusive 5 minute barrier. Howell claimed the victory in an outstanding time of 4:58.15 while Guagenti was not far behind with her 4:59.38 result.  These terrific performances represent the top two 1600m results in Ohio for the 2017 indoor season. 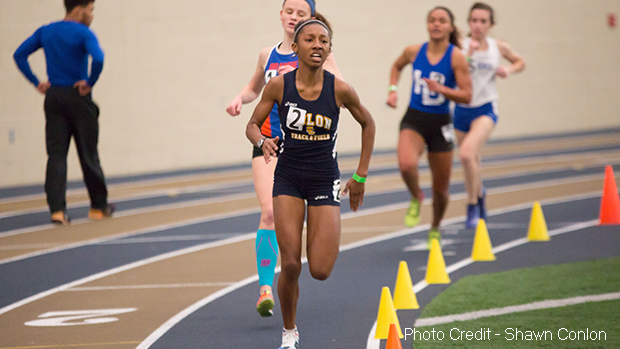 In 3200m action, Hilliard Davidson's India Johnson captured the win with her impressive 10:40.79 effort. Johnson's Ohio #1 time was 5 seconds clear of Hannah Rasmussen of Kings High School. Rasmussen recorded an Ohio #2 time of 10:45.73 on route to her 2nd place finish. 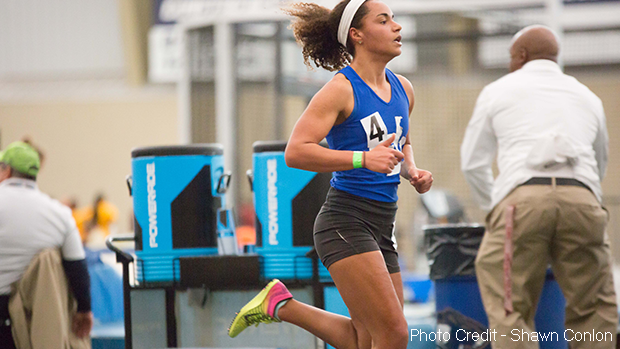 Congratulations to all of the girls that participated in the distance races at the state championship meet! Complete results can be viewed here: