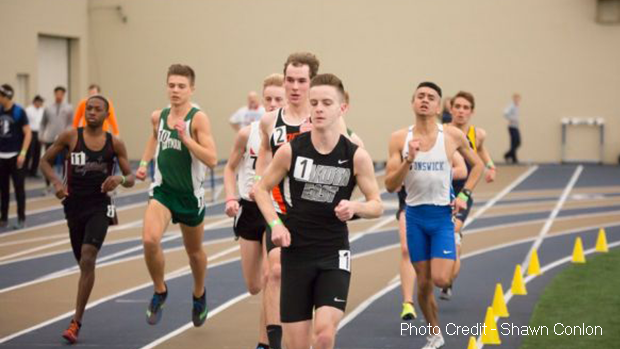 Dustin Horter of Lakota East HS took the 1600m win against a stacked field in Akron.

Previous recap articles focused on boys and girls field events and team relay competitions for both D1 and D2 / D3, so now we will review some of the fantastic performances that were demonstrated in the boys D1 distance races.

In the 1600m event, Dustin Horter of Lakota East High School captured the state championship title with his stellar finishing time of 4:10.77. Horter's result is an Ohio #1 and a U.S. #11 (when considering the 1 mile conversion formula).  Horter indicated post race that his strategy going in was to establish a fast pace early in hopes of wearing his closest competitors down during the final stages.  In keeping with his plan, Dustin Horter seized control from the onset, as he opened up a 20 meter gap on the field shortly into the race.  While the chase pack closed on him late, it was not enough as Horter collected a hard-earned victory.  Andre Bollam-Godbott of Brunswick High School finished 2nd in 4:13.04 and St. Ignatius's C.J. Ambrosio rounded out the top 3 with his 4:13.43 effort. Bollam-Godbott and Ambrosio now occupy the Ohio #'s 2 and 3 rankings as well as the 17th and 20th spots on the national list.  Again, these rankings take into consideration the 1 mile conversion results. 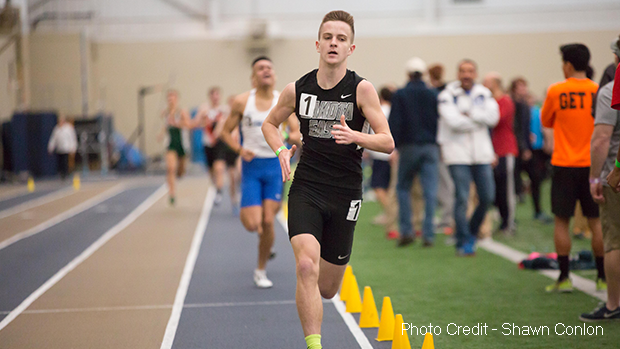 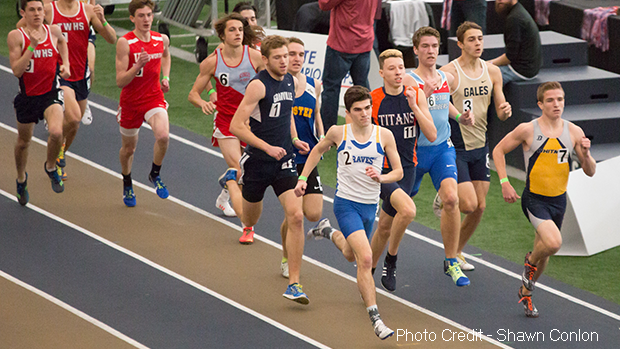 Finally, in the 3200m, Olentangy Orange's Hunter Moore and Maumee's Zak Kirk worked together for much of the race before Moore took control late to earn the win and the state title. Moore's winning time was 9:03.90 while Kirk registered an Ohio #2 and U.S. #6 time of 9:07.71. Moore has a previous result this season which ranks him 1st in the state and 3rd in the country. After the event, Hunter Moore expressed his satisfaction with winning the competition however he hopes that he can go under the elusive 9 minute standard at a 3200m race in the near future. 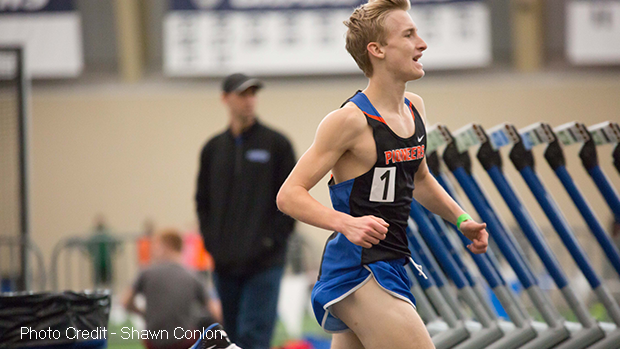 Congratulations to all of the boys that participated in the distance races at the state championship meet!  Complete results can be viewed here: