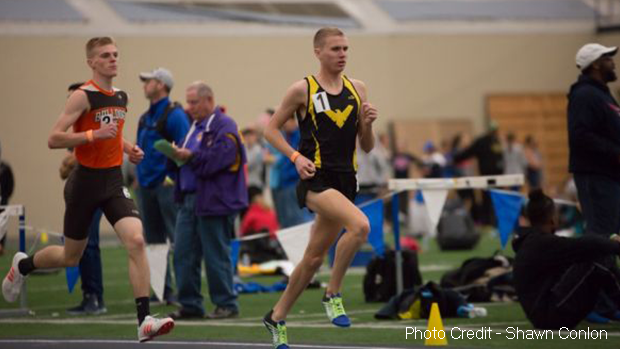 Chad Johnson ran away from the field on route to winning the 1600m state championship.

Previous recap articles have focused on the field events and team relay competitions, so we will now review the boys D2 / D3 distance races.

Max Starvaggi of Woodridge High School posted an impressive time of 1:56.39 to win the 800m state championship. Starvaggi's result represents an Ohio #5 and a P.R. for indoor competition.  Hardin Northern's Nicholas Bame claimed 2nd place in 1:56.87.  Bame, who will compete for Indiana State University next year, recorded a time of 1:55.29 earlier this season which ranks him 2nd in Ohio and 27th on the national list. 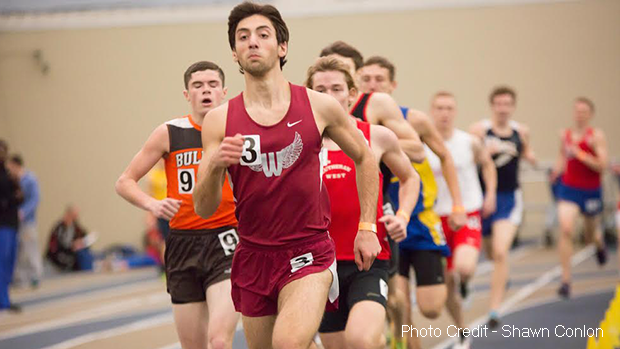 Colonel Crawford's Chad Johnson scored a resounding victory in the 1600m competition, as his 4:14.05 performance was 4 seconds faster than his closest competitor. After calculating the 1 mile conversion results, Johnson's effort ranks him 4th in Ohio and 26th in the U.S. 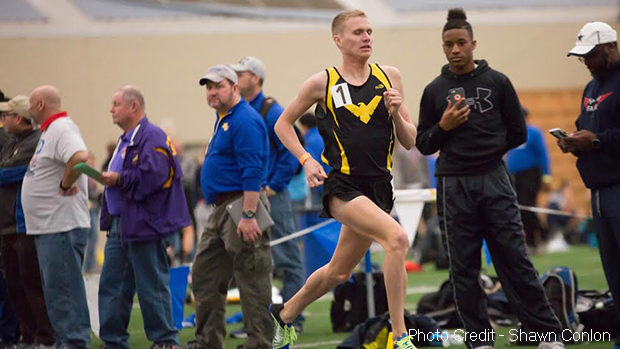 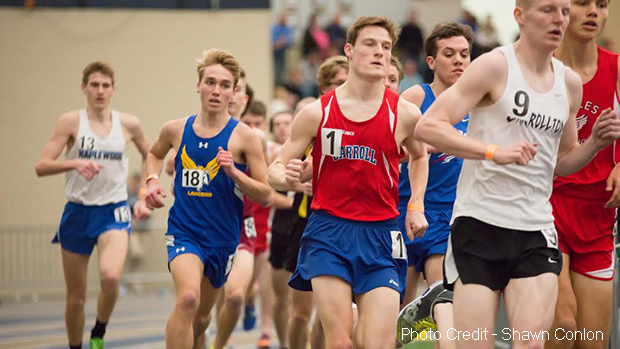 Congratulations to all of the boys that participated in the distance events at the state championship meet! Complete results can be viewed here: