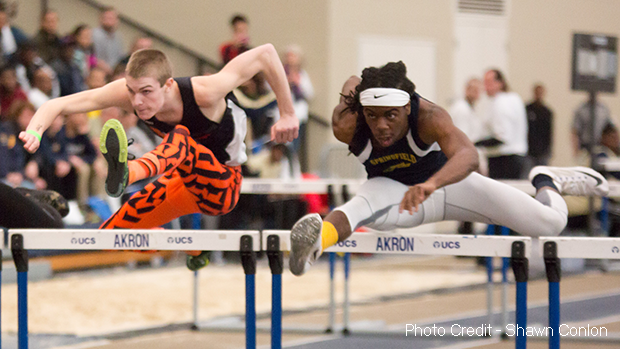 Previous recap articles of the OATCCC Indoor State Championship focused on field events, team relay competitions and distance races for girls and boys in D1 and D2 / D3, so we will now begin our review of the boys D1 sprints.

Highland-Medina's Evan Kasulones captured the state championship win in the 60m with his Ohio #3 time of 6.91. Brian West of Glenville High School finished 2nd in an Ohio #5 time of 6.96 and Gahanna Lincoln's LaCarr Trent took took the 3rd spot with his Ohio #7 result of 7.01. 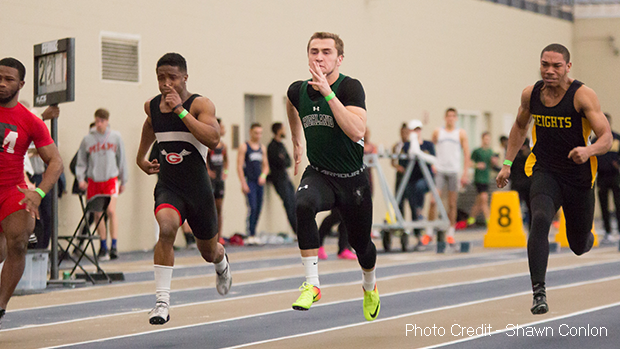 In 200m action, Pickerington Central's Zavien Parker held off Travis Marx of Reynoldsburg and Thomas Worthington's Kainnan Ramsey in one of the closest races of the day to win in 22.00. Parker's time is an Ohio tie for #1 and a new P.R.  Marx finished 2nd in 22.01 and Ramsey claimed 3rd place in an Ohio #3 time of 22.03.  Travis Marx has a previous result this season of 22.00 which places him in a tie for #1 with Zavien Parker in the state rankings. 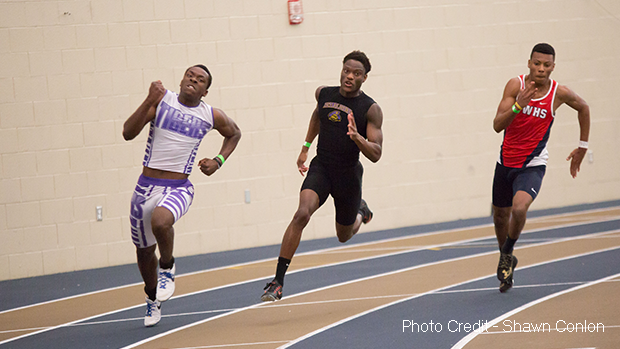 PC's Zavien Parker topped a strong field of 200m sprinters on route to winning the race.
Zach Robinson of PIckerington Central High School won the 400m state championship in an Ohio #2 time of 49.41. Strongsville's Cameron Davis also broke the elusive 50 second standard as he scored an Ohio #4 time of 49.71 to secure 2nd place. 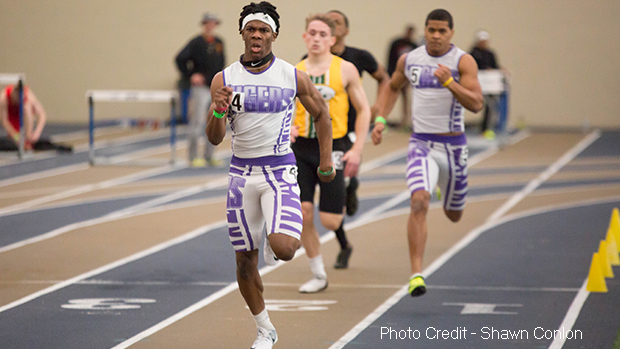 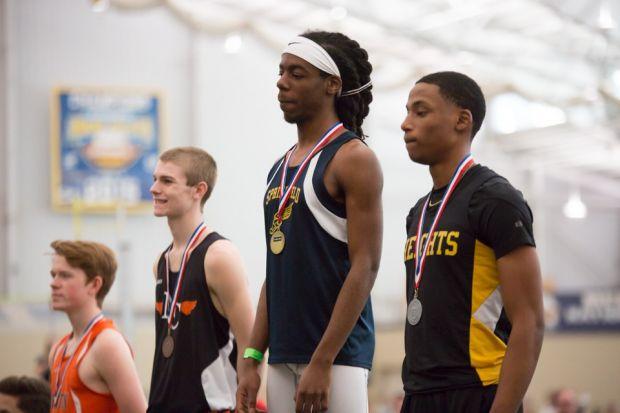 Dyier Smith and Garett White were the top 2 finishers in the 60m Hurdles race.
Congratulations to all of the boys that participated in the sprints at the state championship meet! Complete results can be viewed here:
http://oh.milesplit.com/meets/248108/results/499475/raw#.WMNh4TsrLIU
Tweets by OHMileSplit