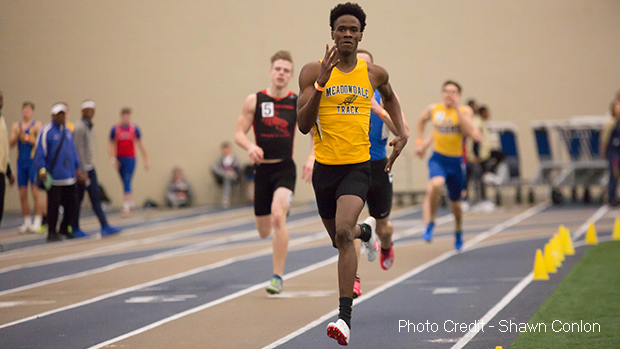 Previous recap articles of the OATCCC Indoor State Championship focused on field events, team relay competitions and distance races for girls and boys in D1 and D2 / D3, so we will now conclude our coverage of the meet with our review of the boys D2 / D3 sprints.

In the 60m competition, Demetri Keaton of Warrensville Heights High School took the state championship win in a time of 6.96. Keaton set a new P.R. during his 60m prelims race where he produced an Ohio #1 and U.S. tie for #29 effort of 6.88.  Mason Warnimont of Cory-Rawson High School finished 2nd in a time of 6.99.  Warnimont had a previous time of 6.99 this season which ranks him 6th on the state list. 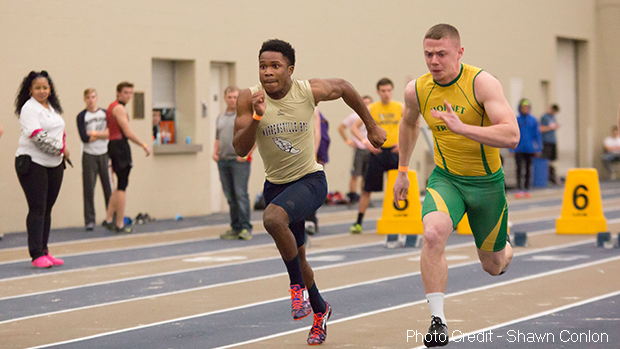 Demetri Keaton and Mason Warnimont had exciting battles in the 60m and 200m races.

Jacob Mally of Woodridge High School captured the 60m Hurdles win in an Ohio #2 and U.S. #27 time of 8.02. Mally, who will compete for Kent State University next year, joins teammate Max Starvaggi as individual winners from Woodridge High School.  Starvaggi claimed the 800m state championship with his Ohio #5 winning effort of 1:56.39. Behind Mally in the 60m Hurdles standings were Cole Smith of Smithville High School who came 2nd with a time of 8.06 and Dunbar's Jalani Allen who captured 3rd place with his 8.16 result.  Smith's time represents an Ohio tie for #4 while Allen has a previous result this season of 8.15 which ranks him 8th in Ohio. 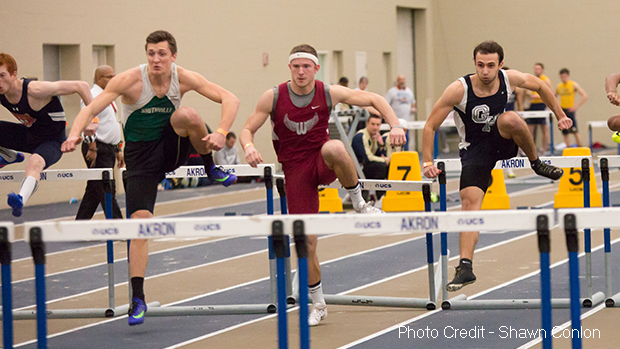 Jacob Mally of Woodridge High School won the 60m Hurdles race in an Ohio #2 time of 8.02.

In 200m action, Mason Warnimont of Cory-Rawson High School claimed the win in 22.36. Warrensville Heights' Demetri Keaton finished 2nd in an Ohio #11 time of 22.51 and Drake Litteral of Miami Trace came in 3rd with his Ohio tie for #14 effort of 22.56. Warnimont has a previous result this season of 22.35 which ranks him 6th in the state. 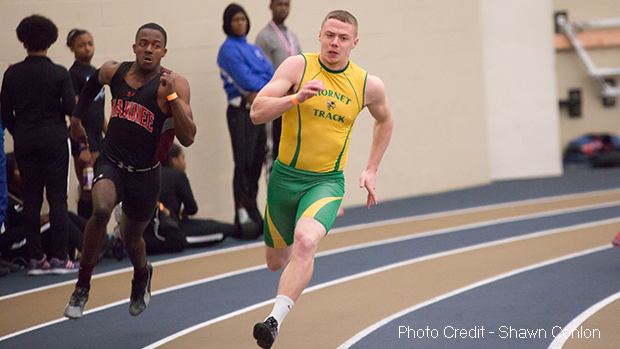 Cory-Rawson's Mason Warnimont won the state championship in the 200m race in Akron.

Meadowdale's Wayne Lawrence Jr. set a new Ohio #1 in the 400m race as he secured the win in an outstanding time of 48.70. This mark represents a U.S. #27 for Lawrence. Nae Rennie of Fairfield Union finished 2nd in an Ohio #3 time of 49.43 and Grand Valley's Sam Morris rounded out the top 3 with his 50.00 effort.  Morris has a time of 49.85 from earlier this season which ranks him 5th in the state. 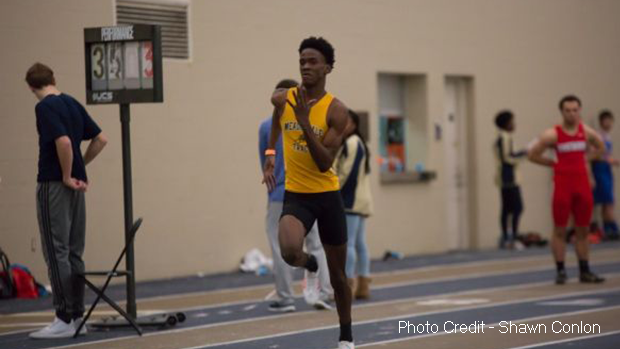 Congratulations to all of the boys that participated in the sprints at the state championship meet! Complete results can be viewed here: