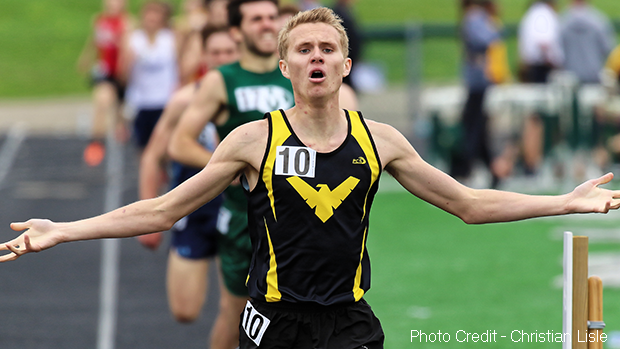 The GlenOak Second Sole Eagle Elite meet took place at the GlenOak High School track in Canton, Ohio and four new Ohio #1 results were posted along with many other top ten state marks.

Demetri Keaton of Warrensville Heights High School took a pair of impressive wins at the GlenOak Second Sole Eagle Elite meet.  Keaton won the 100m race in an Ohio #7 time of 10.85 and he took 1st place in the 200m race with his Ohio #6 result of 22.12. 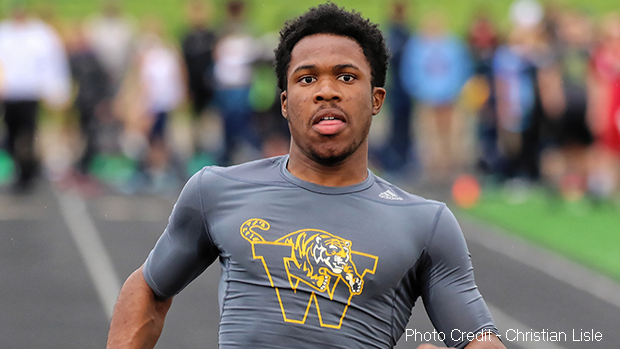 Demetri Keaton took the 100m race win against an accomplished field of sprinters. 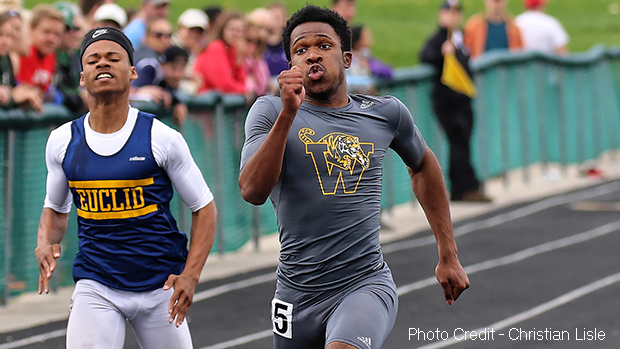 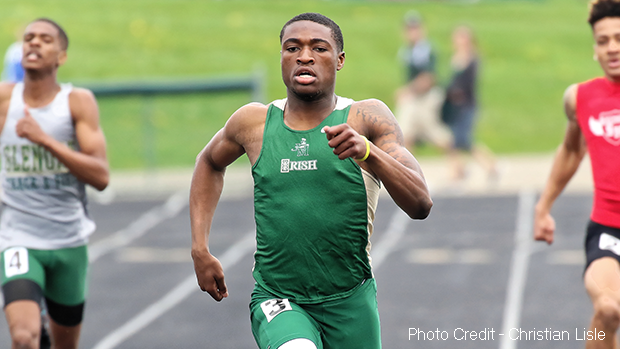 De Amonte King produced an outstanding time of 48.61 to win the 400m race. 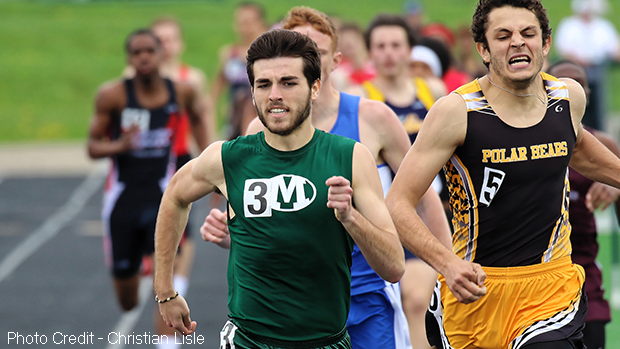 Colonel Crawford's Chad Johnson established a new state #1 in the 1600m event with his stellar winning time of 4:14.38.  Johnson claimed the victory in a race that boasted the top five 1600m times in the state for the outdoor season and his mark also represents a U.S. #13 and a new outdoor P.R.  C.J. Ambrosio of St. Ignatius High School won the 3200m race with his Ohio #2 time of 9:17.84.

Chad Johnson made a statement in defeating a talented field of 1600m specialists. 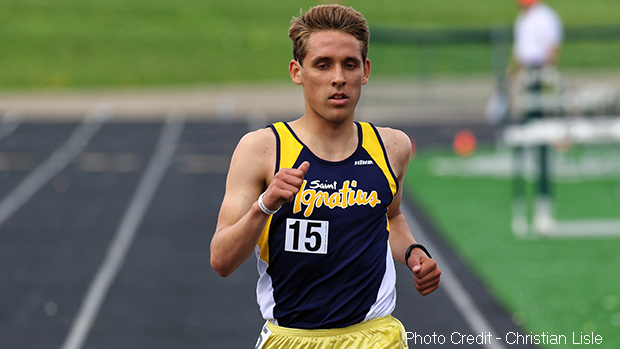 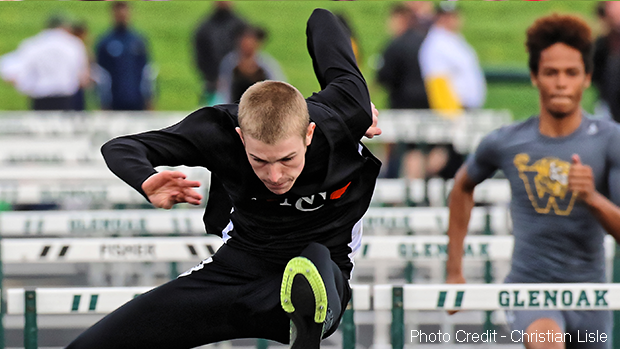 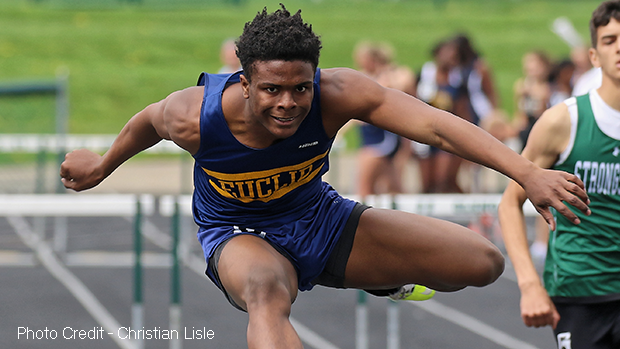 Adam White put forth a strong effort while winning the 300m hurdles event. 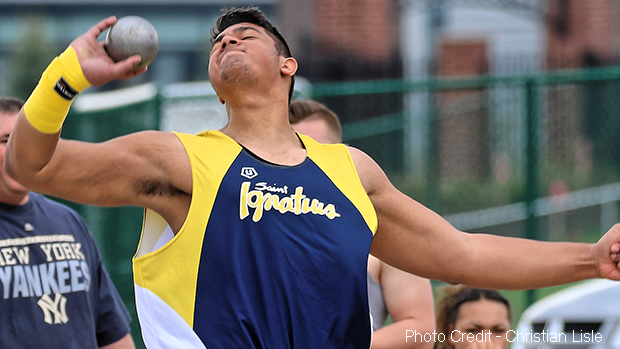 Darian Kinnard emphatically won the Shot Put competition with his throw of 56-11.50. 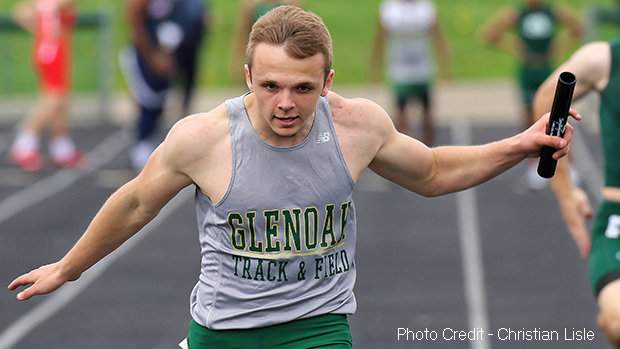 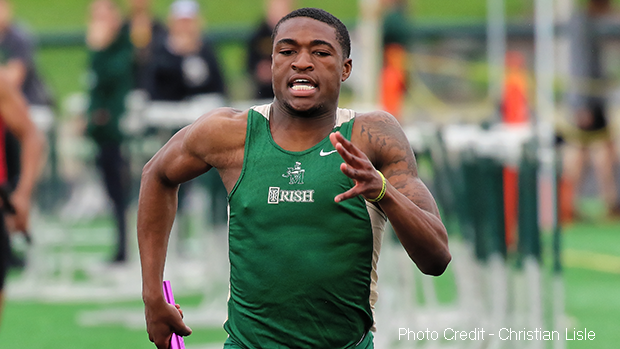 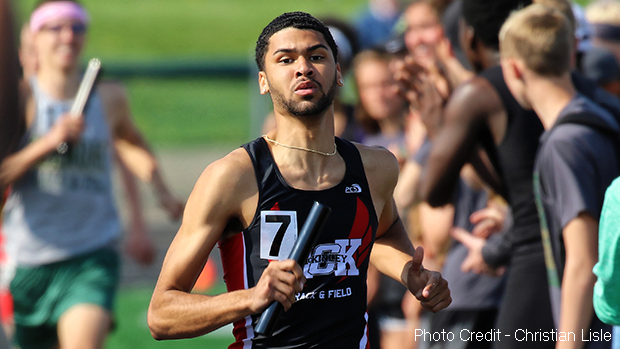 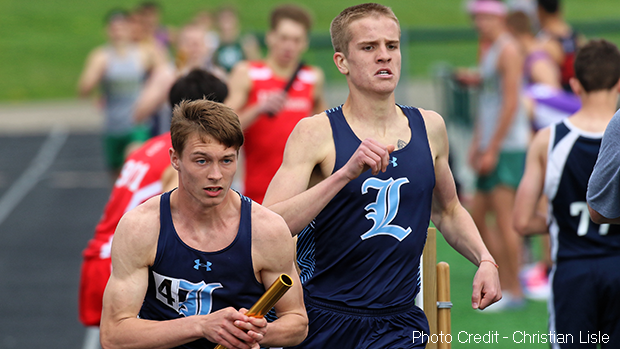 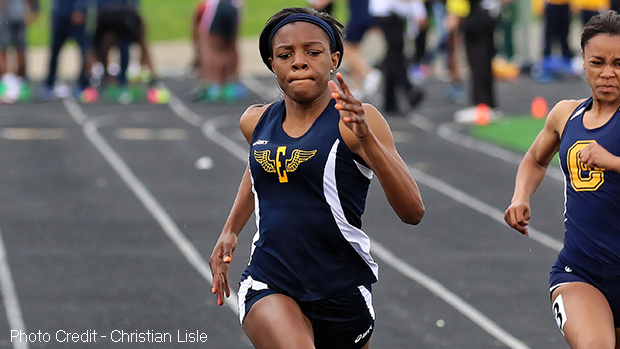 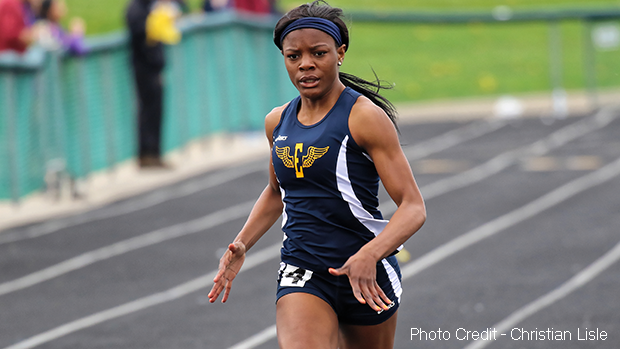 Euclid's Caisja Chandler finished strong to win the 200m race in a time of 25.35. 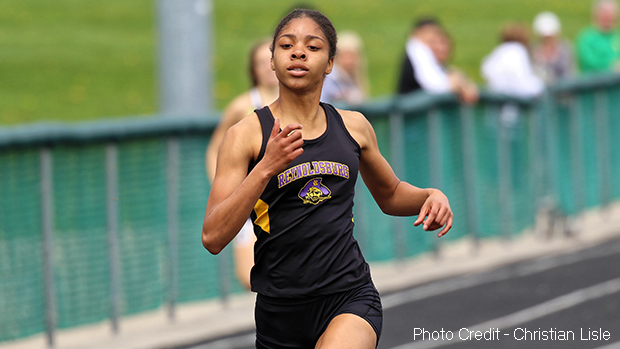 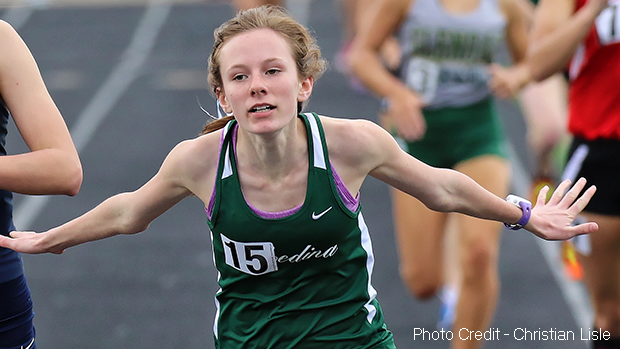 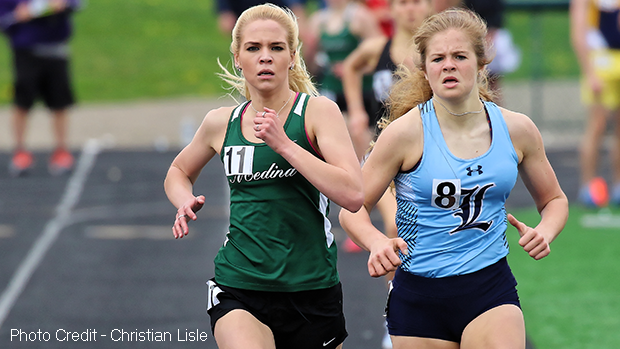 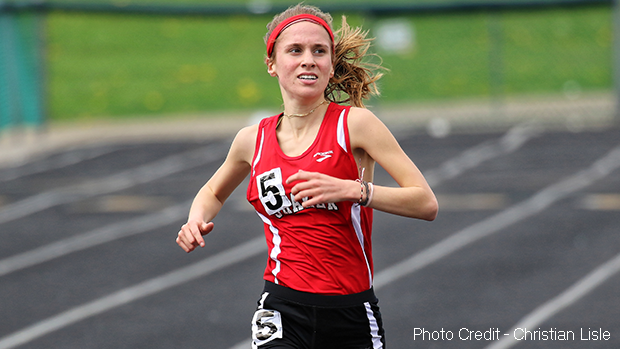 Sophie Carrier recorded the 6th ranked time in the state with her 3200m win. 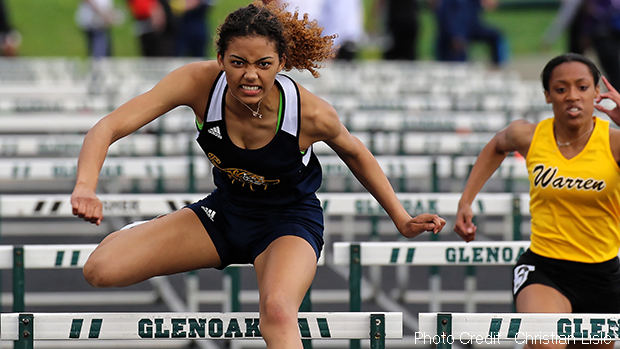 Nina Jones of Warrensville Heights HS won the 100m hurdles race in a time of 15.23. 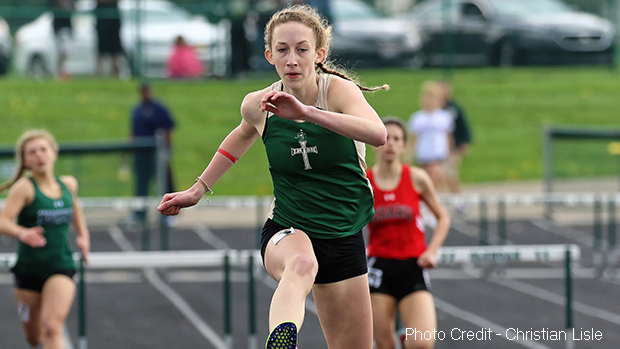 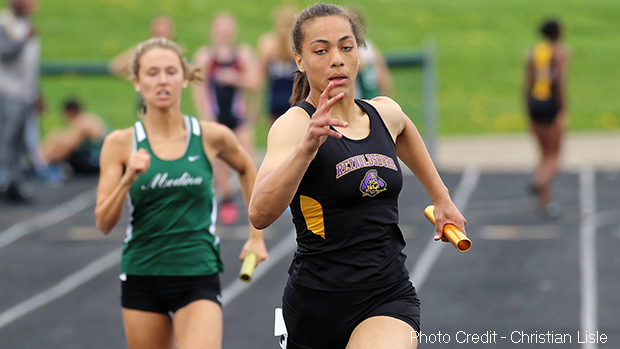 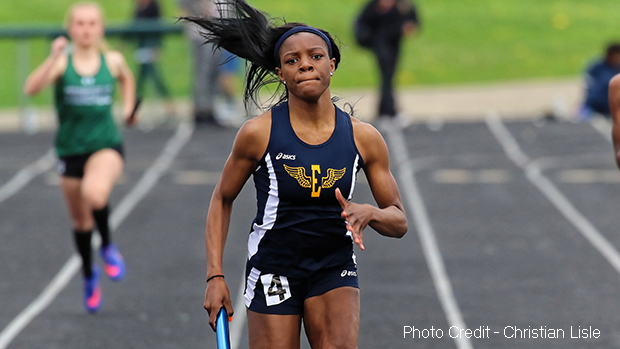 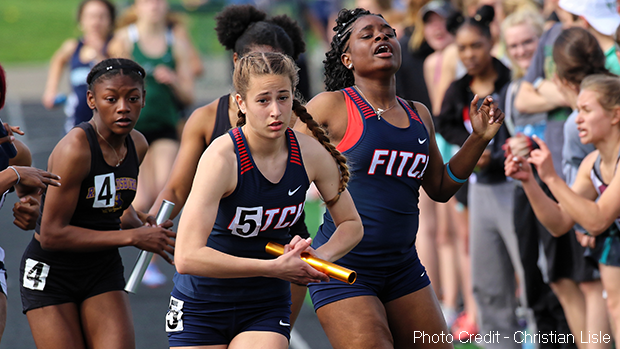 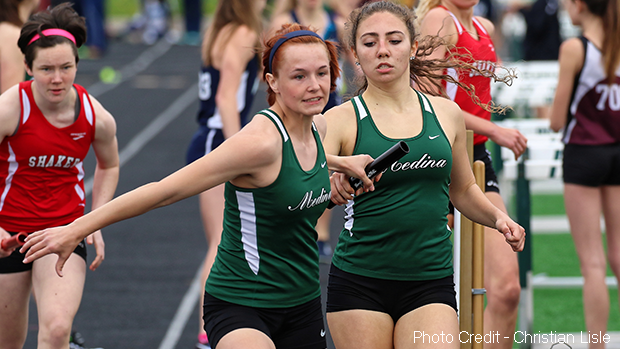 Congratulations to all of the athletes who competed at the GlenOak Second Sole Eagle Elite meet and thank you to Christian Lisle for supplying the pictures that were used in this recap.

Full results can be found below: