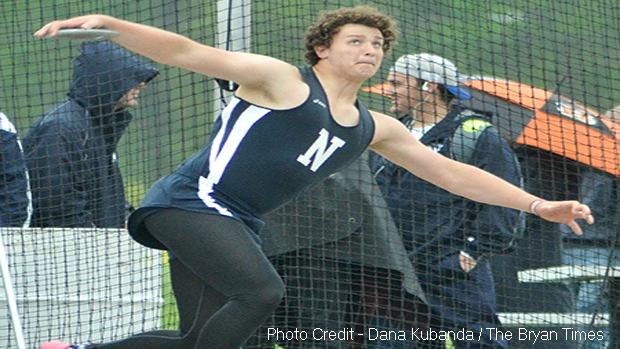 Sam Meece of Napoleon High School is the #1 ranked Discus athlete in the state.

MileSplit Ohio would like to congratulate Sam Meece of Napoleon High School for his recent Discus throw achievement at the Bryan Golden Bear Invitational. 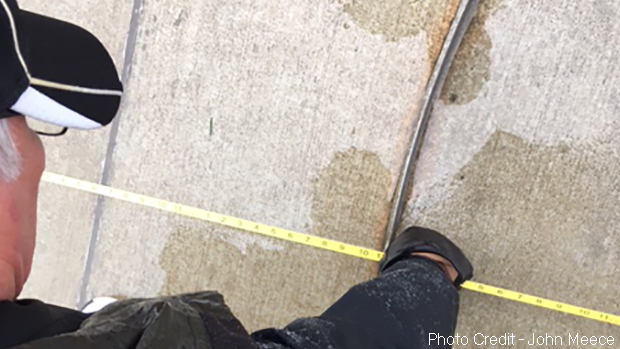 The official measurement of Sam Meece's 200-11 throw at the Bryan Golden Bear Invitational.

Below is Sam's description of the event:

I have thrown very well at the Bryan Golden Bear Invitational in the past and it was the location of my biggest throw last year.  This year the weather was not looking great with cold and rain so we didn't know if they would even get the meet in.  I knew that I was going to have to stay balanced with the ring being slippery and I was trying to get a good stretch to lead to a good release.  My first three throws were in the 180 range and for my last throw I tried to slow down in the back of the ring to really stretch out.  It felt like a good throw when I released it, but I didn't know it was going be that far.  I was really excited when I saw how far it was going! 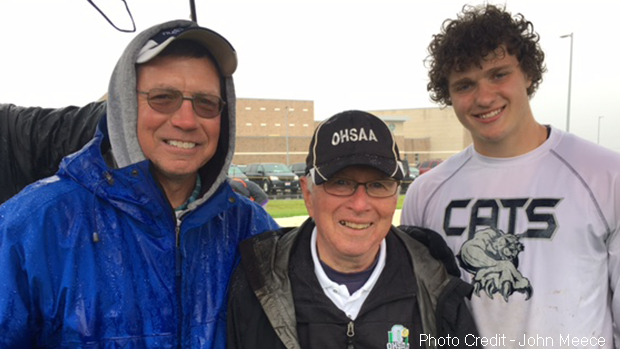 Thank you to Dana Kubanda of The Bryan Times for supplying Sam's action picture and thanks to John Meece for providing the complementary pictures.  Again, congratulations to Sam Meece on an incredible performance!