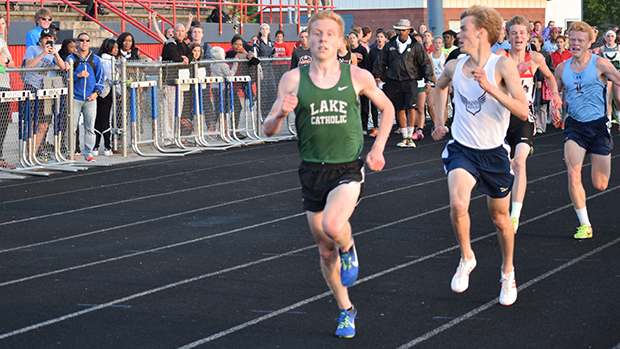 The Division 1 Region 1 meet was hosted by Austintown Fitch High School and state qualifying berths were on the line as the top four finishers in each event made themselves eligible to compete at the OHSAA State Track and Field Championship which will take place at Ohio State University in Columbus.

Euclid's Caisja Chandler was in top form and showed that she's ready to take on the state's best sprinters as she won both the 100m and 200m races.  Chandler produced winning times of 12.12 and 24.70 respectively.  Caisja Chandler ran an Ohio #15 time of 12.05 in her 100m prelims race this past Wednesday. 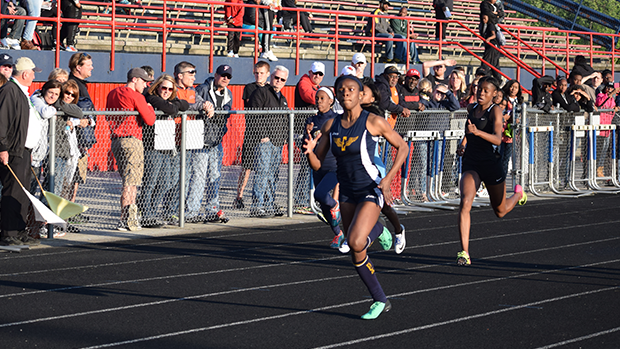 Caisja Chandler of Euclid High School took a pair of wins at the Division 1 Region 1 meet.

Jasmyn Allen of Brush High School won the 100m hurdles in 14.67 and Massillon Washington's Aniya Lowery took the 300m hurdles win with her Ohio #12 time of 44.20.  In addition to her win in the finals, Jasmyn Allen ran an Ohio tie for #13 time of 14.62 during her prelims race. 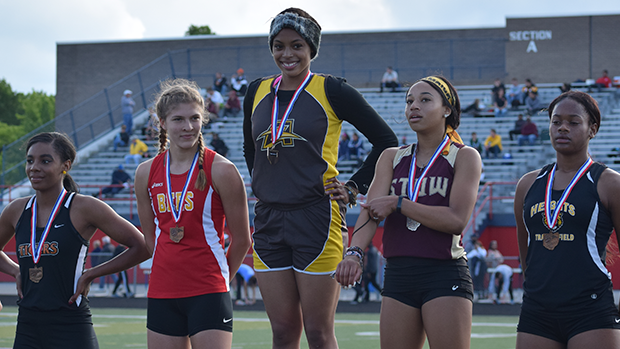 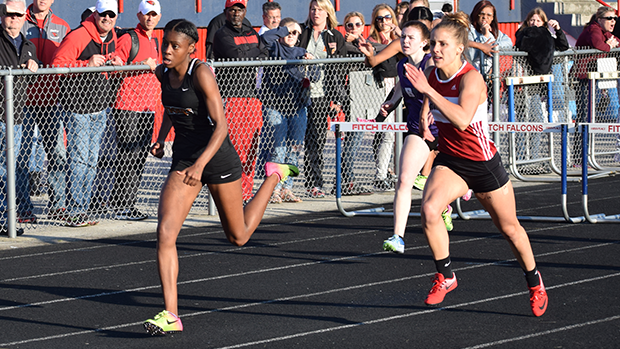 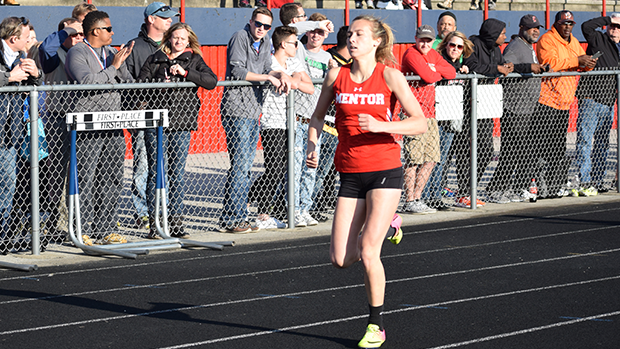 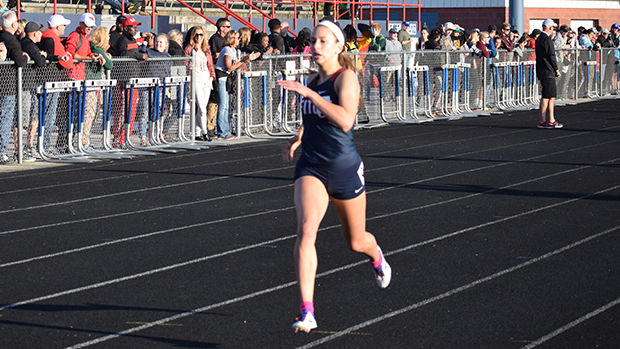 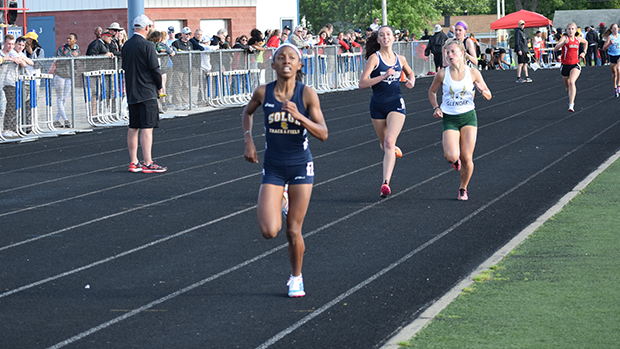 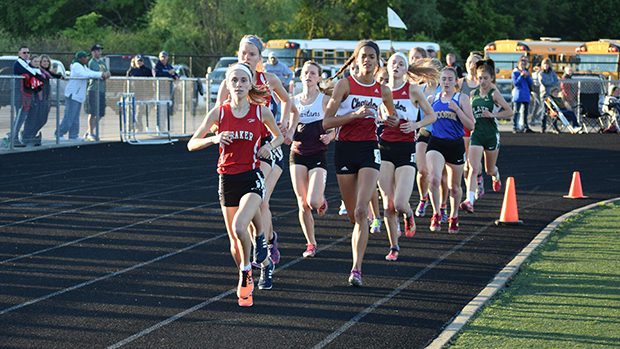 Sophie Carrier established an early lead and took a nine second win in the 3200m race.

In team relay action, Massillon Washington took the 4 x 100m win with their Ohio #14 time of 48.92 and Twinsburg won the 4 x 200m with their 1:42.59 effort.  This result represents an Ohio #16 for the outdoor season.  Mentor High School finished 1st in the 4 x 400m and they were led by University of Michigan signee, Emma Lane.  When Lane received the baton, the Cardinals were trailing several teams but her outstanding anchor leg run propelled Mentor to the victory.  Their time of 3:54.11 represents an Ohio #7 for the outdoor season. 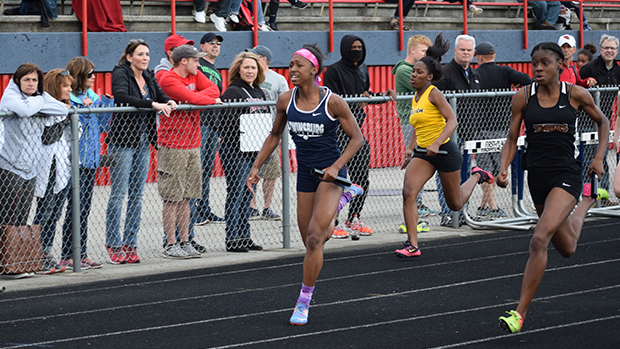 Massillon Washington took a close win over Twinsburg in the 4 x 100m relay. 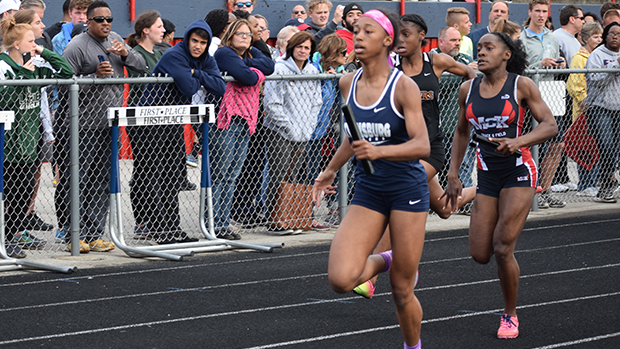 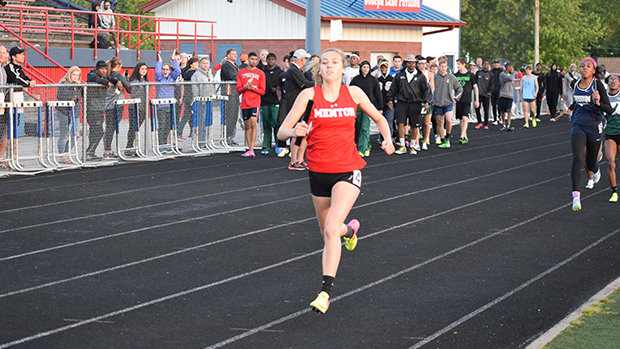 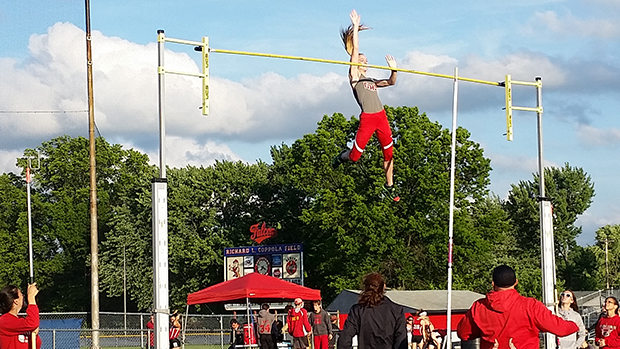 Geneva's Deidra Marrison is the 2nd ranked Pole Vault athlete in the state. 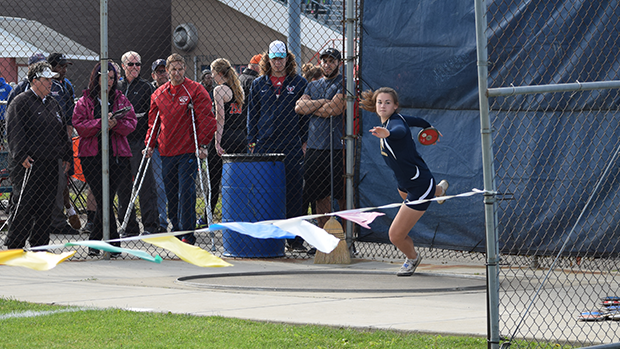 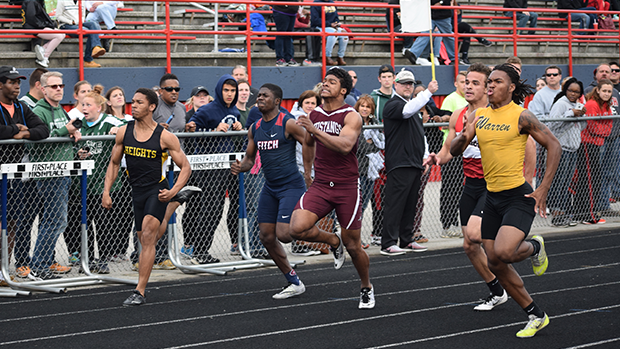 Kayron Adams topped a strong field of sprinters in the 100m race. 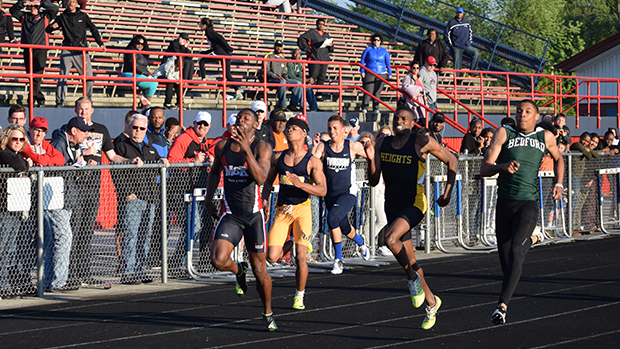 Savion Sales took a close win over Shakorie Davis and Tellis Horne in the 200m race. 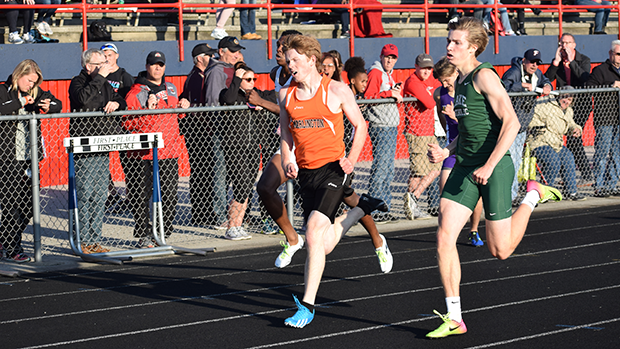 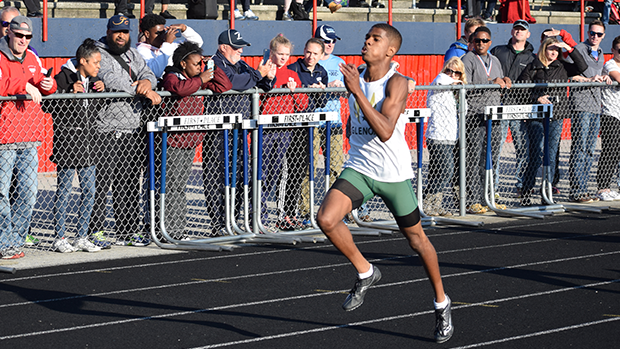 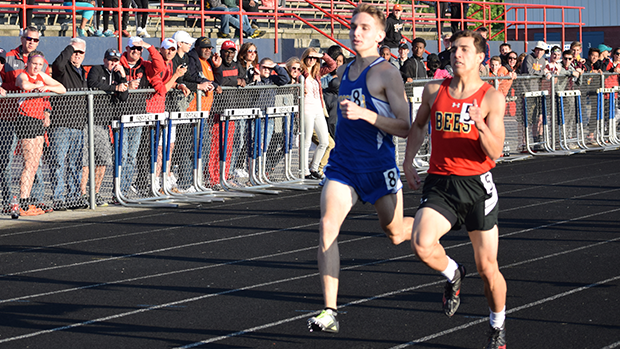 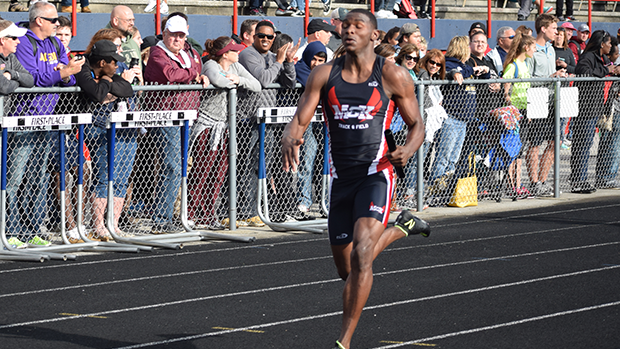 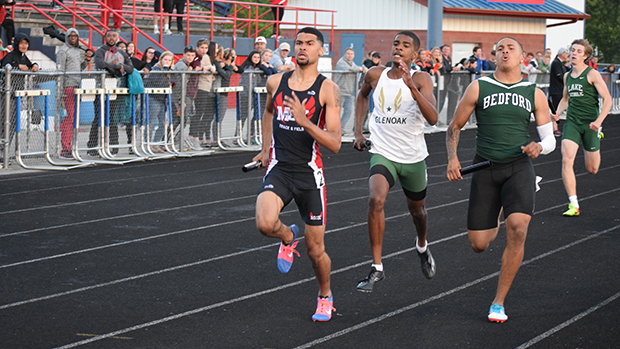 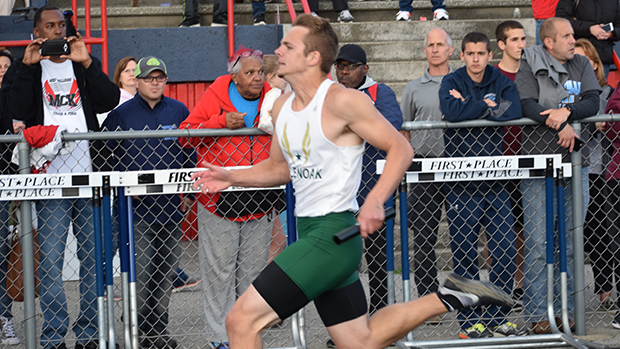 In 3200m action, Lake Catholic's Jacob Keating took the win with his Ohio #8 time of 9:16.22 and Keating also won the 1600m race with his Ohio #22 time of 4:17.56.  The 1600m race was re-run at the end of the meet due to a collision that caused several runners to fall down during the original run. Following the conclusion of the 1600m race, the meet officials determined that the appropriate course of action was to conduct the race again later in the evening.  During the second running of the 1600m race, several athletes were in position over the last lap to secure one of the coveted top four spots.  Jacob Keating, who was trailing the leaders, produced a massive kick over the final 100m to secure the win in one of the most exciting races of the meet.  Louisville teammates Nick Chaplik and Noah Chaplik and Boardman's Chris Butler rounded out the top four. 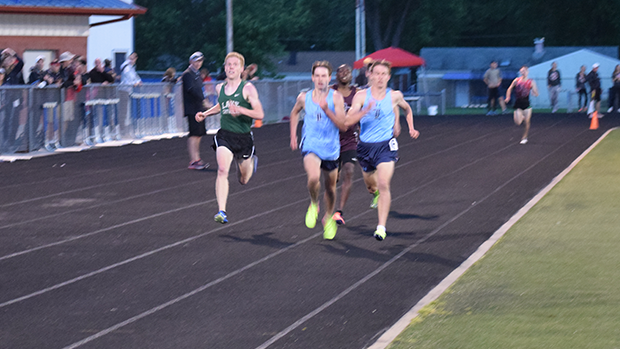 Congratulations are extended to the athletes who qualified for the OHSAA State Track and Field Championship and thank you to Coach Steiner of Austintown Fitch High School for welcoming MileSplit Ohio to cover the outstanding track and field action that took place.

Full results can be found here: