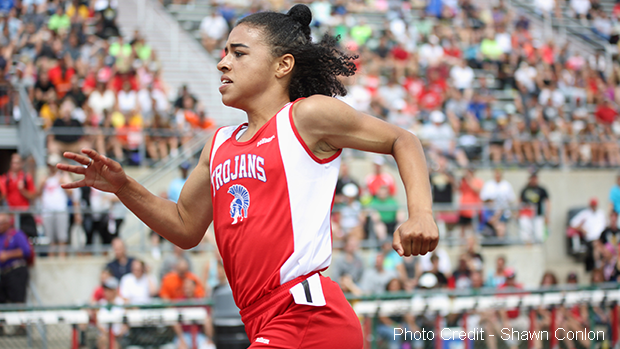 Lynsey Shipley of Portsmouth High School is ranked 1st in D3 in the 400m event.

The D3 OHSAA State Track and Field Championship will take place this weekend at Jesse Owens Memorial Stadium on the campus of Ohio State University.  Below is a preview of some of the exceptional athletes who will be vying for state titles in Columbus.

Mason Warnimont of Cory-Rawson High School enters the state championship as the top ranked D3 athlete in the 100m with his time of 10.82 and he trails only Brookfield's Xavier Bailey in the 200m. Bailey posted a division's best 21.78 result this season and Warnimont ran a 21.85 at the OHSAA Division 3 District - Liberty Benton meet.  Xavier Bailey owns D3's 2nd ranked 100m result of 10.86 which he recorded at the Division 3 Region 9 meet.  These two sprinters could push each other to very fast times at the OHSAA State Track and Field Championship. 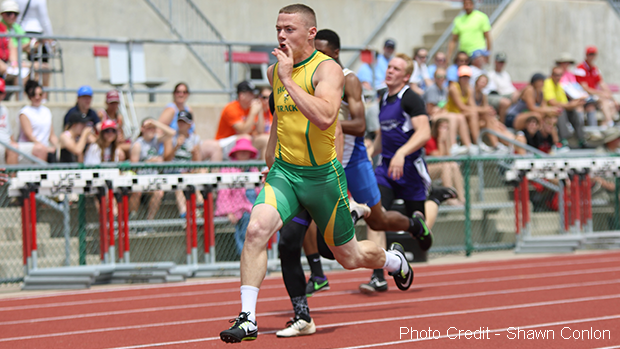 Mount Gilead's Austin Hallabrin and Nicholas Bame of Hardin Northern High School are strong contenders to win the 800m race.  Hallabrin leads D3 with his 1:54.48 from the Division 3 Region 11 meet and Bame posted an impressive time of 1:54.59 at the Division 3 Region 10 meet for 2nd overall in D3.  East Canton's Josh Conrad should also have the 800m victory in his sights as he brings his D3 #3 ranked time of 1:55.14 with him to Columbus. 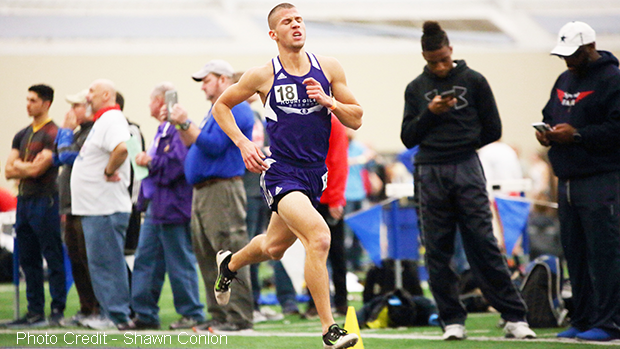 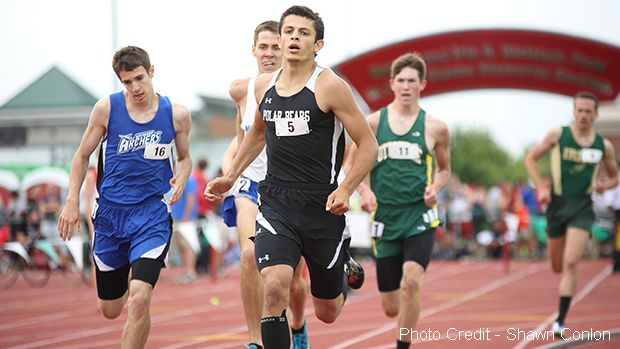 Nicholas Bame, who is headed to Indiana State University, is one of the 800m contenders.

Chad Johnson of Colonel Crawford High School will be favored to win the 3200m race as he enters this weekend with the division's top time of 9:15.30.  Johnson, who is an accomplished 1600m and cross-country runner as well, could threaten the 9 minute benchmark if he's joined by another runner or two up front. 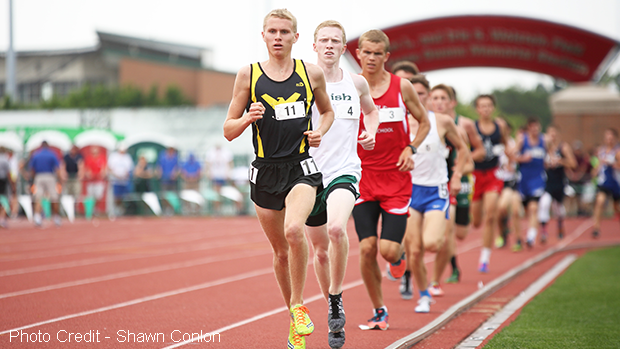 Seneca East's Garrick Manning leads the D3 Pole Vault rankings with his vault of 15-6 from earlier this season and Timothy Trawick of Piketon High School will be looking to move up one placement from last years state championship where he finished as the runner-up in the High Jump event.  Trawick is currently ranked in a tie for 3rd in D3 with his 6-8 jump at the Chillicothe Cavalier Invitational. 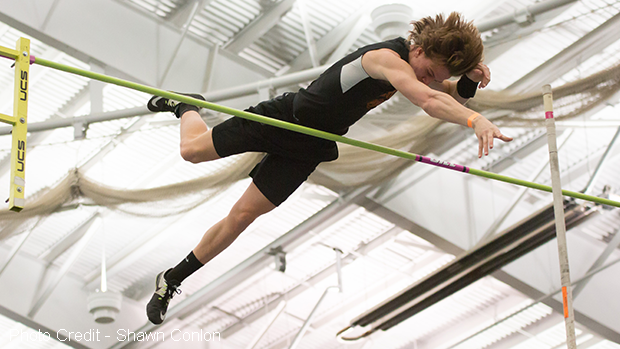 Seneca East's Garrick Manning is the #1 ranked D3 Pole Vault athlete with his vault of 15-6. 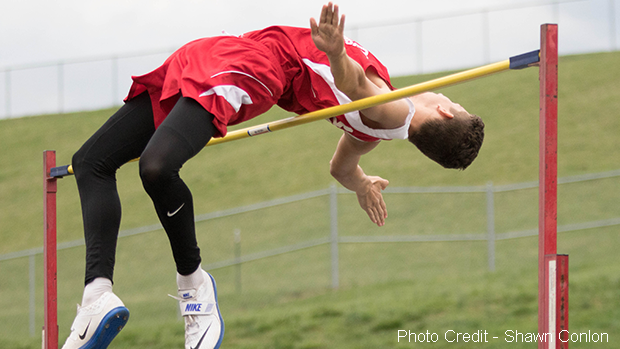 Timothy Trawick is hoping to end his high school career with a state title in the High Jump.

Paint Valley's Jacob Ott and Ryan Demaline of Liberty Center High School are the top two ranked athletes in the Shot Put and Discus events with Ott leading the way in both.  Jacob Ott has recorded #1 ranked throws for D3 with his marks of 59-4.5 and 172-3 while Ryan Demaline trails closely behind with his throws of 58-8.75 and 170-0 respectively. 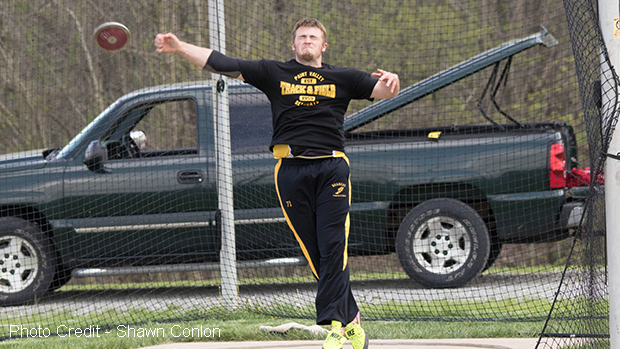 Paint Valley's Jacob Ott leads the D3 rankings in both the Shot Put and Discus events. 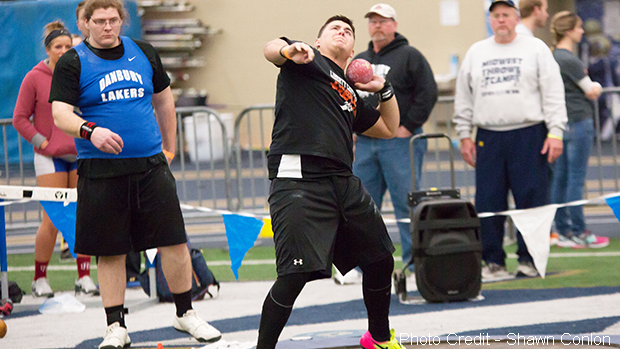 Libety Center's Ryan Demaline is one of the top contenders in the Shot Put and Discus events.

Alysse Wade of St. Peter's Mansfield High School tops the leaderboard in three events heading into the OHSAA State Track and Field Championship.  Wade is poised to contend for state titles in the 100m, 200m and 100m hurdles races as she owns the division's top times of 12.02, 25.09 and 14.33 respectively. 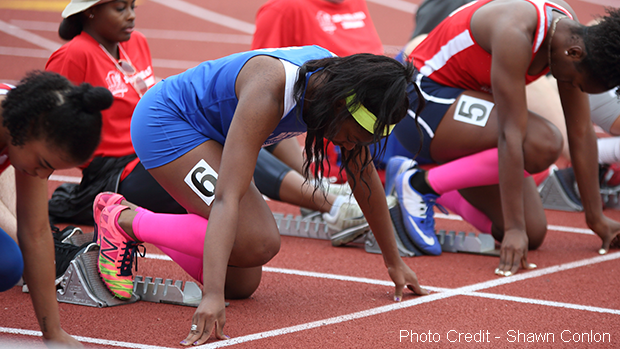 Kalee Soehnlen of St. Thomas Aquinas High School will be seeking multiple state titles at the OHSAA State Track and Field Championship, as she enters with the top D3 800m time of 2:10.62 and the fastest 1600m result.  Soehnlen recorded a time of 4:56.06 at the Stark County Championships in April. 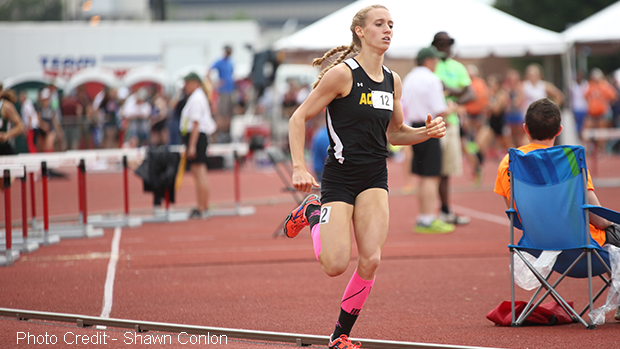 Kalee Soehnlen will be seeking state titles in the 800m and 1600m races in Columbus.

Kyleigh Edwards, Sophia Volpe and Jenny Seas lead a strong field in the 3200m race, as all three girls have registered times well under 11 minutes this season.  Faifield Christian's Edwards is ranked 2nd in D3 while St. Wendelin's Volpe and Seas of Peebles High School are ranked 3rd and 4th respectively.  The division's top ranked runner, Kalee Soehnlen, will be focusing on other events at the state championship. 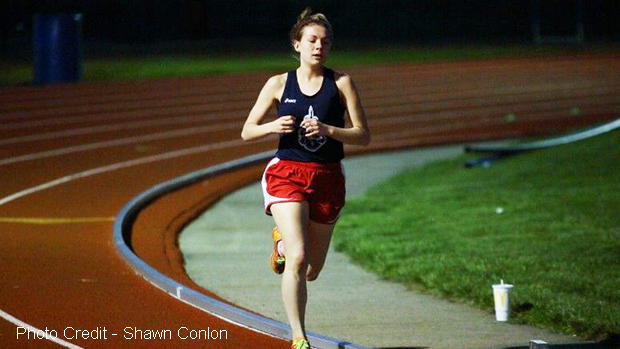 Kyleigh Edwards is recognized as the top seed going into the 3200m race. 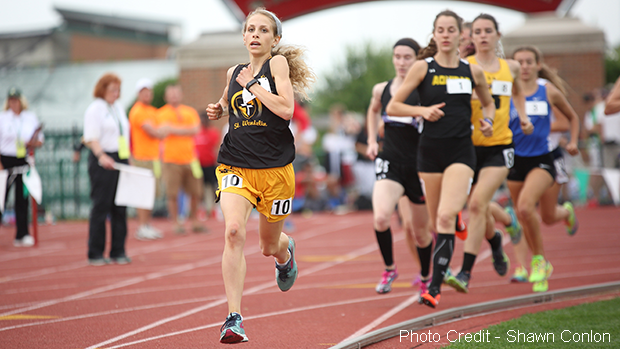 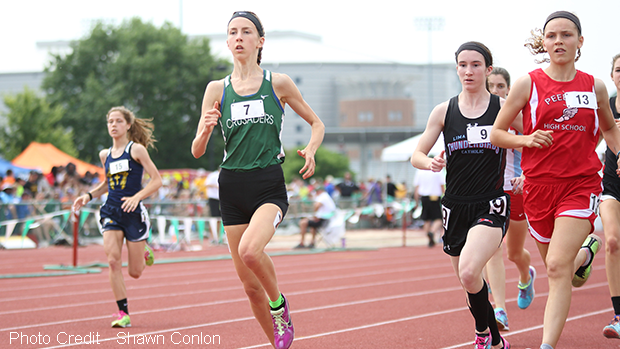 Margaretta's Kassidie Stimmel leads the way in D3 in the Pole Vault event with her top ranked vault of 12-7 and Brooke Mangas of Ottoville High School will be seeking her third straight state title in the High Jump competition.  Mangas, who is ranked in a tie for 1st in D3 with a 5-8 jump this season, will be challenged by Emma Daughtery of Maumee Valley Country Day, Bridgette Rettstatt of Worthington Christian and Swanton's Julia Smith among others. 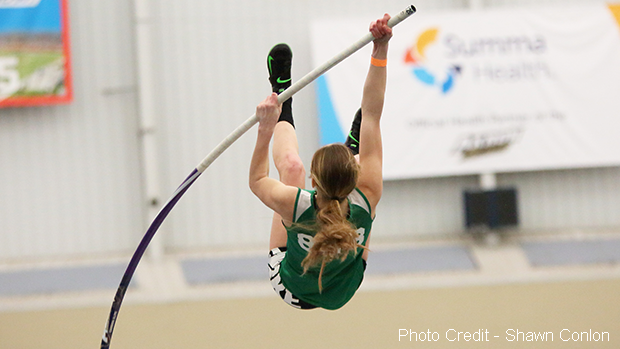 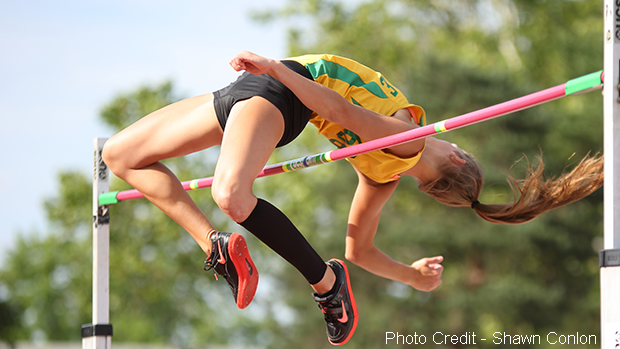 Ottoville's Brooke Mangas is in search of a 3rd straight state title in the High Jump event.

McComb's Molly Leppelmeier leads the D3 rankings in the Discus event by a wide margin with her U.S. #3 throw of 171-5 and she also leads the way in the Shot Put competition with her 49-8 throw from the OHSAA Division 3 District - Liberty Benson meet.  Rootstown's Abby Moore and Nicole Berry of Franklin Monroe High School also bring impressive Shot Put results with them to the OHSAA State Track and Field Championship. 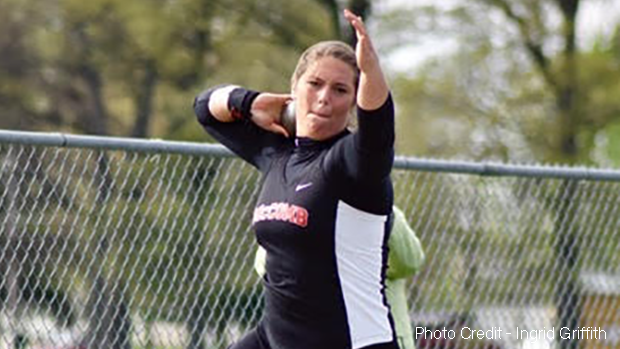 McComb's Molly Leppelmeier is ranked 4th in the country in the Shot Put event.

Good luck to all of the athletes who will be competing at this weekend's D3 OHSAA State Track and Field Championship and thank you to Shawn Conlon for supplying most of the pictures that were used in this preview.