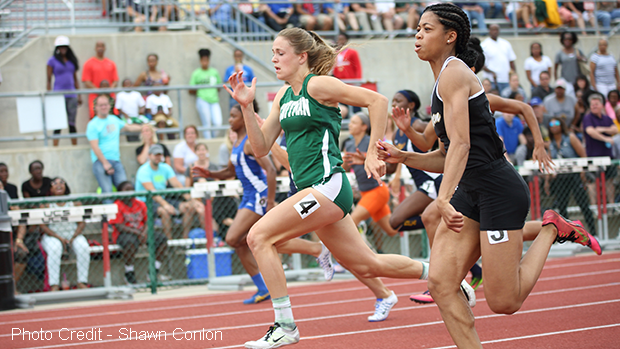 Abby Steiner of Dublin Coffman High School is ranked 1st in the state in the 100m event.

Brunswick's Rebecca Craddock, Sam Bush of Turpin High School and Hilliard Davidson's India Johnson all bring highly ranked results in both the 1600m and 3200m events with them to Columbus. Craddock is ranked 1st in the state and 15th in the country in the 1600m event with her 4:49.13 result from the Division 1 Region 2 meet and Bush is ranked 3rd in Ohio from her 4:51.73 effort at the ECC Championship meet.  India Johnson's time of 4:52.24 represents an Ohio #4 for the outdoor season. In the 3200m event, Rebecca Craddock is ranked 3rd in the state while Sam Bush and India Johnson occupy the 4th and 8th positions respectively. 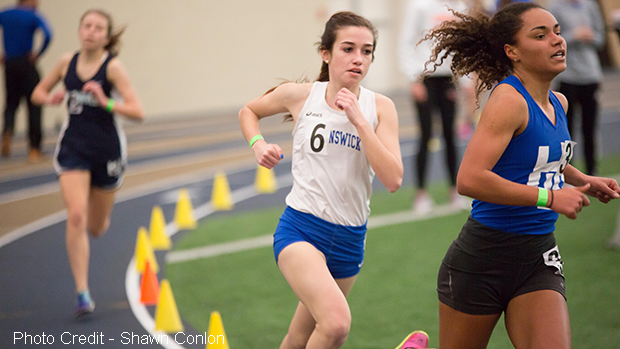 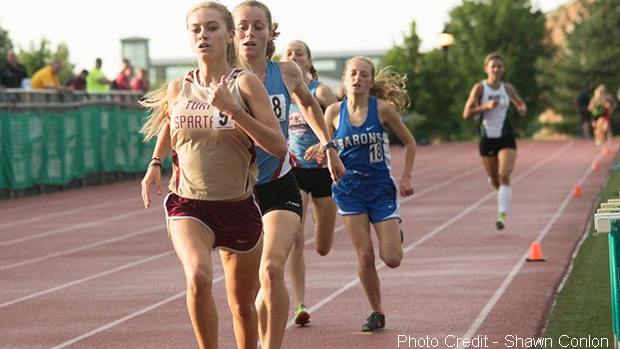 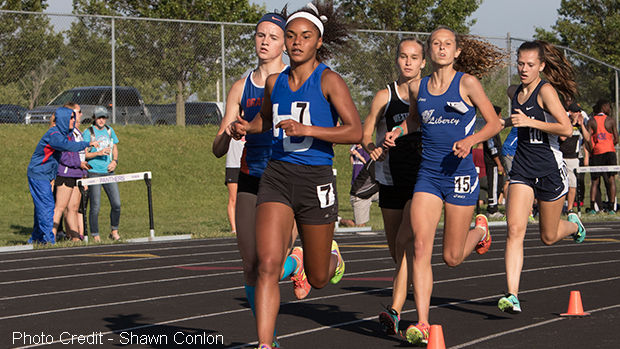 In the 100m hurdles race, Sylvania Southview's Lauren Micham and J'Alyiea Smith of Withrow High School are two of the top contenders for the state title.  Micham is ranked 1st in Ohio with her time of 14.10 and Smith occupies the 2nd position on the state list with her 14.23 result at the OHSAA Division 1 District - Mason meet.  In the 300m hurdles event, the aforementioned Micham along with Gahanna Lincoln's Benja Duff are expected to be a few of the top athletes competing.  Duff is ranked 2nd in Ohio and Lauren Micham owns the 3rd fastest time in the state this season. 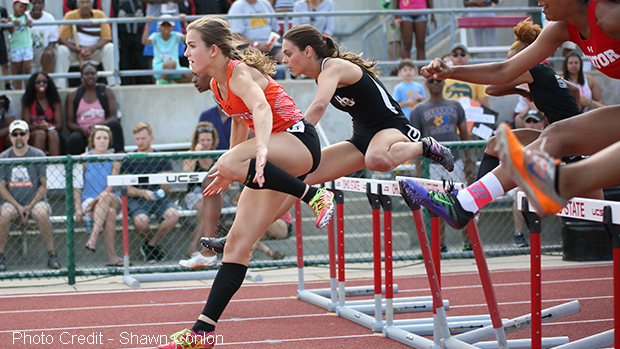 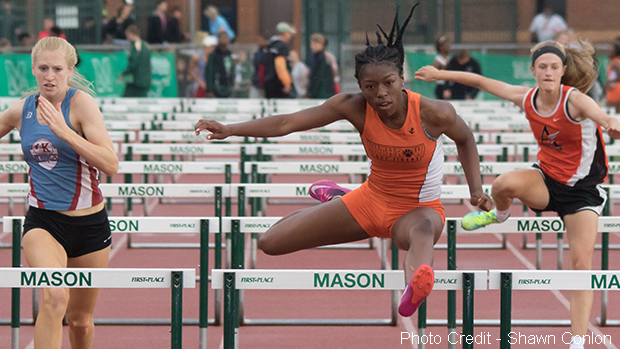 J'Alyiea Smith of Withrow High School is seeking a state title in the 100m hurdles event. 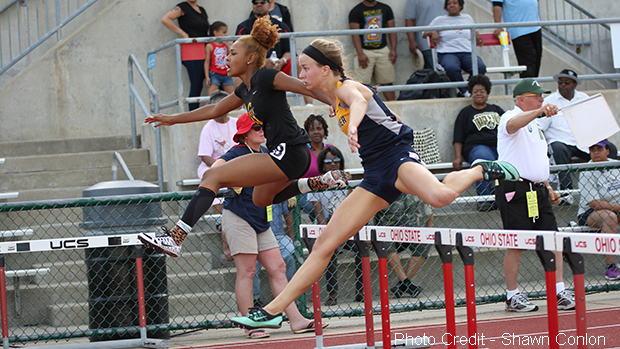 In the 100m race, Dublin Coffman's Abby Steiner brings her Ohio #1 time of 11.54 with her to Columbus and in the 400m event, Natalie Price of Granville High School is ranked 1st in the state and 5th in the country with her 52.93 result from last weekend's Division 1 Region 3 meet. 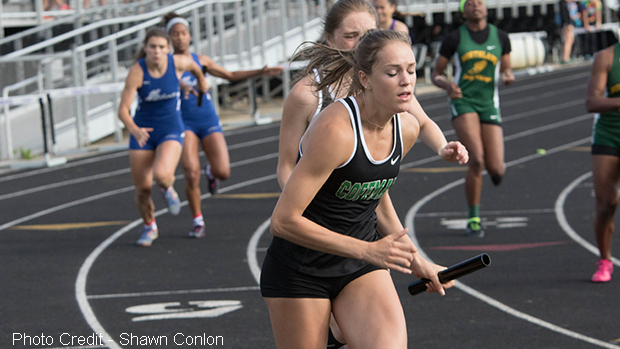 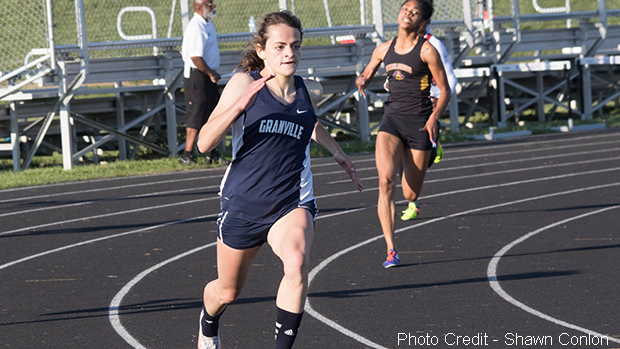 Granville's Natalie Price will compete for the Indiana University Hoosiers next year.

The Long Jump event is setting up to be a highly competitive contest as several athletes have recorded jumps of over 18-0.  Withrow's Doneasha Brewer, Sylvania Southview's Kennedy Marable, Withrow's Niyah Carpenter and Taylor Robertson of Wayne High School among others have posted impressive results throughout the season. 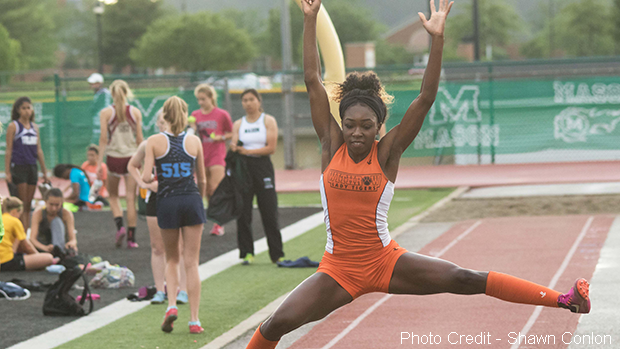 Withrow's Niyah Carpenter is ranked in a tie for 11th in Ohio with her jump of 18-3. 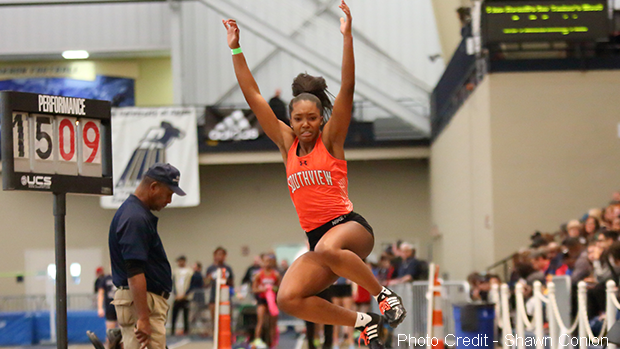 Sylvania Southview's Kennedy Marable is ranked 9th in Ohio with her jump of 18-4. 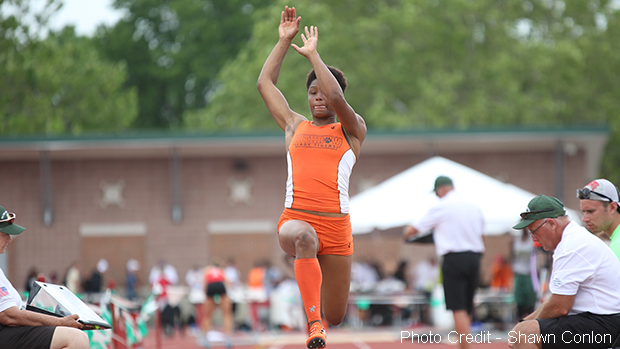 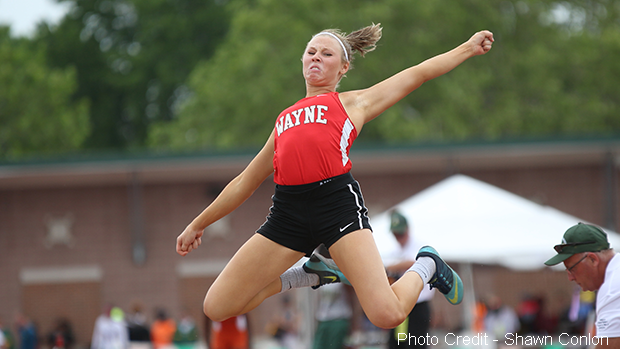 Three of the country's best Pole Vault athletes will be vying for the Ohio state title, as Anna Watson, Deidra Marrison and Siobhan Szerencsits will be in action at the Jesse Owens Memorial Stadium. Watson of Olentangy Orange High School is the all-time Ohio record holder with her 13-6.25 and this vault currently ranks her 6th in the U.S. for the outdoor season.  Geneva's Marrison is ranked 2nd in Ohio and 20th in the country with her vault of 13-1.5 and Szerencsits of Olentangy High School resides in 3rd place in Ohio and in a tie for 25th in the U.S. rankings with her 13-0 vault at the Ohio Capital Conference Championship - Buckeye Division meet. 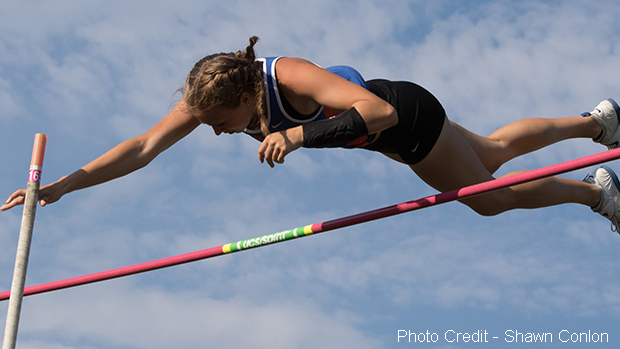 Olentangy Orange's Anna Watson will compete for the Indiana University Hoosiers next year. 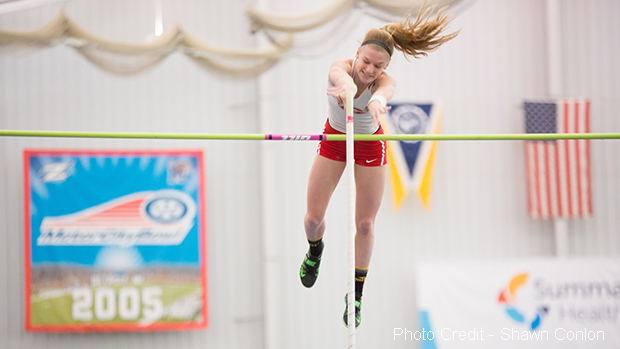 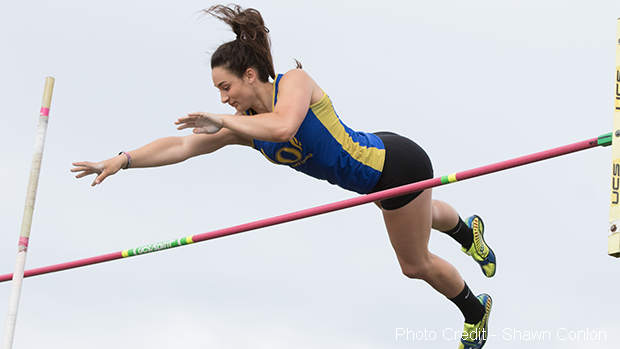 Olentangy's Siobhan Szerencsits is one of the top contenders in the Pole Vault event.