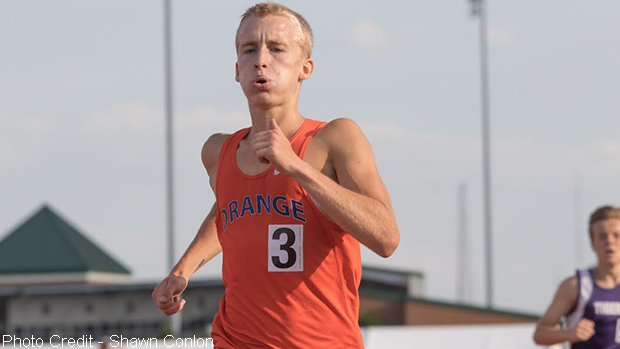 MileSplit Ohio would like to congratulate Hunter Moore on his excellent performance in the 3200m race at last weekend's D1 OHSAA State Track and Field Championship.

Hunter Moore won the race in a time of 8:58.47.  This result represents an Ohio #2, a U.S. #31, a new P.R. and an Olentangy Orange school record!  This is Hunter Moore's second sub 9 minute 3200m performance of the season, as he also achieved this standard at April's Stingel Invitational where he produced a time of 8:59.78.  The only other Ohio athlete to go under 9 minutes this season is Lakota East's Dustin Horter, who did so on two occasions.  Horter did not participate in the D1 3200m state championship race. 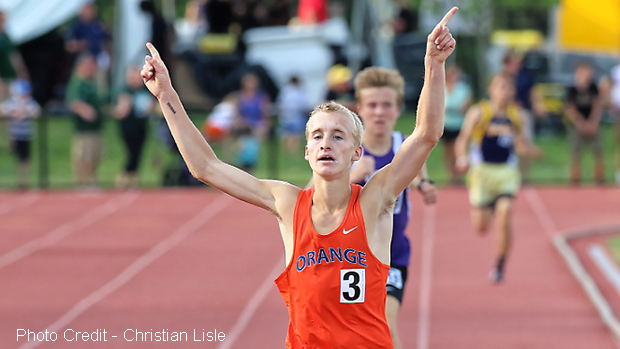 Hunter Moore is ranked 31st in the country in the 3200m event.

Hunter Moore will continue his outdoor season at this weekend's Midwest Meet of Champions where he'll compete in the 1600m event.  Moore, who will run XC and Track for Eastern Michigan University next year, brings a 1600m P.R. of 4:16.67 with him to this senior all-star meet.

Congratulations to Hunter Moore on his impressive 3200m performance at the D1 OHSAA State Track and Field Championship!