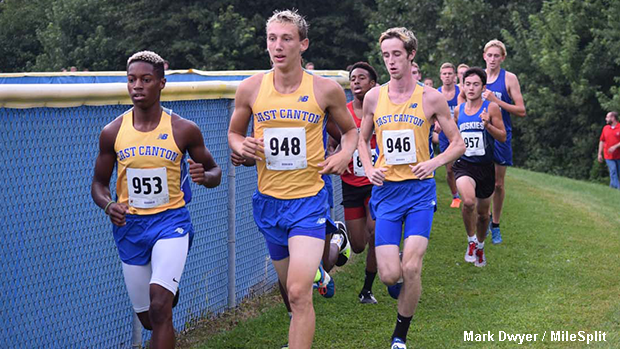 The chase pack working together early on at the 2017 East Canton Invitational.

The 16th annual East Canton Invitational took place on Wednesday, August 30th and it was hosted by East Canton High School and 2017 USTFCCCA boys coach of the year, Tom Loy.

Harrison Central's Jasmine Arnold took the win with her time of 20:39.60 and she was followed by Tuslaw's Rebecca George and East Canton's Emily Cain.  George secured 2nd place with her 21.02.69 effort and Cain claimed 3rd position with her 21:47.11 result. 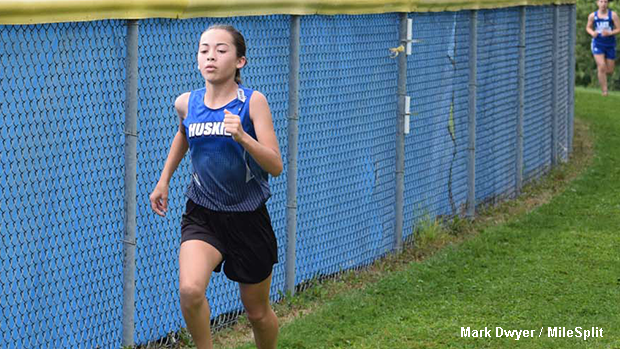 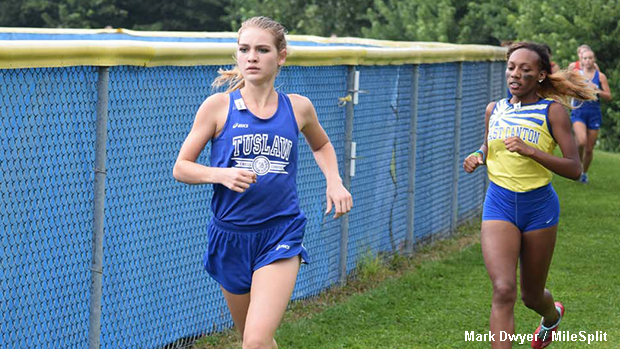 Rebecca George (left) moved up several spots in the 2nd half of the race to take 2nd place. 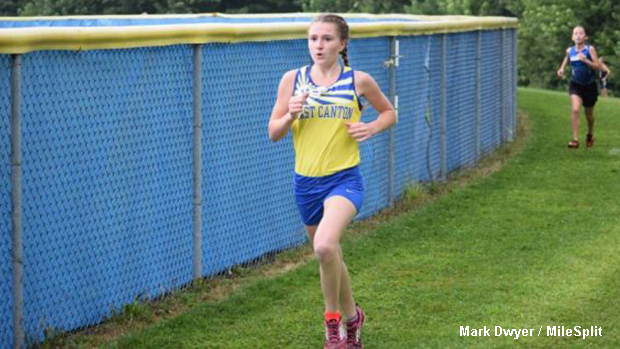 East Canton teammates Demetriu Snellenberger and Josh Conrad pushed each other to the line to take the top two spots.  Snellenberger fishished 1st with his time of 17:08.84 and Conrad was close behind with his 17:11.62 2nd place effort.  The next two positions were occupied by Tuslaw athletes as James Viront finished 3rd and Zac Wilhelm took 4th place.  Viront produced a time of 17:15.90 and Wilhelm recorded a 17:16.31 result. 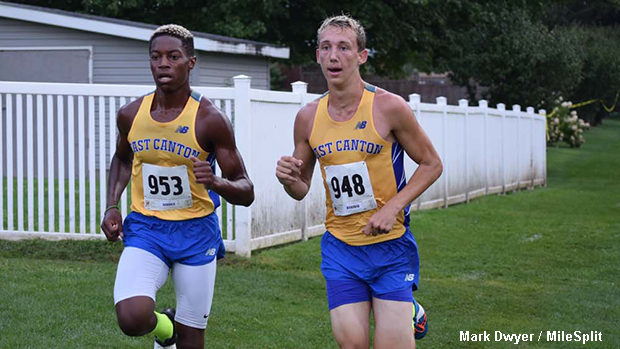 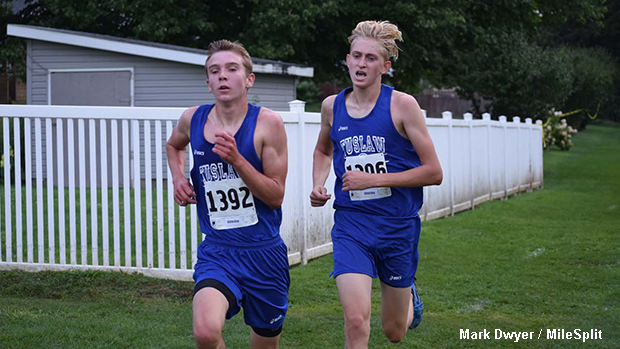 James Viront (left) and Zac Wilhelm put forth a spirited battle in pursuit of 3rd place.

Congratulations to all of the athletes who competed at the East Canton Invitational.