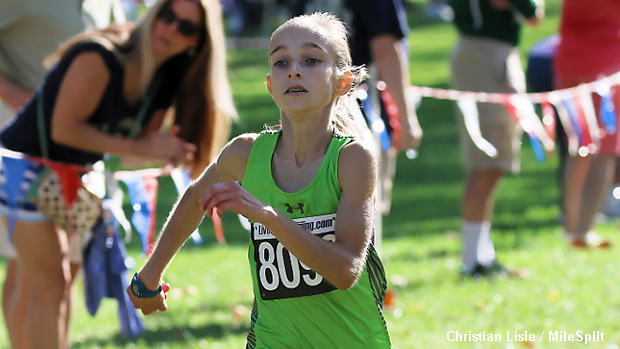 Ursuline Academy's Felicia Krekeler finished 1st with her time of 19:08.70.

Congratulations to Keeton Thornsberry and Felicia Krekler on their race wins at Saturday's Midwest Catholic Championships which was held at Indian Riffle Park in Kettering.

Keeton Thornsberry from Holy Cross (Louisville) put 20 seconds of separation on the 2nd place finisher as he took the victory in a time of 16:14.10.  This was Thornsberry's 2nd win of the season and it comes one week after he recorded his season's best time of 15:44.40 at the Trinity / Valkyrie Invitational where he finished in 9th place.  Thornsberry's result at the Trinity / Valkyrie Invitational ranks him 4th overall in the state of Kentucky and 2nd in terms of 2019 grads.  Thornsberry has a 5K XC PR of 15:36.22 which he achieved during the 2016 season. 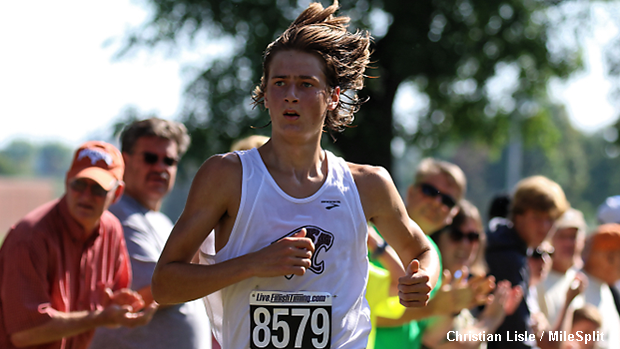 Keeton Thornsberry of Holy Cross (Louisville) picked up his second race win of the season.

Ursuline Academy's Felicia Krekeler secured the win with her 19:08.70 effort.  This was Krekeler's 3rd win of the season and her 4th Top 5 result.  Her PR and season's best time of 18:32.90 at the Lakota East Classic in August rank her 32nd overall in Ohio and 7th among sophomore athletes.  Krekeler finished a comfortable 17 seconds ahead of the 2nd place competitor at the Midwest Catholic Championships.

Felicia Krekeler has a trio of race victories to this point in the 2017 XC season.

Congratulations again to Keeton Thornsberry and Felicia Krekeler on their impressive performances and thank you to Christian Lisle for providing the pictures that were used in this article.