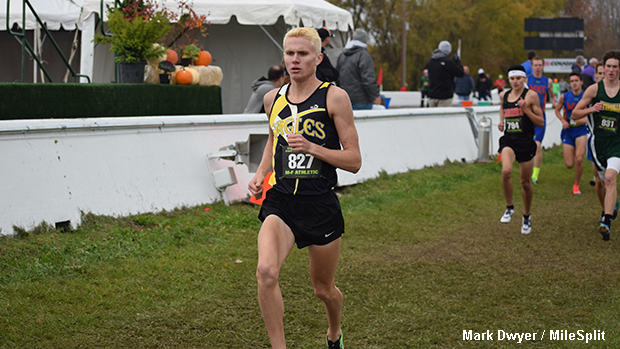 Chad Johnson made it two DIII OHSAA Ohio State Championship wins in a row, as he recorded a 1st place time of 15:33.30 earlier today at the National Trail Raceway in Hebron!  Johnson led from the start and he had a sizable lead before he reached the 1st mile marker.  He crossed the line 12 seconds ahead of the 2nd place finisher, Brendan Siefker of Ottoville.