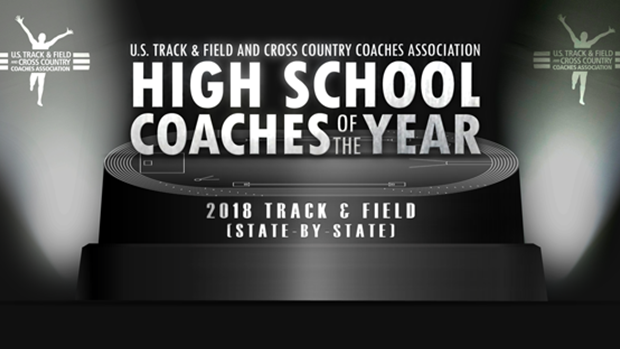 Coach Loy guided the East Canton boys to the DIII team title at last month's OHSAA State Championship, where they earned 64 points.  The Hornets claimed top three finishes in the 4x200, 4x400 and 4x800 relays highlighted by their victory in the 4x400.  Stand-out individual performances were demonstrated by seniors Josh Conrad and Joel Berger.  Conrad secured the 800m race win in 1:53.99 and Berger placed third in the 110m hurdles event due to his 14.74 effort.

Coach Whittaker led the Gahanna Lincoln girls to the DI State Championship team win.  MileSplit Ohio connected with Coach Whittaker to learn more about his team's success this past season.

Our philosophy is to combine Indoor and Outdoor, using the break in between as a sort of "halftime" to make adjustments.  Winning our 4th consecutive Indoor D1 title provided us with motivation to go after our #1 goal, to win an outright Outdoor title.  After sharing it in 2015 with Withrow, the seniors on our team (then freshmen) were determined to not leave before winning a sole championship!  We won our share of big Invitationals, including Eastern Relays in Louisville but the Wayne Invitational was the meet that gave us the indication that this was our destiny.  We were missing several key athletes at that meet and we were down going into the 4x4 but somehow, miraculously, we pulled it off!  It was a total team effort by a selfless group of girls who defined the meaning of 'team'.  We capped off the remainder of our season by winning our 6th straight OCC Championship, our 6th straight District title and our 4th consecutive Regional title before winning the State title.  At the midway point of the State meet we were not even close, however we knew exactly what we had coming up - our power events. The girls never panicked, as they showed incredible poise and we actually pulled away in the end.  Our 4x8 squad setting the meet record was a major highlight on day one, but they never let that get to their heads.  Evidence of that is how our 4x4 ran like we needed the victory to win when in actuality, the meet was essentially over after our 1-4 finish in the 800.  Lost in everything is that our 4x4 team won its 4th consecutive title.  I'll have to check the record book, but I don't believe that's ever been done before!  This was a great season with a group of girls who bought into the Gahanna Lincoln philosophy of 'big team / little me'.