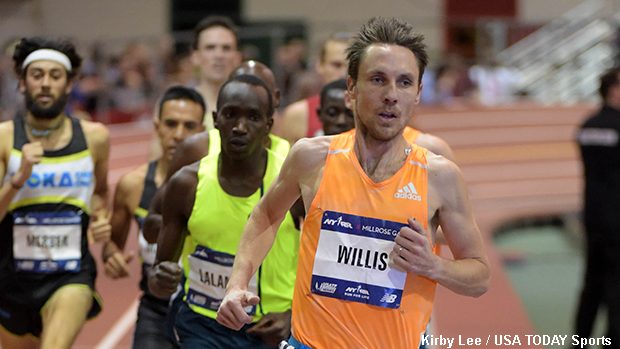 Nick Willis is one of the favorites to claim first place at the Guardian Mile.

Racing fans in Northeast Ohio are in for a treat on August 11th, as the inaugural Guardian Mile featuring a host of international elites and top local high school runners will take place in downtown Cleveland and cross the Hope Memorial Bridge.

Among the notables in the pro field is New Zealand's Nick Willis.  Willis is a two-time Olympic medalist who owns an incredible 1 Mile pr of 3:49.83.  The University of Michigan alum will have no shortage of competition to test himself against on race day, as elite athlete coordinator Nate Brannen has put together an outstanding field which includes Colby Alexander and Sam Prakel.  Alexander is a former distance stand-out at Strongsville and Prakel represented Versailles during his high school career.  Both athletes will bring big-time credentials with them to the Guardian Mile; Alexander's pr's include 3:54.94 (1 Mile) and 3:34.88 (1500m) while Prakel's personal bests are 3:55.89 (1 Mile) and 3:36.84 (1500m).

Sam McEntee will add further international flavor to the race, as the former Villanova Wildcat has confirmed that he'll be on hand to compete.  McEntee raced in the 5000m event for Australia at the 2016 Olympics in Rio and he has a sub 4 minute mile time (3:57.05) on his impressive resume.

Nate Brannen indicated that "this is a must watch race for those who haven't seen a sub 4 minute mile in person."  Brannen, who represented Canada at the Olympics on three occasions, has assembled a men's field that boasts 12 sub 4 minute milers and a group of elite women who he feels has just as much depth and star power.

The elite races will act as the event finales and will offer a total prize purse of $14,000, including $3,000 pay-outs for the men's and women's winners and a $500 bonus for the athletes who are leading at the halfway point of each contest.

Additionally, the event will stage community 1 Mile races for athletes of all ages and abilities.  Runners can expect to enjoy a spectacular view of the downtown skyline and cruise on a course that offers a net downhill of over 100 feet. 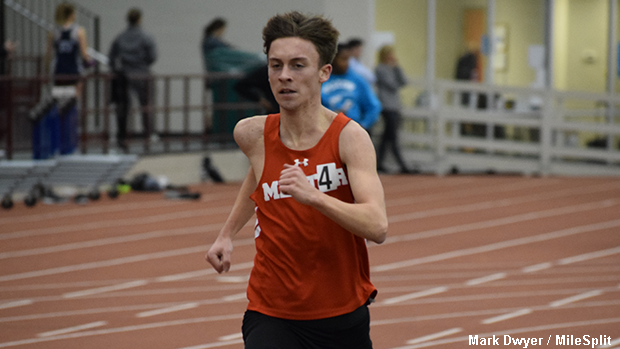 Nick Kozlowski should be one of Northeast Ohio's top cross country runners this season.

The Guardian Mile is a great opportunity for local high school athletes preparing for the upcoming cross country season to gauge where their current level of fitness resides.  Early entries from Northeast Ohio include rising junior Nick Kozlowski of Mentor and St. Edward's Alex Hauptman and Dan Conway.

MileSplit reached out to Mentor coach, Bill Dennison regarding Kozlowski:

Nick has had a great summer and has put in some good mileage.  I'm interested to see how he looks racing on mileage alone.  The Guardian Mile will give me an opportunity to see how much he's improved over the past year and where he's headed as a junior.

Nate Brannen, who is the coach at St. Edward, informed MileSplit that his athletes are ready: