The inaugural Guardian Mile, which took place this past Saturday evening in downtown Cleveland, turned out to be an incredible success.  The event offered something for everyone, as organizers staged community, masters, high school / youth and elite races with the majority of the route crossing the Hope Memorial Bridge which allowed runners to enjoy a spectacular view of the city skyline.

In the high school division, it was Dan Conway and Savannah Dennison who took home first place honors.  Conway, a St. Edward rising senior, posted a time of 4:30.99 to break the tape.  He was followed by Solon's Logan Esper and Mentor's Nick Kozlowski.  Esper was the runner-up in 4:35.77 and Kozlowski placed third due to his 4:38.26 clocking.

Dennison secured the victory on account of her impressive 5:13.64 showing.  The eighth grader from Mentor appears poised to be a force on the Northeast Ohio cross country and track scene for years to come. 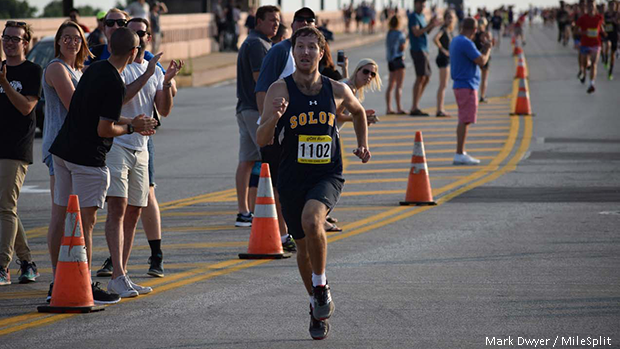 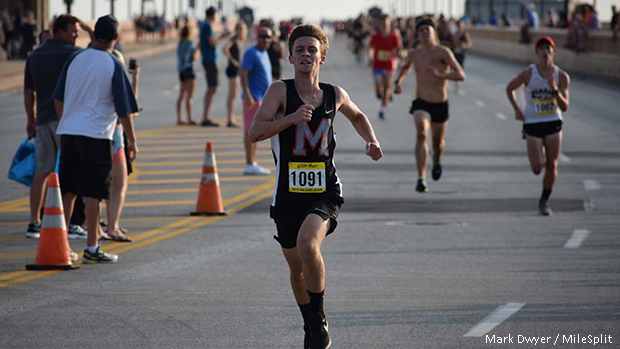 Nick Kozlowski could threaten the Mentor school record for 5K XC this season. 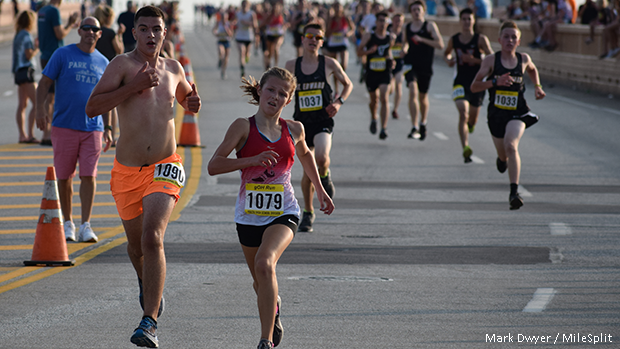 Savannah Dennison separated from the girls pack approximately 400m into the race.

The event's elite athlete coordinator, Nate Brannen jumped into the community race field at the last minute and produced a time of 4:12.92 to easily take the win.  Brannen, a three-time Canadian Olympian, would have been in the mix had he decided to compete in the elite contest.

The St. Edward coach was greeting the fans on the sidelines with high-fives as he glided through the last 200m stretch.  His outstanding collection of pr's is anchored by a 3:52.63 1 Mile from back when he was representing Team Canada. 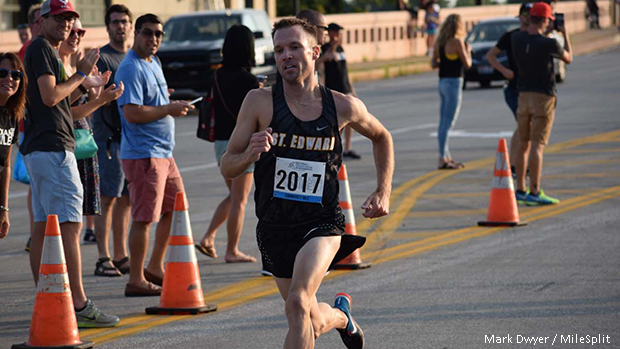 Nate Brannen mingled with the crowd as he jogged in to close his community mile win.

The evening concluded with the elite races which featured an impressive array of pros from all over the globe.  In men's action, New Zealand's Nick Willis held off Ohio native Sam Prakel to take the win.  Willis, a two-time Olympic medalist, went 3:59.31 while Prakel clocked a 3:59.72 finish.  Sam McEntee and Colby Alexander just missed sub 4 minute results, as they placed third and fourth due to their 4:00.82 and 4:00.87 efforts.

On the women's side, Emily Lipari claimed the win due to her time of 4:33.35.  She indicated post-race that the boisterous crowd and a star-studded group to run with motivated her to get out fast and close strong.  Sara Vaughn followed Lipari in the standings with her 4:36.71 performance. 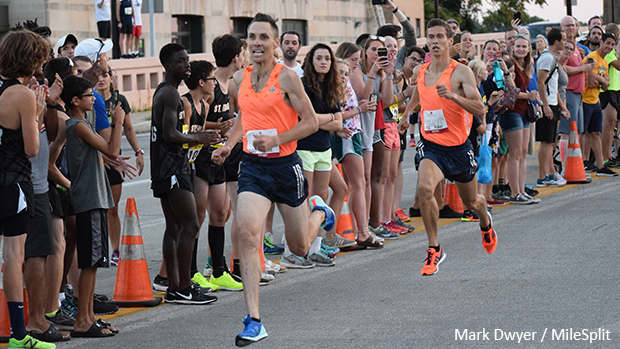 Nick Willis used the Guardian Mile as a tune-up for his upcoming race in Birmingham. 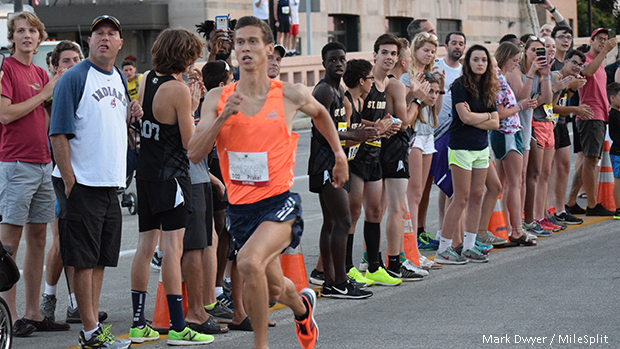 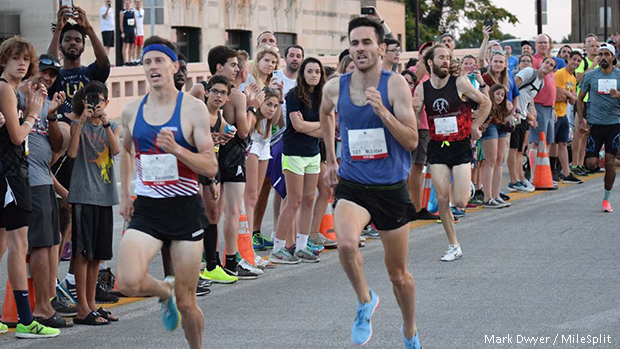 Colby Alexander (left) and Sam McEntee had a spirited battle to the finish. 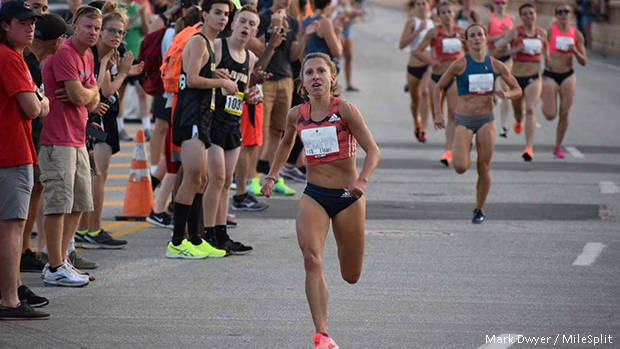 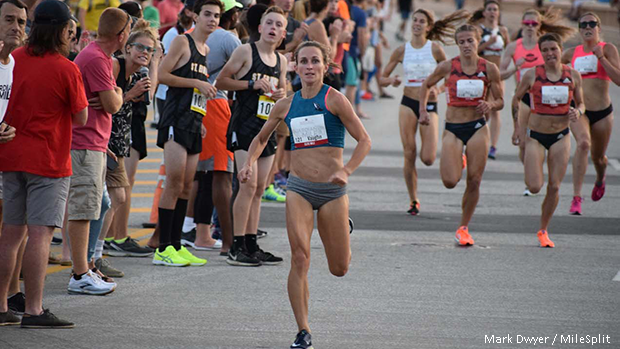 Sara Vaughn broke away late to secure a runner-up placement in 4:36.71.