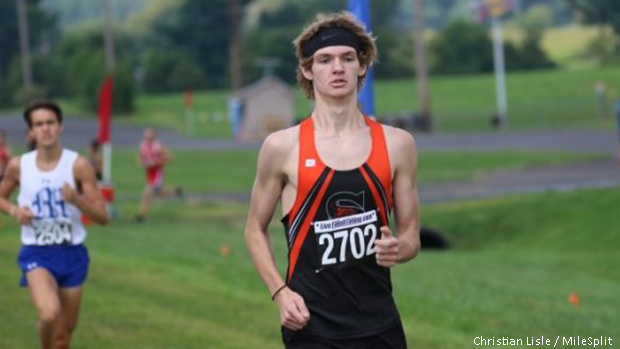 Chase Stewart shown competing at the OHSAA Early Season Invitational back in August.

Chase Stewart secured a berth to next week's regional competition in Pickerington by winning yesterday's Division III race at the OHSAA District - Cambridge meet.  The Shadyside senior went 16:11.10 to put an eight second gap on runner-up, Julian Shrock of Garaway.

Stewart has collected five victories and a pair of top 3 finishes in his seven starts this season.  He established his pr of 16:02.60 during a first place showing at the Newcomerstown Invitational on September 1st.