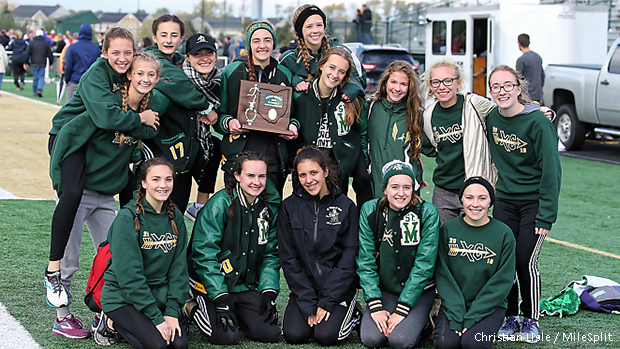 All five of St. Vincent-St. Mary's scorers placed in the overall top ten, as the Fighting Irish cruised to the Division II team title at Saturday's District - Malone University meet in Canton.

Led by sophomore Theresa Hagey, who was the runner-up in 18:57.70, the state's number two ranked team posted 29 points in the first step of their postseason journey.  Nina Zraik and Amelia Moll pitched in with strong sub 19:30 efforts; Zraik, a senior, came in fourth in 19:17.10 and Moll followed her in the standings in fifth due to her 19:25.90 clocking.  Moll's result represents an Ohio No. 19 for freshmen this season.  STVM's top five averaged a 19:38 finishing time and their split was 1:29.