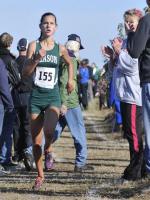 Tudor, Mason girls among winners at district championsh...
Mack Tudor added the city shot put record to his growing resume when his third attempt of the Division I Mason district championship landed 62 feet, 6 inches away from the ring. (via http://news.cinci...
Tudor, Gardner go the distance...
Mason High School&#39;s Atrium Stadium is one of the best track and field facilities in the area, but it isn&#39;t big enough for Western Brown&#39;s Mack Tudor.   Wednesday’s Division I di...
2012 Rod Russel Mason Invitational Preveiw...
Much of this meet obviously depends on who runs what.... but regardless, this meet will be loaded, and some great battles will no doubt occur. In the 110 Hurdles, the matchup between Asad Maiden of Ma...
2012 Wayne Invitational Preview - Girls...
2012 Wayne Invitational Preview - Girls The Mason Girls DOMINATED the field last year and that doesn&#39;t seem to change this year.  A big challenge will come from Lebanon and host Wayne, as the...
Brock Baker has winning recipe; 100, prom for Emily Yar...
Nobody could keep up with Murfreesboro Oakland High School junior Brock Baker in Saturday&#39;s mile run of the 49th annual Volunteer Track Classic at Tom Black Track. (via Knoxville News Sentinel)...
2012 College Signings: Why They Chose Their Schools...
College signings are always interesting to see, but everybody wonders why one athlete chose one schol and why another athlete chose a different school.  Inside you will find out why certain athletes ...
Cincinnati Area Cross Country All-Stars...
...