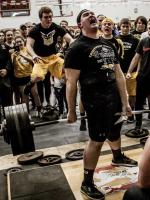 OHSAA State Meet Highlights and Champions...
An electric two days of track and field action went down at the Ohio State Championships - read all about it here! ...

Ohio's Combined Throwers: Browder And Landis Lead The W...
Check out a breakdown of this season's individual throwing leaders, as well as those who are leading the way for combined distances. ...