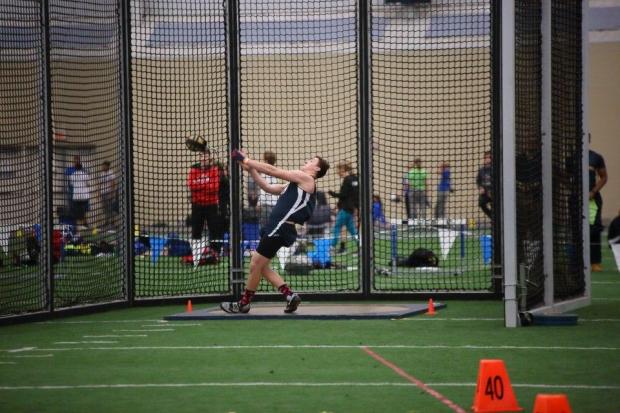 The 2017 Ohio Indoor season is underway.  Tiffin held the first compeition of the year and some of the  times and marks by Ohio athletes were impressive and Nationally ranked, although it is very early in the season. (The results will not immediately appear in the rankings because of the format they were posted in.)

Jr. Mackenzie Long of Pickerington Central ran an early season US #1 60m in a time of 7.58.  Right behind her were Granville Sr. Natalie Price with a US #2 tie 7.73 and Jr. Suerethia Henderson of Lima Senior with  a US #3, 7.78.  These girls would go at it again in the 200m, running US #2-5, Long 25.56, Price 25.66, Hnederson 26.09 and throw in So. Jaydan Wood of Pickerington Central with a 26.40.  Expect these girls to push each other all season and to improve with the absence of Dublin Coffman's Abby Steiner who we will probably not see as she is recovering from an injury.

Two Hillsboro athletes had US ranked performances.  In the boy's High Jump, Hillsboro Sr. Jeremy Hayton tied for US #1 with an early mark of 6'6" and Jr. Austin Goolsby tied for US #1 in the Pole Vault with a vault of 15'0.

Expect Olentangy Orange Sr. Anna Watson and Margaretta Jr. Kassidie Stimmel to go at it all year in the Pole Vault.  Both went 12'0 yesterday with US tie #1 vaults.