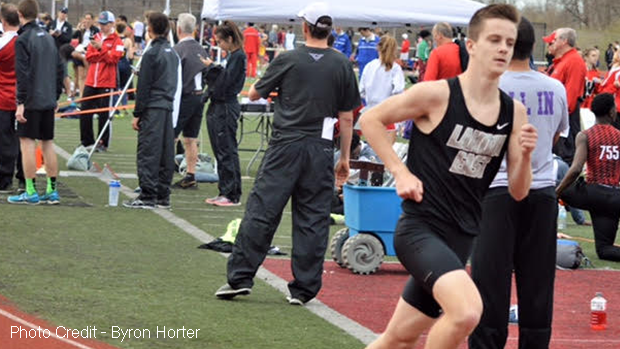 Dustin Horter won the 800m and 1600m races during his first meet of the outdoor season.

It was a very nice day at the LaSalle Legends Track & Field Classic, as it was about 65 degrees or so with around 10 mph winds, but nothing we couldn't manage. My first race of the day was the 4 x 800m, which was a test for our team and myself to see how fast we could go in the first race of the season.  Although it was kind of a tryout for the team, I was looking to go around 1:55 for my leg. The team warmed up 1.5 miles and came back for drills and strides.  As the gun sounded, our first leg and first time 800m runner Bryan Moriarty started us off with a 2:05 effort.  It was awesome to see him succeed his first time out and set the bar high for himself this season.  As the baton came to me, we were in about sixth place.  I received the baton as the third leg and started off with a 27 second 200m.  I came through the line in 56 seconds at the 400m mark, right where we wanted to be. I managed to pass many of the teams that we were behind and gave the fourth leg of our relay second place to manage.  I came through the finish in 1:56 or so, which was around where we expected and wanted.  In the end, we came in fourth, but we all came out with ideas on where we can improve and grow.  It's going to be exciting to see our relay team flourish this year. 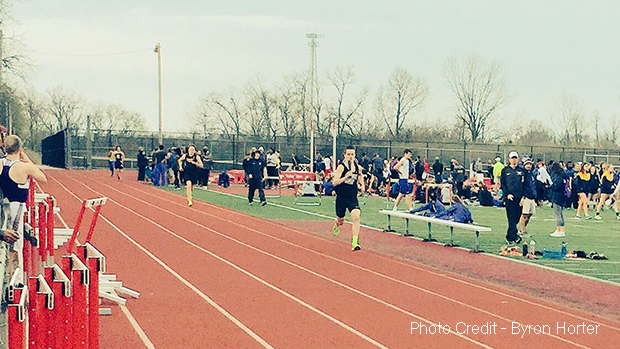 Dustin Horter has high hopes for his 4 x 800m relay team this season.

My second race of the day was the open 1600m run. I was shooting for a 4:20 or faster in this race. After a 60-mile week and the 4 x 800m, my coach and I thought for workout purposes that a 4:20 would be good.  I did another full warm up, a 1.5 mile run, drills and strides.  I was feeling great leading up to the race.  As the gun sounded, I immediately darted to the front and I didn't look back.  I ended up running my first 400m in 1:03, which was solid because I wanted to attempt to run consistent 1:04 - 1:05 laps.  It was a good thing that split put me ahead of the game because during my second and third laps, I became too relaxed and ended up running two consecutive 1:07's.  I wanted to get back on track, so I hit the gas with 400m to go and I ended up splitting a 1:03 for the last lap. After the race, I didn't feel very tired but I did wish that I could've gone harder on the middle laps of the race.  This is something that I will look forward to working on in the coming weeks. 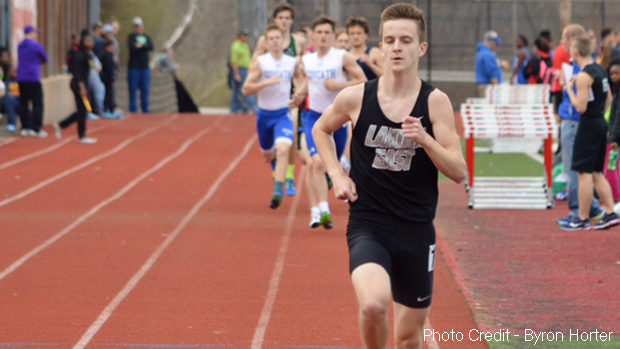 Dustin Horter is ranked #1 in Ohio in the 1600m event after his opening season win.

My last race of the day was the 800m run. This was a race with some good competition with a few guys who had gone 1:58 or so multiple times.  I began another full warm up with a 1.5 mile run, drills and strides.  I was hoping to go around at least 1:58 for this race and I was also hoping that the competition would boost me.  The gun sounded and I positioned myself in the front of the pack immediately.  At the cut in line, I was in the lead with a few runners close behind.  The first lap was around a 57 and I could hear the guys slowly gaining on me.  Getting prepared for a kick with 250m to go, I made sure to keep the distance the same or open it up just a little bit more.  With 200m to go, I was feeling good and I actually brought out the form the sprinting coaches love, but that my distance coach still laughs at. Anyway, I was able to hold off my competitor from LaSalle High School and I came through the line in 1:58. I felt pretty good about this time especially after a week of hard work and a triple race effort. 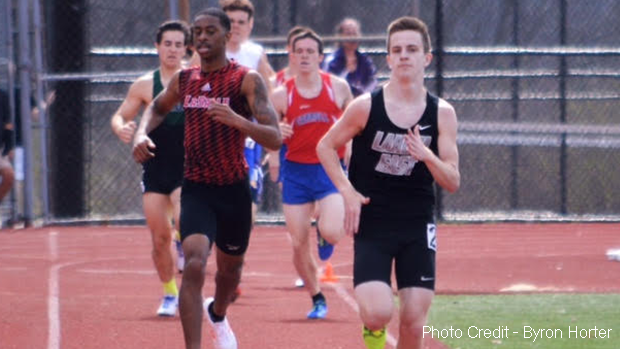 Overall, this weekend's meet was fun and one that I was able to enjoy. I got to see my sister (Danielle Horter) run her first ever high school outdoor 3200m race and finish first with a stellar kick.  I was also able to watch our girls team take first place in the meet overall.  I personally had a triple to be proud of and after that, some social time with my teammates.  These are the types of meets that enhance a runner's confidence while also providing for good competition.  I had a lot of fun this weekend and I am hoping to have just as much fun next week at Northmont.  Glory be to God! 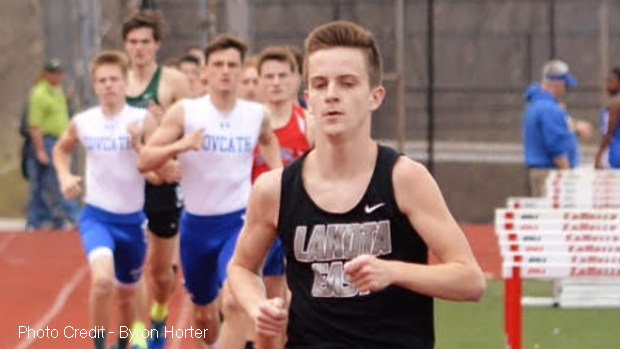 Dustin Horter will now look to build on his successful opening meet of the outdoor season.