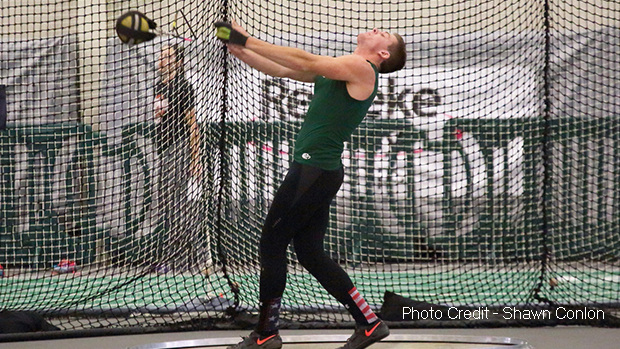 Jacob Wickey is the reigning indoor state and national champion in the Weight Throw event.

Jacob Wickey of Medina High School is the current Weight Throw champion at the D1 OATCCC Indoor State Championship and he also won this event at the New Balance Nationals Indoor meet, which brings together the best track and field athletes from throughout the country.  Wickey finished the indoor season as the #1 ranked Weight Throw athlete in the U.S. due to his massive throw of 79-6.75.  MileSplit Ohio had the opportunity to speak with Jacob Wickey about his thoughts on how his indoor season went, about his goals for the outdoor season and what he's looking forward to when he begins competing for Kent State University next year.

MileSplit Ohio: Describe your indoor season. Did your results live up to your expectations going in? What are you most proud of from what you accomplished and was there anything that you felt could have gone better?

Jacob: Prior to the start of the indoor season, I became hooked on a famous WWE Superstar, 'The Rock' also known as 'The People's Champ' and 'The Great One'.  He was known for not being the biggest, but he was the baddest.  Little did I know that watching him perform and listening to his speeches would provide me with a huge amount of motivation.  You could find me at just about all of my meets wearing my 'JUST BRING IT' shirt, which is one of 'The Rock's' catchphrases. With my confidence high, I set a goal to go undefeated all the way through the national meet.  I achieved my goal of going undefeated throughout the whole season and I ended up winning the national meet. However, I fell 5 ¼ inches short of my goal to throw 80 feet as my season's best was a 79' 6 3/4 throw.  It was important to me to have consistent throws throughout the year and to peak at just the right time.  With this in mind, I ended up throwing P.R.'s in my last three meets. I signed up for meets in which Brent Fairbanks, Jordan Geist, Sam Meece and Nick Lane were competing at because we always push one another.  During competition, there were a few times where I was behind going into the finals and I knew I had to step up and perform.  Other than falling short of my goal of throwing 80 feet, I am very pleased with my indoor season and I'm thankful for the great competition in Ohio and for the push that Jordan Geist provided to me throughout the season. 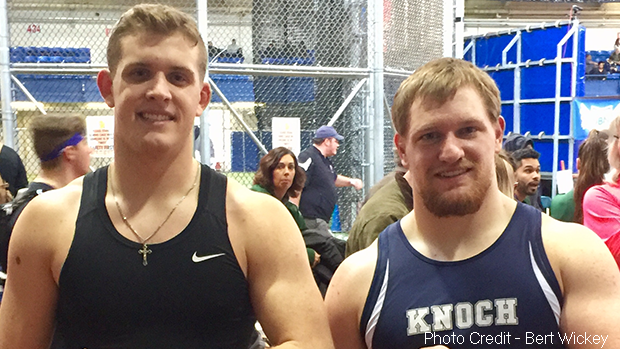 Jacob Wickey credits his friendly rivalry with Jordan Geist for pushing him to succeed.

MileSplit Ohio: What events will you be focusing on during the outdoor season?  What goals do you hope to accomplish over the next few months?

Jacob: For the outdoor season, I hope to break the Medina High School record in both the Shot Put and the Discus events.  My main goals this year are to win a third national championship and to make the Junior Pan American team. 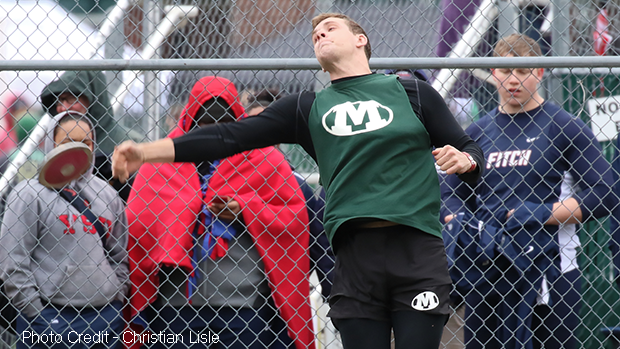 Jacob Wickey has record breaking aspirations for the outdoor season.

MileSplit Ohio: Describe what your typical week of training resembles.

Jacob: I practice with Medina High School five days a week for Shot Put and Discus.  On the other two days, you can typically find me practicing the Hammer Throw alone or with my good friend, Brent Fairbanks of Austintown Fitch High School.  I just started a new workout regimen designed by Tom Krueger and I am very excited to see my results from this program. 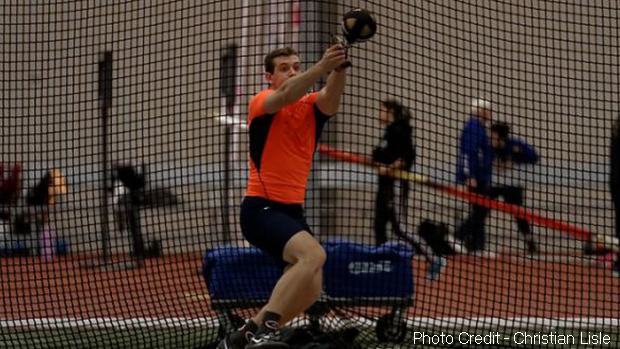 Jacob Wickey is prepared to put the work in that's necessary to reach the next level.

MileSplit Ohio: Who has helped you to reach the level that you've attained to this point in your track and field career?

Jacob: There are many people I am thankful for who have helped me get to where I am at today in my track and field career.  I learned how to throw for the Shot Put and Discus at the University of Akron's open field house track camps through the guidance of Brian Forrester.  My current coach at Medina High School, Paul Pallini, has helped me with the Shot Put and Discus since I was in middle school. My former coach, Tom Krueger, helped influence my passion for the sport and for God in 8th and 9th grade.  I learned the Weight Throw at a track and field camp at Ashland University with the help of Zac Ball and Jud Logan and I also attended many throwing camps at Kent State University where Nathan Fanger has helped me continue to improve and grow as a thrower.  I am really looking forward to working with Coach Fanger during my collegiate career. 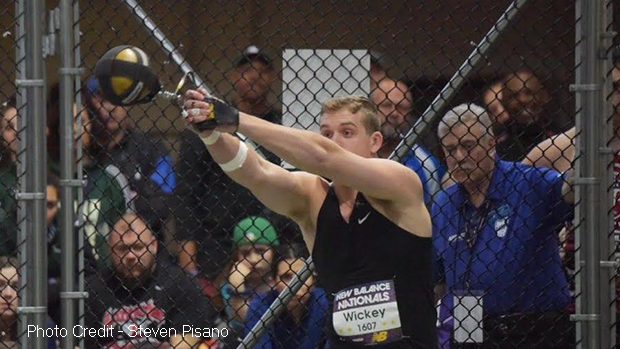 MileSplit Ohio: What are your long-term goals related to track and field? 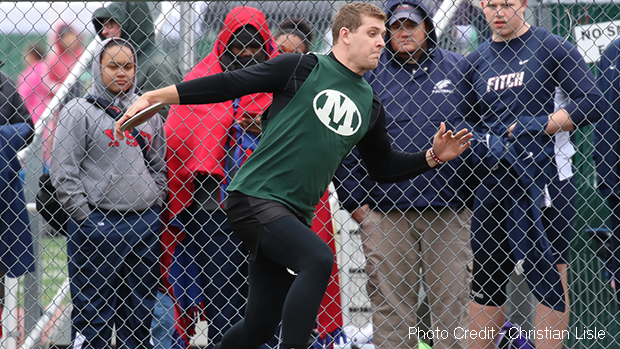 Jacob Wickey wants to pass along the insight that he's gained to younger throwers.

MileSplit Ohio: Describe your experience of competing at the prestigious New Balance Nationals Indoor meet at the Armory Track and Field Center in New York City.

Jacob: During New Balance Nationals Indoor, I knew I was going to have to compete better than I ever have before.  I knew that everyone was out to beat me, including Jordan Geist and the rest of the Ohio athletes.  With the competition underway, I had two subpar throws in a row which put me in 9th place and they only take the top 8 to the finals.  Jordan Geist came out very powerful and he was in the lead after two rounds.  I only had one more throw to get into the finals and fortunately I tend to perform well in high pressure situations.  Instead of going easy on my third throw to secure a spot in finals, I decided that I had to 'go big or go home.'   My third throw put me in the lead by over a foot and I ended up winning the meet with that throw of 79' 6¾.  Even though the pressure of winning was off of my shoulders, I still wanted to throw over 80 feet.  Unfortunately, I was unable to have a clean throw and my last throw fell short of that mark. 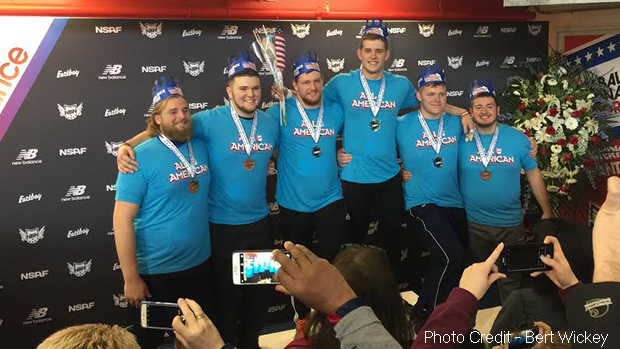 Jacob Wickey says that competing against top Weight Throwers brings out the best in him.