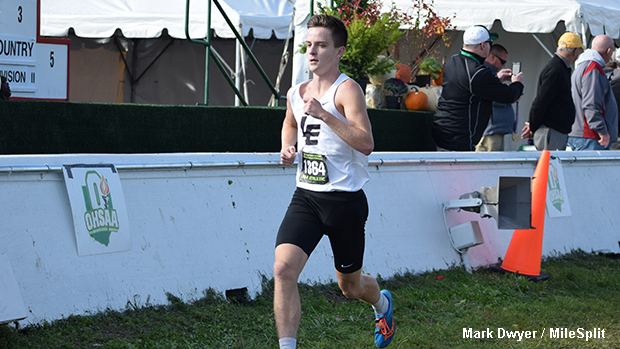 Dustin Horter won his second straight OHSAA DI Ohio State Cross Country Championship today at the National Trail Raceway in Hebron!  Horter held off a spirited challenge from Middletown's Conant Smith to claim 1st place in a time of 15:03.50.  Smith secured a hard-earned runner-up result with his 15:03.90 effort.  These athletes ran the majority of the race together and they traded the lead multiple times over the last 200m in what was one of the most exciting finishes of the day!