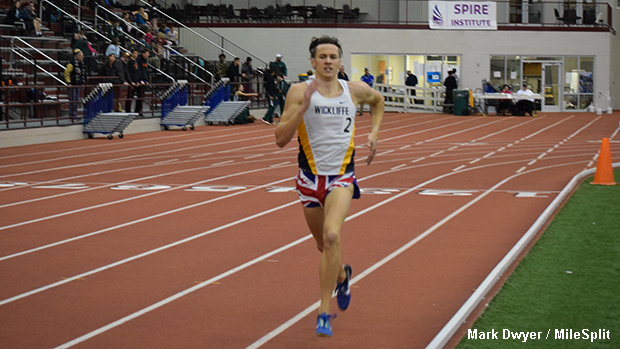 Wickliffe's Dylan Barnes picked up a 1st and 2nd place finish at the Erie Division #1 meet.

The NEOITC series kicked off its 2018 campaign on Thursday evening at the SPIRE Institute and the athletes from the Erie Division looked to be in mid-season form, as outstanding performances were demonstrated on the track and in the field events.

There's a new force on the Ohio throwing scene; Madison's Nolan Landis made his presence known at the SPIRE Institute with his huge 56-04.50 winning throw in the shot put event.  Landis, who recently transferred to Madison from Cathedral Prep in Erie, Pennsylvania, currently resides at U.S. #10 due to his impressive season opening result. 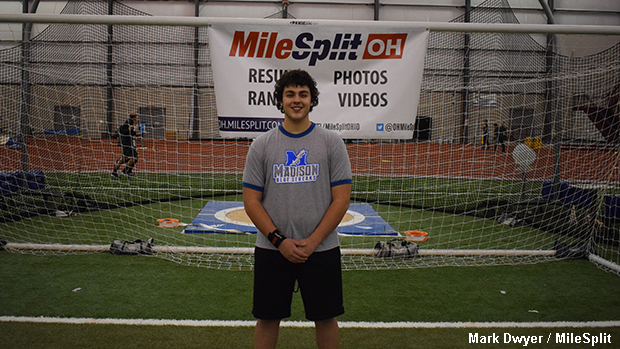 Nolan Landis is the top ranked shot put athlete in Ohio due to his 56-04.50 result at SPIRE.

Dylan Barnes dipped under the 2 minute standard in the 800m race with his 1:59.83 clocking.  During his post-race interview, the Wickliffe senior indicated that it has been a goal of his since he was a freshman to break 2:00. 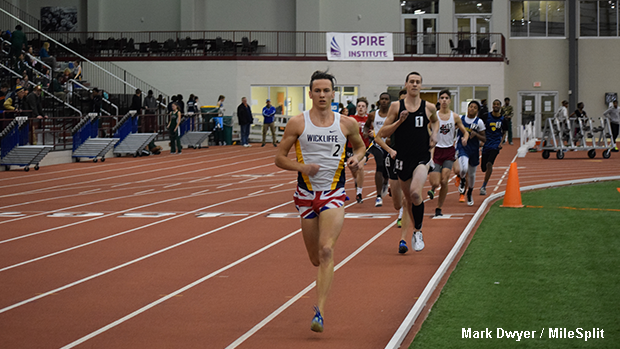 Ben Chao of the Eastside Track Club held off Dylan Barnes and Matt Kirchner to win the 3200m race with his time of 10:15.45.  Barnes secured 2nd place with his 10:20.13 effort and Kirchner claimed 3rd position with his 10:24.16 result.  Earlier in the evening, Kirchner won the 1600m race with a strong 4:38.33 showing.  Kirchner indicated afterward that his 1600m time far exceeded his expectations for this early stage of the season.  The Lake Catholic senior is hoping to qualify for the 2018 Indoor State Championship which will take place on March 3rd at the SPIRE Institute. 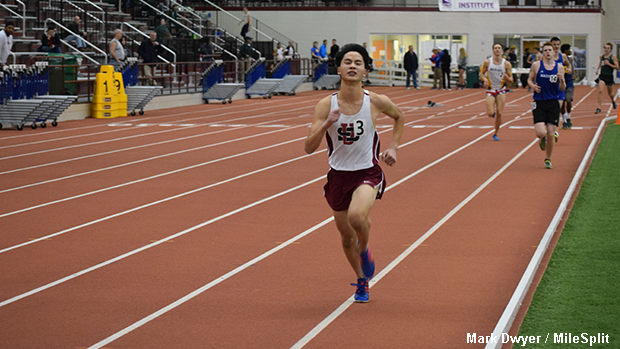 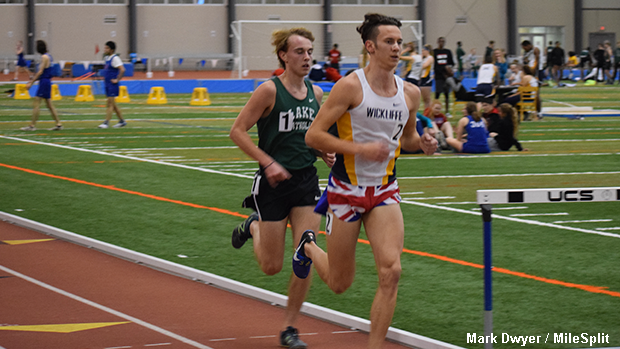 Barnes (leading) and Kirchner finished 2nd and 3rd in the 3200m event. 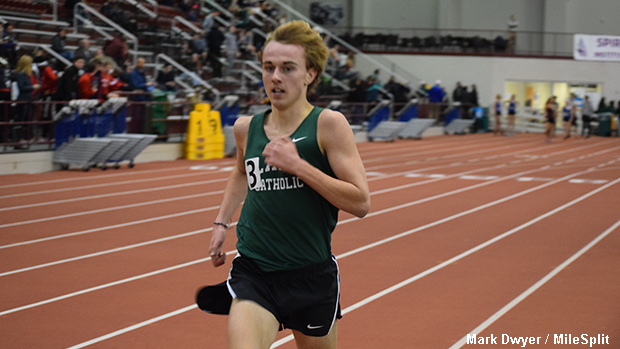 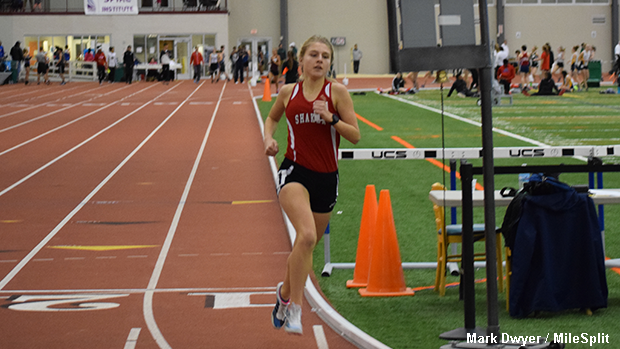 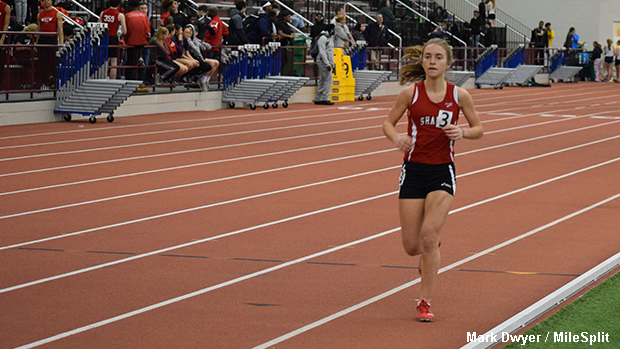 Euclid's Kristan Ross got her 2018 indoor season off to a winning start with her 1st place time of 59.34 in the 400m event.  This result represents a new pr (indoor) for Ross. 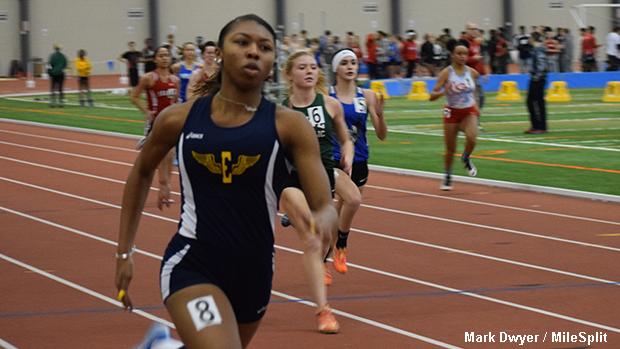