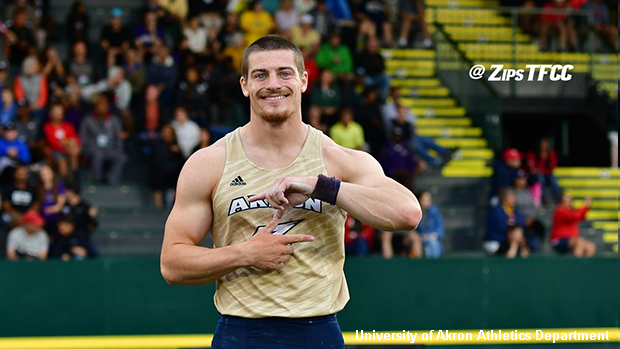 Matt Ludwig, who represents the University of Akron, claimed fourth place in the pole vault event at the NCAA DI Track and Field Championship this past weekend in College Station, Texas.  Ludwig vaulted 18-2.5 to earn first-team All-American status for the second consecutive year.  The former Lake Catholic athlete finished third at last year's DI Championship due to his 18-0.5 vault.

MileSplit Ohio tracked down the 2017 NCAA DI Outdoor Champion to gain some insight on his fourth place showing in College Station:

NCAA's was another exciting experience. The more I go back, the calmer and more poised I feel each competition. I stuck to my fundamentals very well, but there were small cues that I missed at 5.60m / 18'4.5"
I took two attempts at the height, coming up short each time. I passed my final attempt up to 5.65m / 18'6.5" and ended up blowing through my pole as I brought the most power and explosiveness that I had all competition. So unfortunately, the pole became too small and I knocked the bar off on the way up.
Overall, it's an interesting problem when 4th in the NCAA is disappointing to me, but I'm still proud of the performance that I put together. These are some of the most competitive years that pole vault has ever seen collegiately. Between this year and next, pole vault will see even more growth and records will be in jeopardy. 9 vaulters jumped 5.50m / 18'0.5" or higher. Meaning that somebody jumped 18' and did NOT earn 1st team All-American status. Last year I jumped 5.50 to take 3rd at this same meet.

If I had to summarize the entire competition in a quote I'd probably put it this way:

"NCAA pole vault is seeing an exceptional increase in competitiveness and I'm proud to be one of the top athletes leading this growth." 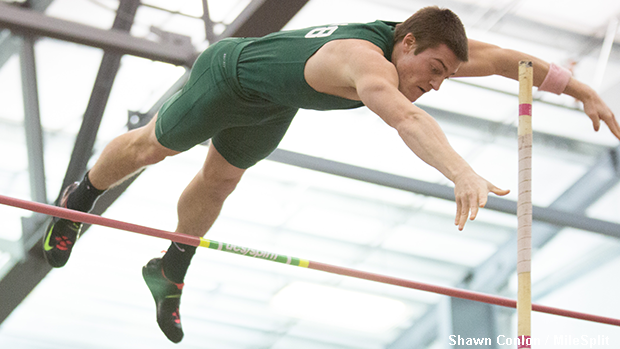 Matt Ludwig had a decorated high school career at Lake Catholic in Mentor.