East Canton's Demetrius Snellenberger led his team to a Division III state title as a sophomore in 2017, finishing fourth behind three seniors.

Now the junior will have the chance to take his first individual title as his team vies for their second straight championship.

Snellenberger has won the IVC Championships, the Northeast District - Glen Oak Championships followed by the Region 9 Championships and will be looking to make it four victories in a row come Saturday, despite being dealt the week-long delay for the state meet.

"I feel great as far as my fitness is and mentally I am determined to make some positive things happen at State's," Snellenberger said.  "The delay has affected me a little, but it is what it is and there's nothing we can do about it except train even more and prepare." 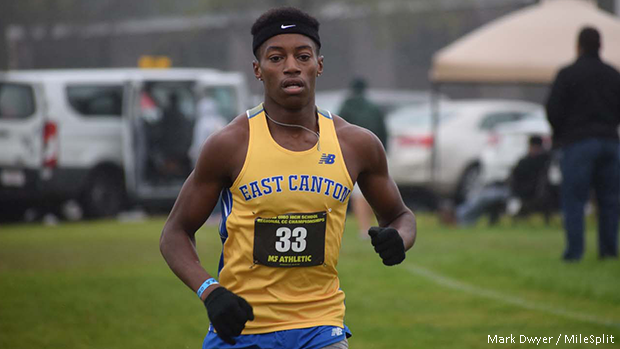 Demetrius Snellenberger will look to improve upon his 4th place finish at the 2017 state meet.

Look out for Fort Loramie seniors Jake Rethman and Joe Ballas as they will also challenge for individual gold.  The duo finished third and fourth, respectively, behind Drew Roberts and Snellenberger at the Tiffin Cross Country Carnival and Ballas has a fifth place finish at Centerville's Saturday Night Lights and a win at the Troy Regional Championships to his name.

Minster junior Emma Watcke will return to the OHSAA Cross Country Championship as the only defending state champion.

But her holding onto her title will be one of the least certain results of all the races heading into Saturday due to Division III's depth.

Watcke has been stellar in 2018, winning the Columbus Grove Invitational and her district and regional meets and taking home top 10 finishes at the Centerville Saturday Night Lights meet, the Tiffin Cross Country Carnival and the Bob Schul Invitational. 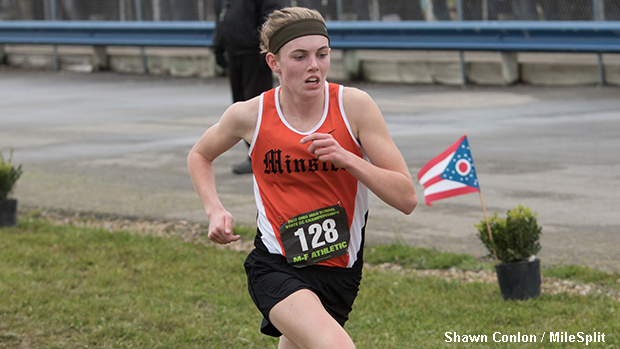 Minster's Emma Watcke will be seeking the repeat on Saturday.

But there are an array of capable competitors she'll have to go through.  The junior will likely see her biggest challenge from Allison Johnson, a Mount Gilead sophomore.  Johnson has won at Tiffin - where she bested Watcke - her district meet and the Region 11 Championships.

Badger junior Miranda Stanhope is also coming off wins at her district and regional meets, as well as a gold at the Boardman Spartan Invitational and she finished ahead of Watcke at Tiffin too.

Johnson's Mount Gilead teammate junior Baylee Hack will make a run for the title as well, consistently finishing just seconds behind Johnson and taking narrow second place finishes at districts and regionals.  If Hack has a good day, watch for her to make her move.