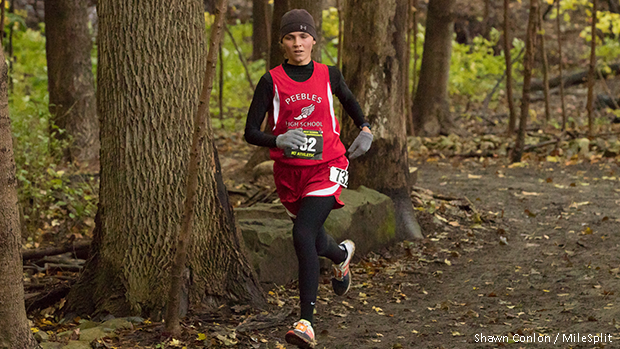 Jenny Seas of Peebles will try to build off of her solid third place showing at DIII State's.

Teams from Michigan, Indiana and Illinois will make their way to the Buckeye State for the Mid-East Championship, which is set for Saturday at Indian Riffle Park in Kettering.  The annual meet, featuring top senior class athletes from throughout the region, will contest 5K races for both men and women.  The ladies kick things off at 11:00 am with the men scheduled to line-up for an 11:30 am start.

The squad from Ohio claimed the majority of the hardware at last year's gathering with Dustin Horter and Sophie Carrier taking the individual victories due to their times of 15:51.00 and 18:25.00, respectively and the state's women earning the team title with 38 points.  On the men's side, Michigan captured first place honors as they were led by former Coldwater stand-out (and current Wisconsin Badger), Shuaib Aljabaly.  Team Ohio managed to hold off Indiana and secure a runner-up finish.

This year's entry is made up of a collection of DI, DII and DIII runners who bring big-time credentials with them to Kettering.  The team's representatives have taken major invitational wins, signed with top college programs and earned all-state recognition at the recent OHSAA Cross Country Championships, among many other accolades.

Ohioans to look out for include Jacob Harris, Jay Lutton, Gracie Sprankle and Kaylie Kenne.  Whitmer's Harris, who finished fifth at the DI State Championship, should be riding high after recently breaking the news that he'll be joining his hometown University of Toledo next year.  Lutton came into his own late in the season - the Hoover athlete finished sixth at the stacked DI state meet and established his pr of 15:55.00 at the Federal League Championship last month.  Sprankle and Kenne both put up competitive results in the Division I State Championship race.  The Indiana University bound Sprankle finished sixth due to her 18:17.80 clocking and Kentucky Wildcat commit, Kenne went 18:47.50 for twelfth place. 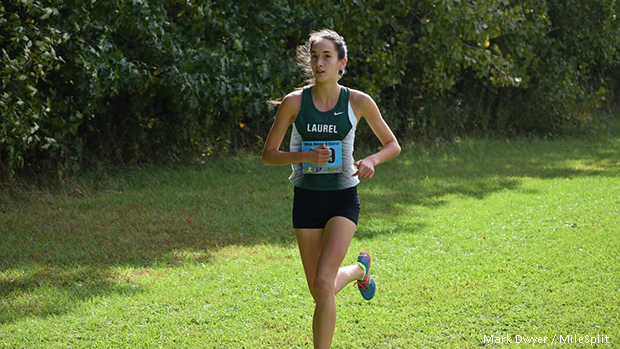 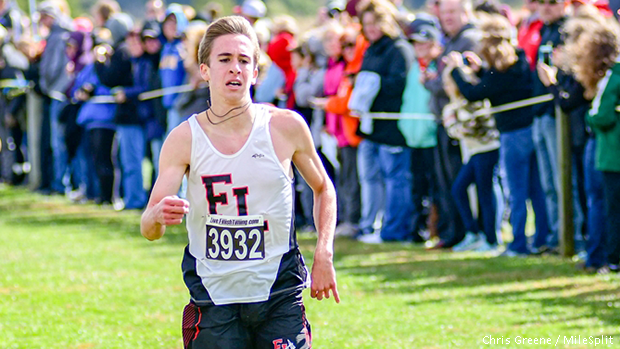 Joe Ballas placed third at the DIII State Championship meet with his time of 16:42.80.