The Salem Early Bird Invitational was a little different this year. Fans were masked. Spectators were limited to two per runner. But none of the restrictions limited the celebration of high school competitive running, which returned after almost a year-long hiatus. The runners' anxiousness was on display as each race took off with a blazing start.

The boys varsity race featured a showdown between Marlington's Noah Graham and Louisville's Bobby Ganser. The two were neck-and-neck two miles in, but then Graham dropped the hammer and exploded to a 11-second win over Ganser with a time of 16:43.54. Ganser's runner-up performance was followed by Colby Adams, who took third overall. Louisville pocketed the team win with 43 points and Marlington was next in the standings with 78 points. 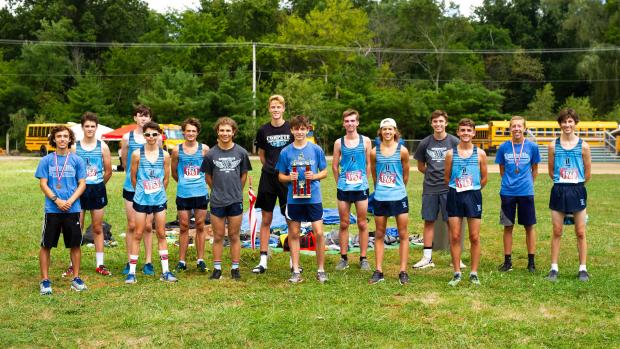 In the girls varsity race, we saw Marlington sophomore Bella Graham, Noah's sister, pull away with the individual title with a time of 19:08.16. In similar fashion as her brother, Bella stuck with the pack through the first mile and a half, waiting to make her move. Over the next mile and a half she made a huge gap that runner-up Caleigh Richards could not make up.

The Boardman girls put three runners in the top 10 to secure the team title in the girls varsity race. Boardman scored 55, narrowly beating Maplewood, who were second with 60 points.