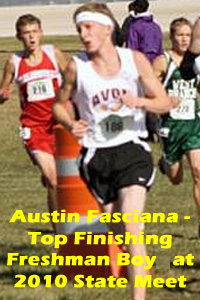 How do Freshman runners fare at the varsity level?  How do they transition from the 2-mile, Middle School distance, to the 3.1 mile varsity distance?  Obviously, there are some very talented Middle School runners, but statistics indicate that very few step up as Freshman into the varsity spotlight.  At last year’s OHSAA Cross Country Championships, in all six boys and girls divisions, a total of 883 runners competed.  Of the 883, 98, just 11% of the runners were Freshman.  A closer look at the Freshman statistics for each of the divisions is interesting, but what are the reasons that we don’t see more Freshman faring well at the varsity level?  There may not be a simple answer, but the statistics do indicate that there is a definite maturation that takes place; physically, mentally and in experience, and that there is even a more distinct difference between the boys and the girls as they transition from the Middle School to the High School level.

Here are a few statistics in regards to the Freshman in last year’s OHSAA State Championships and a look back to the 2008 Championships and the highest place freshman finishers in each division and how they fared in 2009 and 2010. 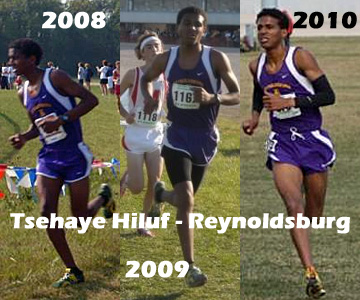 The following individuals were the highest Freshman finishers in the boys and girls divisions in 2008. I’ve also shown  how they did in their Sophomore and Junior years: