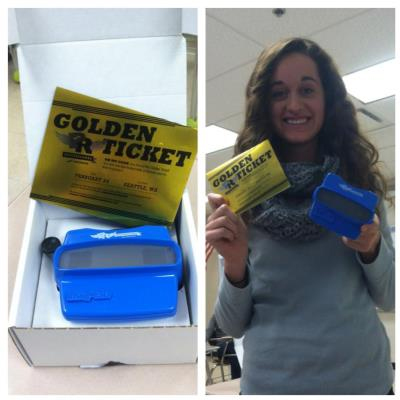 The Buckeye State will be represented in Seattle at the end of the month when Sydney Leiher of Beavercreek heads out to the prestigious Brooks PR Invitational.   Select elite athletes were sent a golden ticket and invited to the event to compete against the nations top performers. Sydney will compete in the One Mile Run along with twelve of the nations top milers.

Sydney is the 2012 Ohio Division 1 Champion in the 1600m run, where she set a personal best time of 4:49.61.  Sydney's time was the fastest time in the state last year, and is the 9th best returning time in the nation in the 1600m run.  Sydney also placed 4th at the 2012 New Balance Outdoor Nationals in the 2000m Steeplechase with a time of 7:06.32, which was the fastest time in Ohio last year and ranks her as the 5th best returner in that even in the nation.