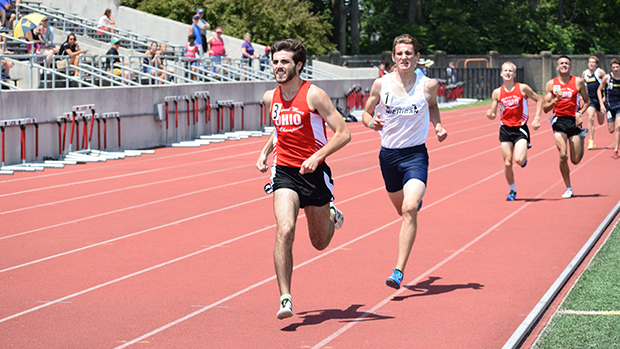 Ohio Wesleyan University hosted the recent Midwest Meet of Champions at Selby Stadium in Delaware, Ohio.  This seniors only all-star meet was contested by athletes from Indiana, Michigan and Ohio.

Team Ohio recorded the overall win with their total of 179 points.  Trailing closely behind were Team Michigan with 149 points and Team Indiana with 147 points.

Team Michigan's Khance Meyers picked up a pair of wins at the Midwest Meet of Champions. Meyers won the 100m race in a time of 10.95 and he took the 200m win with his 21.62 result.  For Team Indiana, Samuel Voelz claimed 1st place in the 800m race in an Indiana #1 time of 1:52.28 and Ryan Lipe won the Pole Vault event with his incredible vault of 17-01.  This result represents a Midwest Meet of Champions all-time record.  Daveon Finley of Indiana's Portage High School finished 1st in the 110m hurdles race with his time of 14.47. 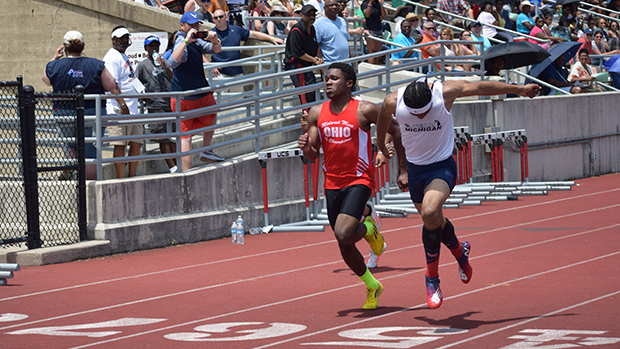 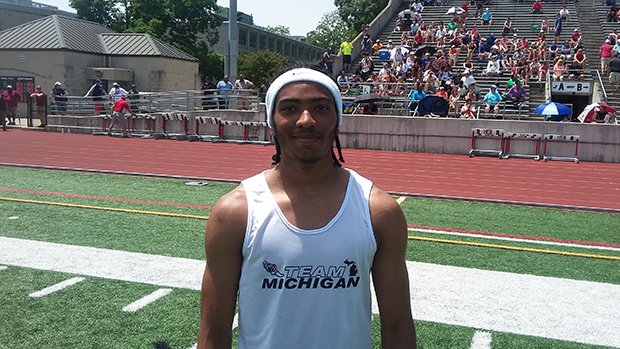 Khance Meyers won the 100m and 200m races at the Midwest Meet of Champions. 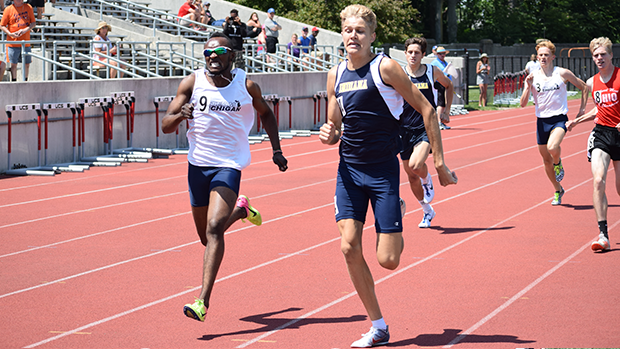 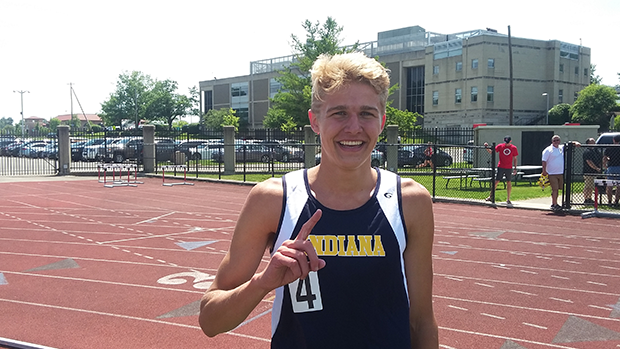 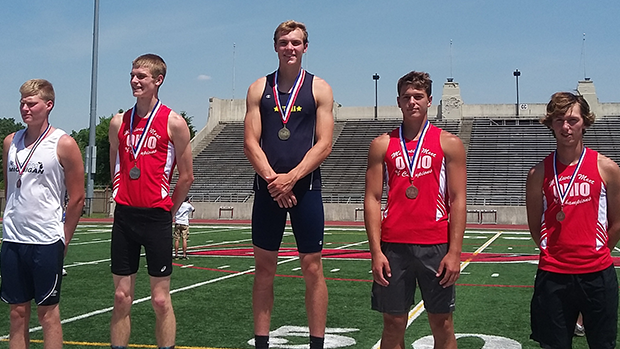 Team Indiana's Ryan Lipe will compete for the University of Alabama next year. 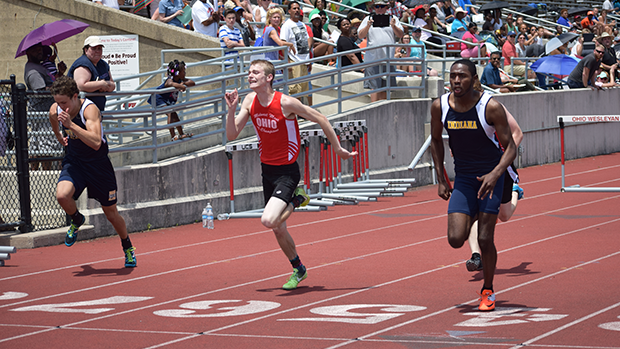 The following is a snapshot of some of Ohio's team relay and individual winners: 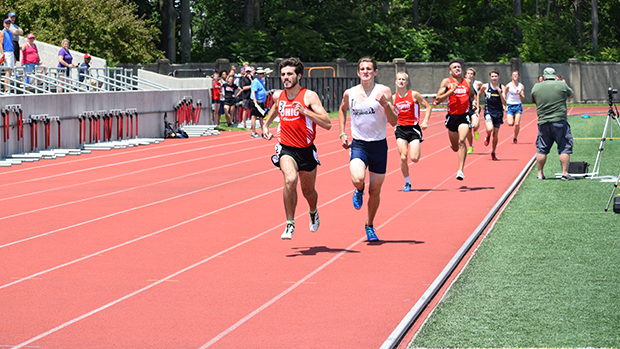 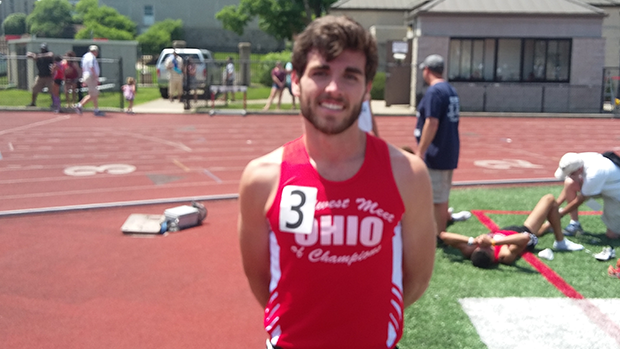 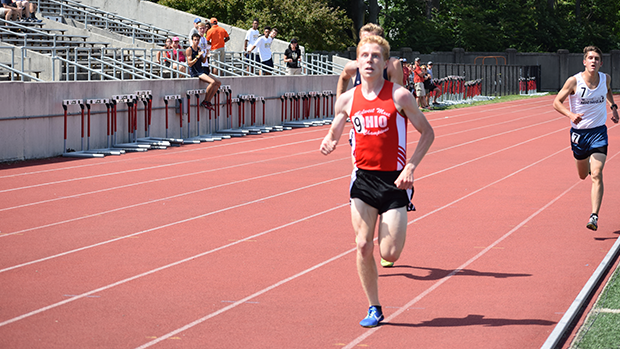 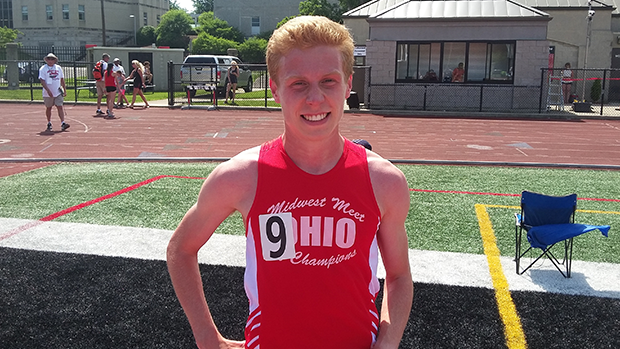 Lake Catholic's Jacob Keating will compete for the Michigan Wolverines next year. 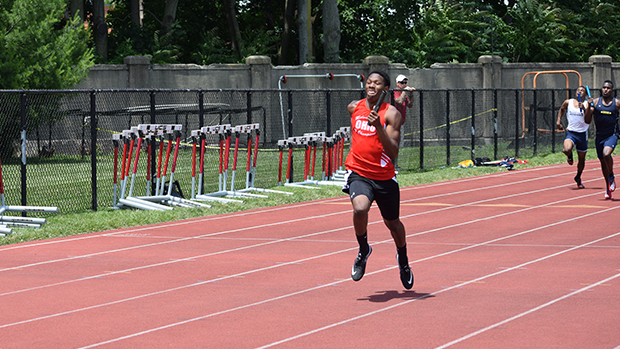 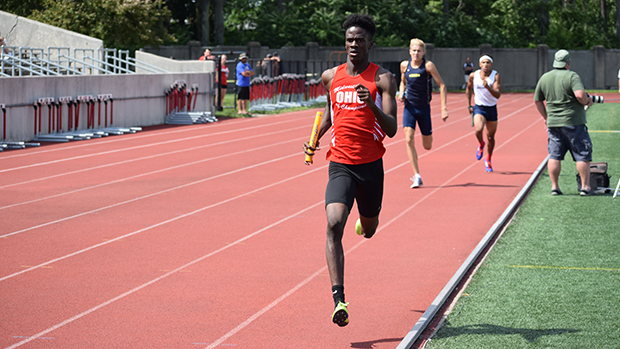 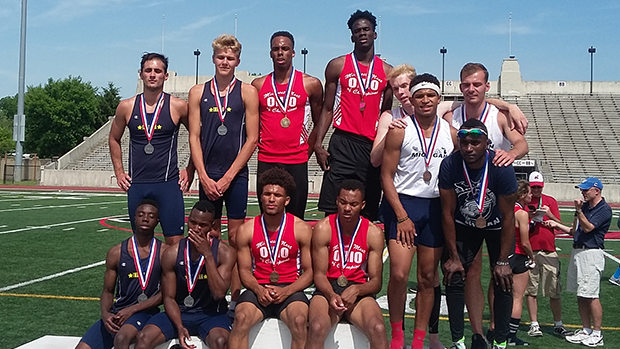 Thanks to Coach Mack of Team Ohio for inviting MileSplit Ohio to cover the exciting track and field action that took place and congratulations to all of the athletes who competed at the Midwest Meet of Champions.