The Mason Invite, presented by Buckeye Running Company is shaping up to be an epic event.  The meet will feature the top teams from Ohio and Indiana on the girls and boys sides.  Also present are amazing individuals and some of the top D2 teams in the state as well.  The boys side is headlined by the Carmel, Indiana Greyhounds who tore it up here last year, and look to be just as dominate this year.  With 4 athletes already in the 15s and a whole cast not far behind; they should be the team to beat.

The teams of Lasalle, Centerville, Elder, Hilliard Davidson and Mason will all be fighting for 2nd behind this top squad.  Anderson looks to be a team in the mix, but questions abound about their health after the heat exaustion that plagued the meets last weekend.  The front of the race should be loaded with Anderson's Nick Vogele, the Carmel contingent of Patrick Appleton, Daniel Williams, Charlie Watson and Bobby Browning, Fairborn's Jordan Redd and Austin Alpeter of Bradley all listed as possible contenders.   Beyond these D1 squads, the D2 field looks great too, with Milton Union, Wyoming and Springfield Shawnee lining up against one another in what should be a state preview.

On the girls side, the plot has thickened  in recent days.  The Carmel ladies were always planning on coming, but now state rivals Franklin Central have signed up and a great battle should ensue.  Beyond that, the Ohio rivalries will be tough as well.  Mason will have to defend their home turf against a super strong Springboro team along with the newly competitive Beavercreek, Sycamore, Hilliard Davidson and Ursuline squads.  The race is clearly Carmel’s to lose, but these other teams will have a great fight for 2nd place.  As far as the individual contenders, it appears the entire Carmel front five have a shot, and after that you have to look at Beavercreek’s Sydney Leiher, Mason’s Monic Lake, Springboro’s Rachel Mahle or Sycamore’s Samantha Siler.  The front of this race could be very hot, with nearly 20+ girls who have logged sub 19:00 efforts in their career, and well over 40 who have been under 20:00.  The race will not disappoint with very strong D1, D2, boys and girls races.  The weather looks right and the competititon is fierce so prepare for a great day of racing. 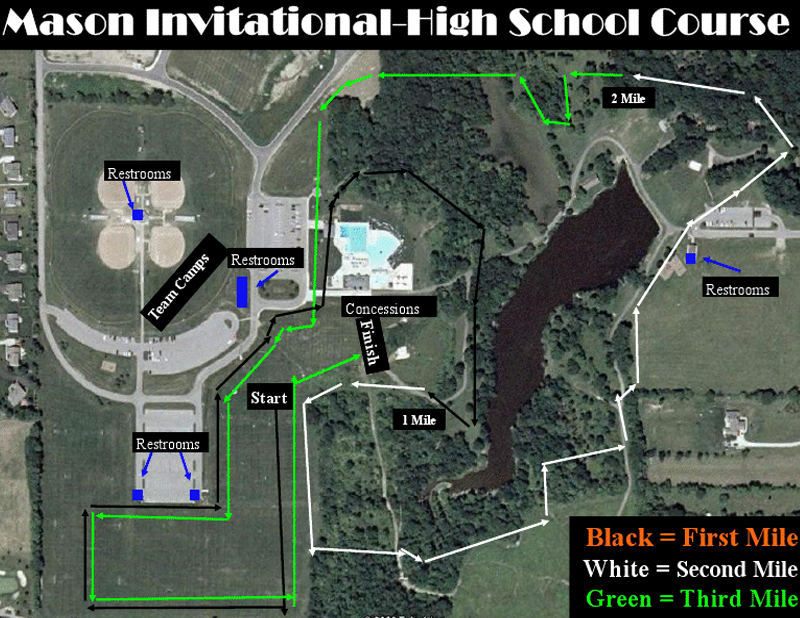