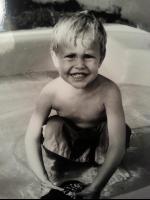 adidas Dream Watch List No. 3: Boys Mile...
Matthew Maton leads the charge with his U.S. No. 3 All-Time 3:59.38 run; scroll through the slideshow to see other Dream Mile invitees and top contenders...

Boys Top Ten Outdoor Rankings of the Last Decade...
Here is a look at the Top Ten performances outdoors in each event of the last decade: Four returning boys are currently ranked: Sr. Michael Vitucci of St. Xavier has the top spot in the 1600 with a ti...

Top Nationally Ranked 2014 Indoor Performances by Ohio ...
Who had the #1 ranked indoor performance in 2014 by a returning male?  Here are the top Ohio male performances of 2014 ranking the athletes based upon their performance and it's ranking in the MileSp...