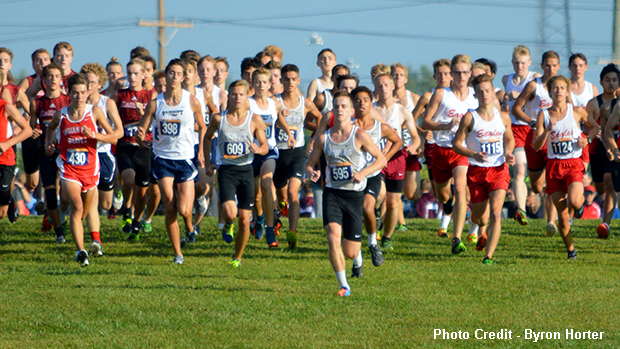 It was in the mid 50's and the condition of Lakota East's home course was pristine for the day.  Our school made sure all the holes were filled and the grass was cut short.  The team arrived to camp at 7:15 ready to go.

The varsity guys began to warm up the usual mile and a half.  Everybody was in their team issued warm ups; everything felt composed and almost professional.  You could just feel the vibe that the team was going to race well and felt more confident than usual.  We got back to camp and stretched, did drills, then strides a few minutes before the race.  Everybody on the team was very familiar with this course, some having run it 10+ times.

The gun went off and I went out fast, but not as fast as usual right out of the gate.  I wanted to try to run this race fairly even, but it seemed almost inevitable that I'd go out fast.  So instead of gunning it from the start, I gradually worked into my pace.  I was right on where I wanted to be through the first half mile, running 4:40 pace.  I felt relaxed and was able to maintain this pace all the way through the mile mark running 4:40 on the dot.  I knew the next mile would be my most important mile, so I made sure that I remained very focused and efficient.  I picked up my knees and made sure my arms were pumping productively.  Soon I was met by my coach and the crowd who cheered me on through the two mile point, where I hit 9:30.  Coming off a 4:50 second mile, I was feeling confident it was my day to go further under 15.  I pushed up the slight incline that brought me to the last half mile or so of the race and pushed towards the minor downhill that would lead me to the turnoff to the finish.  With about 400m to go, my coach shouted to me that all I need to do to run my goal time for the week was run an 80 second quarter mile.  At that point I knew I had what it took to get it and picked up the pace a little more.  I came through the third mile having run another 4:50, only a few strides from the finish line.  I was happy to see the 14 on the board for sure.

The run at Voice of America Park was a culmination of my hard work so far this season and my confidence in my abilities this early.  As our first official meet of the year, I felt very good about the time I ran and thank God for getting me started on the right foot this season.  I feel like I have a higher ceiling than this, and I'll be back for more next weekend at the Hilliard Hot Summer Bash. 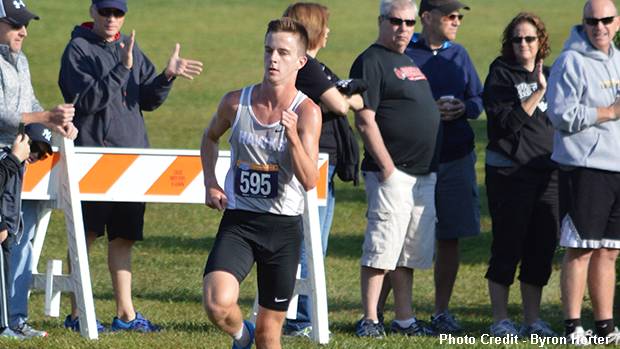 Lakota East's Dustin Horter will be back in action at this weekend's Hilliard Hot Summer Bash.