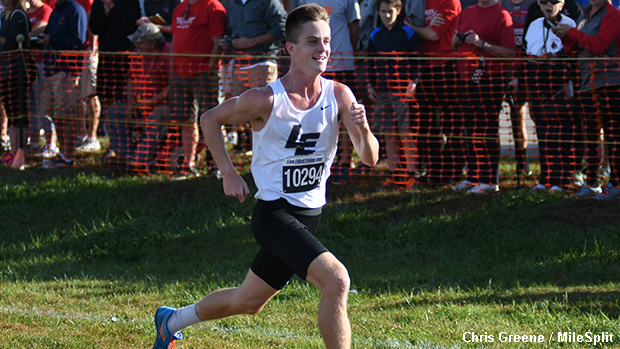 Back at VOA, it was time for the teams' Southwest district meet.  It was another great day, similar to the previous week with temperatures of about 60-65 degrees and little wind.  The game plan for this race was to run comfortably and simply grab the low stick for my team to work with.  If we qualified, it would be the men's team's 7th consecutive regional appearance.  We did not want to let this streak end on Saturday.

The crew warmed up 1.5 miles as usual.  For the seniors, it would be our last warm up for a race at VOA.   We stretched back at camp and completed drills and strides.  Soon after we prayed as a group, I prayed on my own, continued some drills and by that time it was time to race.

The gun sounded for our final race at VOA.  I came off the line confidently and took the lead, expanding it instantly.  The goal was for me to run comfortably by getting away from the pack early and riding easy.  By the half mile, I was on pace for a 4:40 mile and really didn't flex to reach that on the first one.  I came through the line in 4:37 and felt great, better than the previous week.  With no pressure to push, I simply relaxed the second mile.  I tried to loosen up and have a good time with things on the course.  All I could think about was how this was like my farewell tour on a course that I've come to know and love.  It didn't feel fast and really wasn't that quick, but through the two mile I was sitting at about 9:33.  Coach granted me the ability to run quickly the last half mile or so and feeling really good the previous 2.5 miles, I decided to push myself for the last portion of the run. With about 500m to go, I started to kick and felt like I was simply striding to the finish.  The whole crowd was around the turn and the tangents of the course put me so close to the crowd I could've touched them.  It was nice to have them in my face though and after getting around the last tree and seeing the clock, I realized I had a chance to go sub 15 even though my coach and I never planned on it.  I brought out the hands and ran harder to achieve just that: 14:58 through the line.  A nice surprise to cap off my career at my home course.

The team as whole finished third and we were excited to hear we would be moving on to the regional meet.  It was a tradition and we did not want to be the team to end it.  As an individual, I felt good about how I ran and expanded on my coach and I's plan for this post season.  It was a fun meet, but I need to be all focus and eyes forward for the next few weeks of quality competition.

I haven't included a special moment in a while, so I wanted to add that it was great to see our Lakota East girls and guys XC teams run awesome races on Saturday.  The girls were district runner-up by 1 point.  All of them stepped up huge and had a great run at VOA including my sister Danielle, who finished 3rd overall. 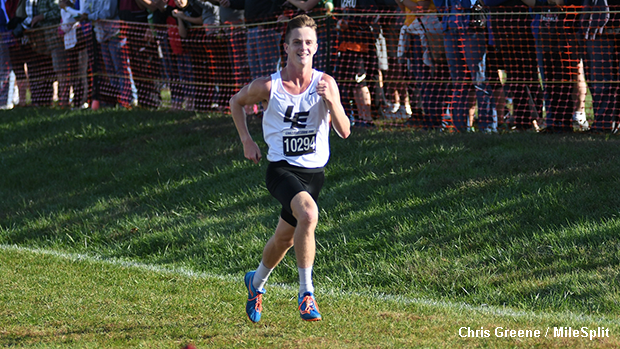 Dustin Horter is focused and ready to take on stronger competition at the Troy Region meet.