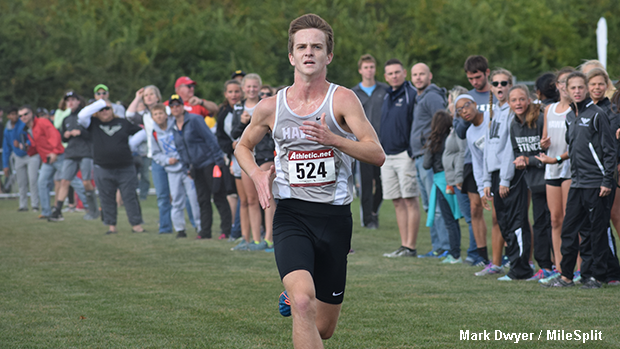 It was a beautiful day outside, about 70 degrees and no wind.  The course looked great, as the grass was trimmed down like a putting green.  I knew it would be a fast day with some quality competition in Zach Kreft who had already run 15:04 before this race.  The goal was to bust out a good time since the Hilliard Davidson Hot Summer Bash conditions were not in our favor.

The team warmed up with the usual 1.5 miles, stretched, did drills and followed up with strides.  We then huddled up to pray, afterward I prayed separately in the middle of the field, win or lose, give the glory to God.

The gun blasted and everyone darted off the line.  I moved to the front immediately and was met by Kreft instantly.  We ran side by side for about a quarter mile until I took the lead for a while.  You could tell the pressure was on the pace, but it didn't seem like a harder mile than usual.  With Kreft right on me, we went through the line in 4:35.  This was about 5-10 seconds faster than any other previous mile split this season, but I was ready for this situation to present itself.  I maintained with Kreft throughout the second mile and simply tried to keep up what we started.  By the time we reached the 1.5 mile mark, my coach shouted we were on pace for 9:20 and I was still feeling good.  Come the two mile, Kreft and I were still side by side and we hit 9:25 and were rolling steady.  The last 1.1 was a challenge.  The pace increased and the feeling I had during the first mile began to diminish.  With about half a mile to go, Kreft took the lead with a strong move and I was unable to respond.  Even with a fairly strong kick, he was not able to be caught at that point.  He opened up a 7 second gap on me by the time we finished, he ran 14:29, I ran 14:36. 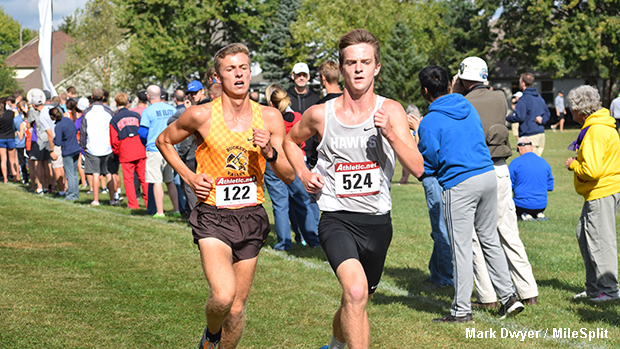 Zach Kreft and Dustin Horter ran the top two times in the country this season.

The time for us both was fantastic, a great effort all around.  However it was one of those races that you look back on and ask yourself if there was anything else you could possibly do to stay up there longer.  I feel like I got beat by Kreft, who had an extraordinary race, I didn't lose.  I simply got beat that day.  My initial reaction once I was away from the hype was that this was just the kind of adversity that I needed to fuel me through the second half of the season and heading into the postseason.  I'm excited to start the real racing, having great confidence in my training that I will peak at the right time. 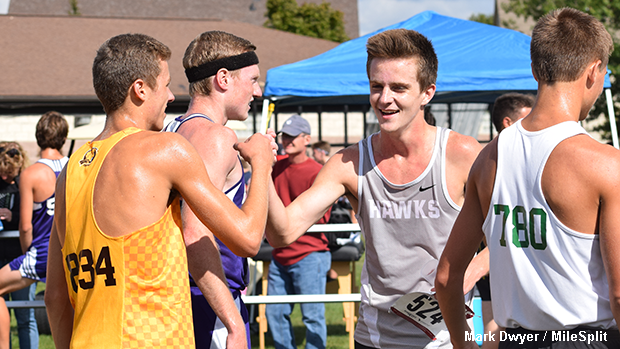 Zach Kreft and Dustin Horter congratulating each other on a job well done, post-race.